Angela is a very special lady. Each season when every other charter crew is relaxing at home, Angela is somewhere new in Europe doing a refresher cuisine courses. Winner of 3 cuisine awards at various boat shows, she is considered one of the very best charter yacht chefs and is well-versed in the art of Sommelier presentation.

Chef Angela Smith’s first official job at the age of 14 was the Assistant Baker at Brant Lake Camp, and then went on to complete her chef training in Culinary, Pastry and Restaurant Management in Houston, Texas. She owned and operated her own catering and special events company for 14 years in the Houston area.

Angela continued to work in the industry as a Serve-Safe Instructor and Business Development Manager for a French culinary school and as a Special Events Coordinator for Space Center Houston, the visitor’s center for NASA.

One of her career highlights was being named the Lean Body Chef for Labrada Nutrition. This position allowed her the opportunity to develop healthy recipes for foods that are typically off limits to both amateur and professional bodybuilders.

After moving to Hawaii, Angela became the Corporate Pastry Chef for Y. Hata & Co., the largest food service distributor in the islands. She was named “One of the best up and coming chefs in Hawaii” by Castle and Cooke and became the Pastry Advisor/Coach for the Army Culinary Olympic Team. 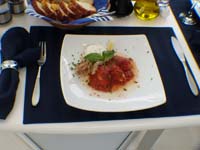 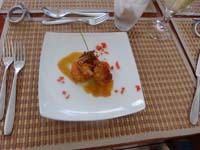 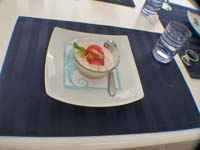 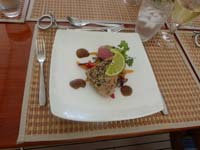 Angela was the creative talent behind Maui’s WM the Restaurant, where she performed the dual role of Executive Chef and Executive Pastry Chef.

She then went on to become the Executive Chef for the two Ruth’s Chris Steakhouse restaurants on Maui.

Angela has won many best cuisine awards, and we are very proud to be associated with her and her wonderful cuisine.

Captain Glenn is the pillar of strength behind Angela and enjoys seeing her strive for the top. Glenn is charming, polite and a pleasure to be around at all times. His Caribbean Dream catamaran charters are always a cut above the rest.


Read more about the Caribbean Dream and look into your future Caribbean home away from home Click Here: