Emancipation Celebrations in the Virgin Islands 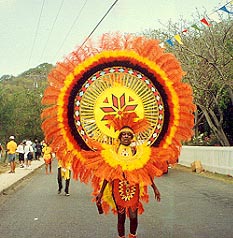 The Annual 14 day EMANCIPATION FESTIVAL in the British Virgin Islands

By Jan Critchley of BVI fame.

Two weeks each summer the British Virgin Islands come alive with one of the hottest festivals in the Caribbean. Commencing July 22 and continuing until August 5, the BVI explodes with a carnival atmosphere of Parades, performances, dancing, horse racing, parties, boat races and many other special events. Tents are set up with rides for children and many other happy sports to have fun with.

The major attraction is the festival parade which is held on the first Monday of August. Hundreds of people line 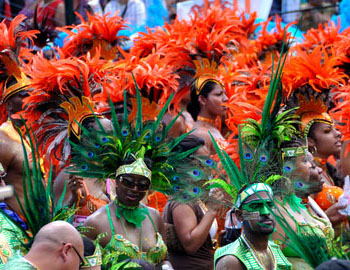 the road way to watch the decorated Floats, Soca Bands all vying for “best float” all floats are supported by colorful energetic troupes dancing their way to the festival Village. Jumbies on stilts wonder in and around them. This is an electric parade of gorgeous costumes, smiling faces, lots of dancing and music as both parade participants and the crowd jump to the beat.

The Mocko Jumbies are an important aspect to this festival, colorful adults and children dress and perform all sorts of gravity defying dancing and balancing acts while standing on 6-8 foot high stilts. The stilts are hidden by their fancy dress, so it looks like they merely have super long legs. This August festival as it is known, also marks an important west Indian Tradition which is freed the slaves. On August 1st 1834 the Emancipation Act freed the slaves and abolished slavery in the British West Indies. This festival is not only historical and morally significant but also pays tribute Caribbean life and culture. Everyone is invited to enjoy the fun from Government officials to residents and visitors alike – this is just a celebration of freedom for everyone to enjoy.

The center of activity is the Capital, Road Town at the festival village. Commencing on July 22 the village is open every evening for festival and is always bursting at the seems with festival goers. Under tents you can find fun-fair rides and creative booths offering tantalizing local fare food drinks all line the fair ground. The center is the stage where top musical entertainers grace the stage nightly. All types of music is played before enthusiastic audience, including Fungi music, reggae and Calypso all competing among all the other festivities offered. 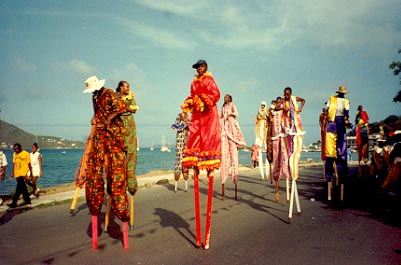 The festivities really gets underway with a procession to the Sunday Well the 31st July for the remembrance service followed by local entertainment. J’Ouvert or the Rise and Shine Tramp (this is a parade which starts before sunrise) takes place on August 1 st followed by the Festival Parade later in the day. You can hear this parade coming from many miles away. August 2 is the Governors verses The Premier Sloop Race, then horse racing at Sea Cows Bay. The festival moves to East End the next day for the festival parade and then to the Carrot Bay Cultural Fiesta which commence August 4. It is here where to find a lot of family fun, log boat races, greased pig and donkey races, very popular.

Visitors and residents who are fortunate to be on the island during festival are all encouraged to join in and have fun. So during your luxury yacht charter have your captain cruise into Road town to take a peek.