A true story about a little boy's wish. 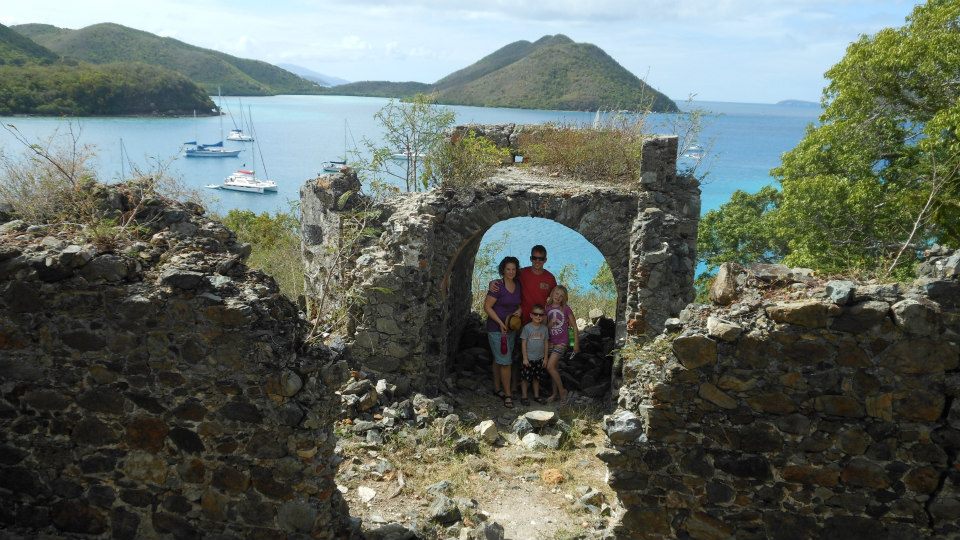 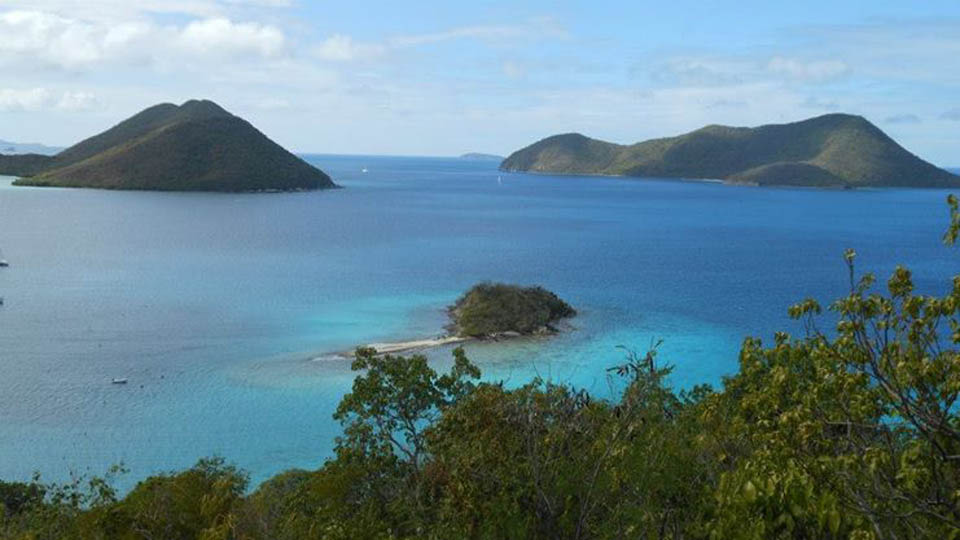 The wish foundation wanted to grant a six year old boy, SAM, his one wish and he wished to be like Johnny Depp, a Pirate of the Caribbean who found treasure. So Karen McKenna of the Children's Wish Foundation in Canada contacted Barrington-Hall yachts to ask what we could do to meet the little boy's desire. Our plan was to set up a pirate's map so the Dad could put that map into Sam's Christmas stocking for Christmas day. This we did, plus instead of burying the treasure, we knew of a small out of the way cave, that very few charter captains know exist, and the map ended at the mouth of this cave on an uninhabited island in the British Virgin Islands. The trees and green bush around this cave hide the entrance of the cave, a perfect spot. We rented SANDCASTLE Yacht Charters and explained what the little boy (SAM) wished for. The captain Rik and chef Ann loved the idea. Sam's dad mailed 2 real quite scary swords and also a wooden treasure chest with doubloons and a pile of jewelry and the stage was set to make Sam's wish come true. 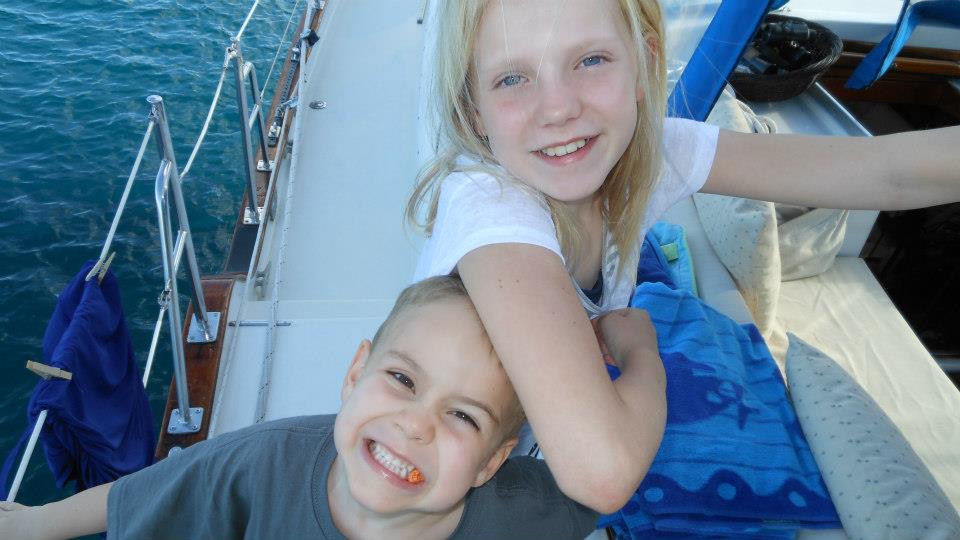 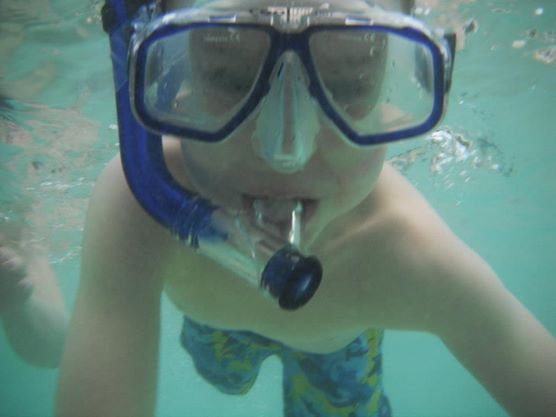 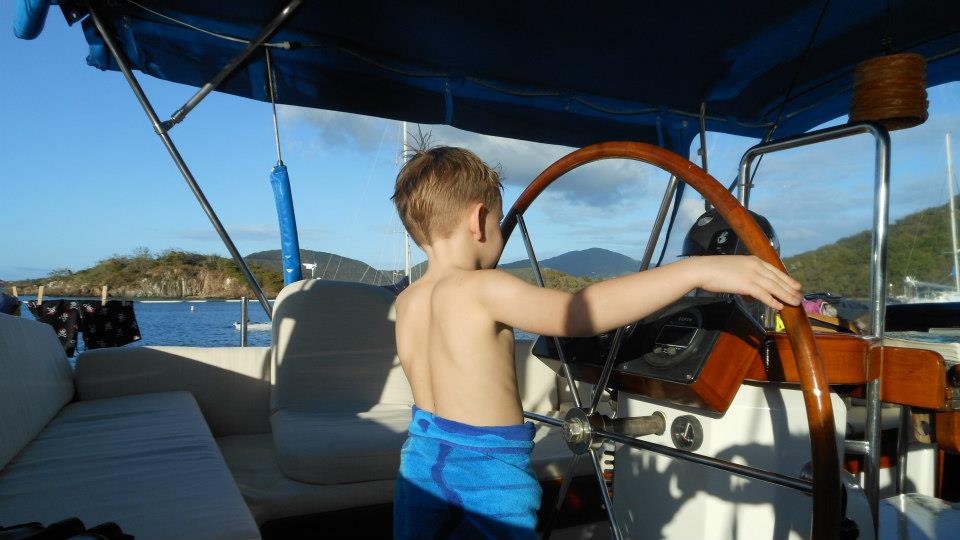 The little boy found his pirate map on Christmas day in his Christmas stocking and wanted to leave that same day to go to the pirate yacht, wow this was hard to keep the young man's feet on the ground, everyday was 10 years for the little gentleman. Eventually the day arrived and they were off to find pirate's treasure just like Johnny Depp. Once on board the trusty sailing yacht Sandcastle with captain Rik and Ann the map was opened and they followed directions to this small hidden cave on this uninhabited island.
Below is a letter to the Dad 14 months after the charter, after Barrington-Hall's C.E.O. was sitting on board SANDCASTLE discussing this charter. The family we are discussing are Steve,Julie, Hannah and Sam Morrier. 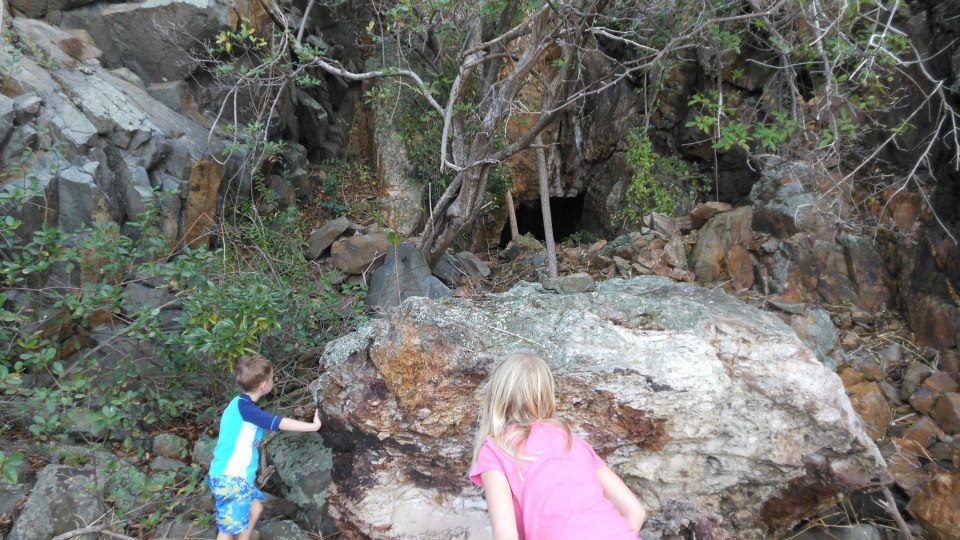 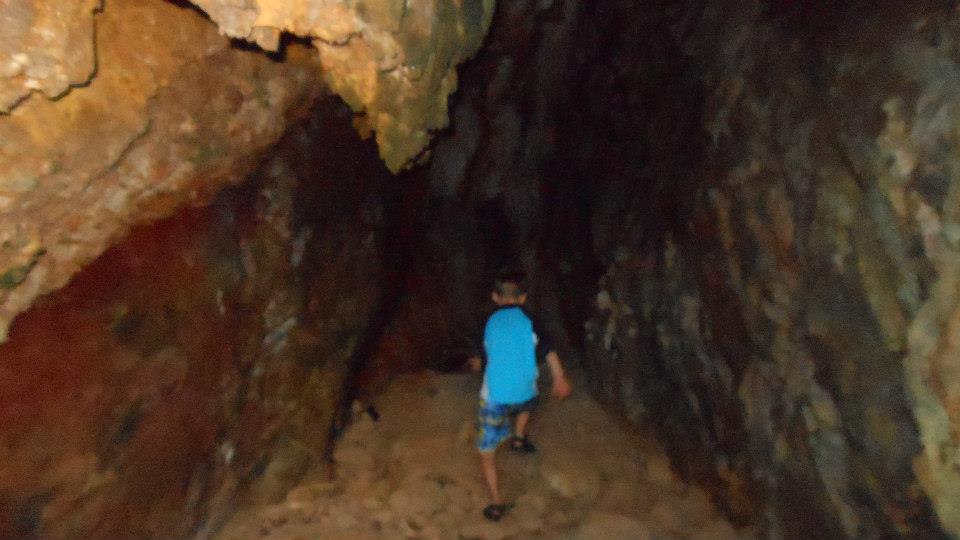 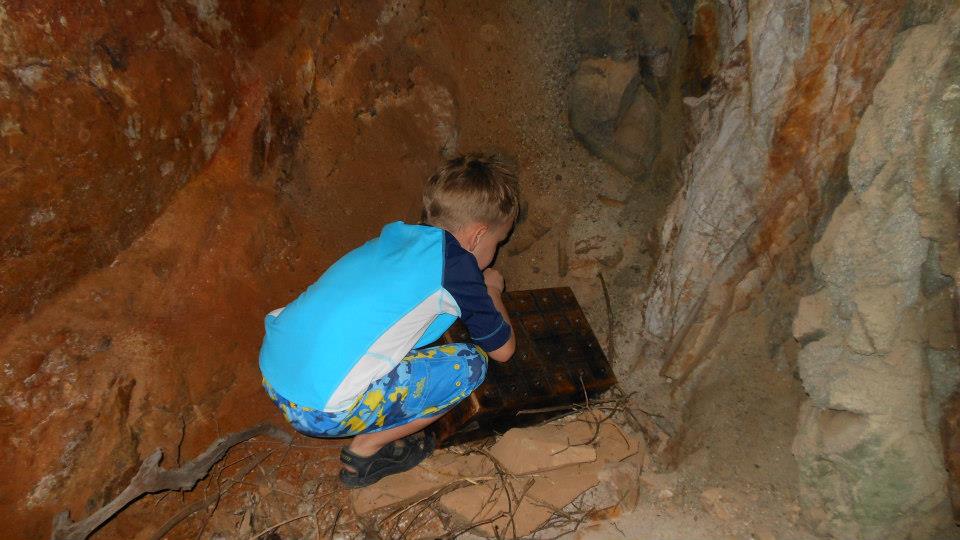 Hi, Andrew here. Always very good to touch base with you and I hope your tiger Sam is running around like he should. I know Hanna is a ball of fire. November 12, 2014 I was sitting speaking with Rik and Ann on board yacht SANDCASTLE at our annual charter brokers boat show in the Caribbean Virgin Islands, when the biggest compliment was given to you and your family.
Yes our talks edged towards SAM'S WISH to find treasure like Johnny Depp, this wish was more than realized by Karin McKenna of the Children's Wish foundation of Canada. I hope to send Karin a copy of this true story. Basically here is how that conversation went. Rick and Ann have been chartering since 1988 and have had a wonderful inning doing this profession proud. Both said almost together Andrew the best charter we ever did was the little MORRIER BOY Sam for the Wish foundation. OH my gosh the magnitude of that statement was sooooo special to fully understand. Andrew that charter worked out perfectly, Steve, Sam's dad, managed to get the swords through the mail and all of the treasure arrived intact. How the swords got through customs I will never know, keep in mind we have to take our shoes off when walking through checkpoints. OH well I suppose no one was holding the swords. The swords were too shiny so we had to make them look dull with age. 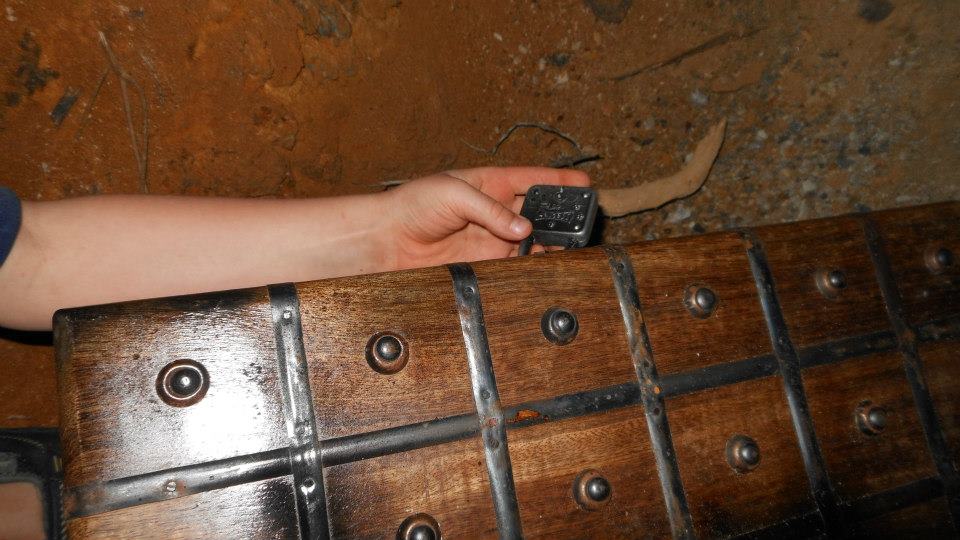 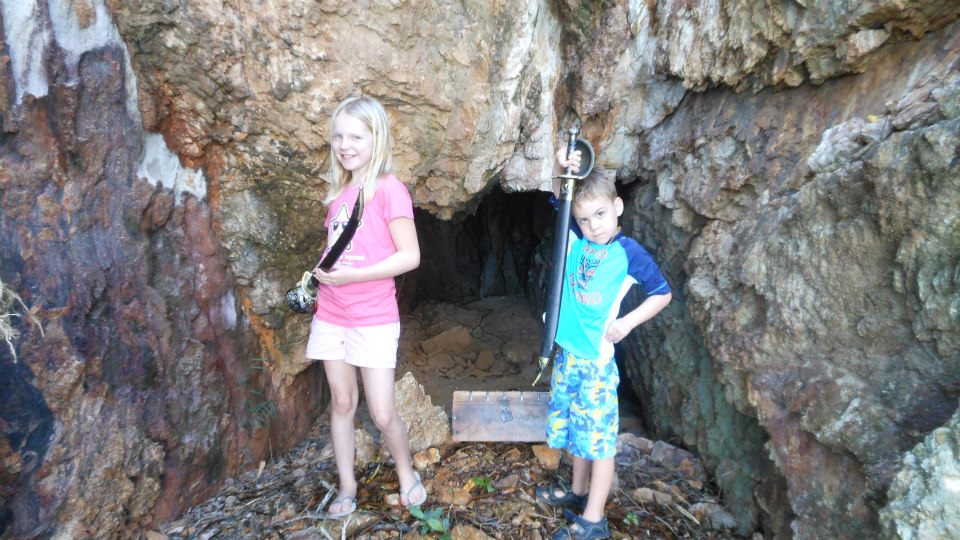 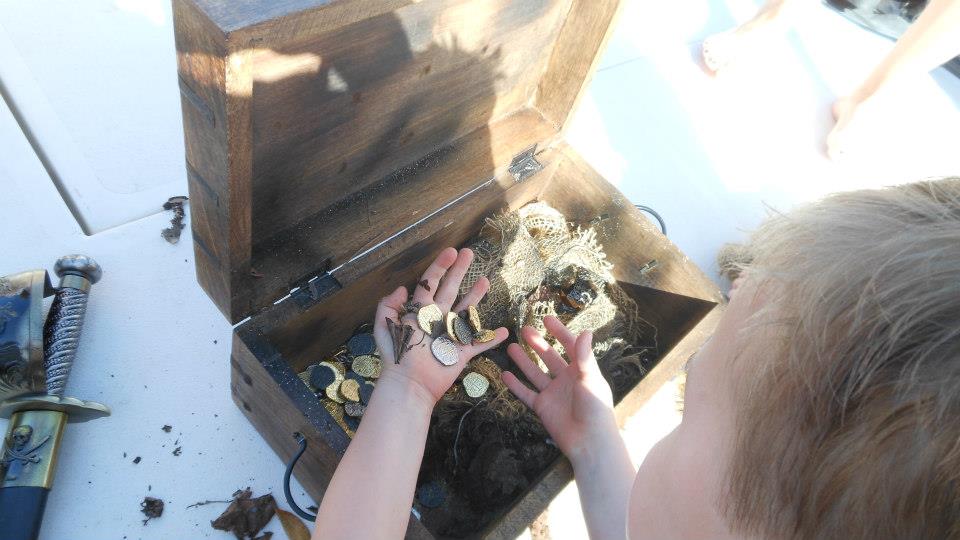 Andrew we did not know that specific cave existed, so well done, what a perfect spot to hide "the booty". We followed the map past an island with a dove's name, then due south past some Native Americans and anchored at an uninhabited island with a name like STORE MAN, but a No goes in place of the store, then we follows the path in our tender to "X" marks the spot. 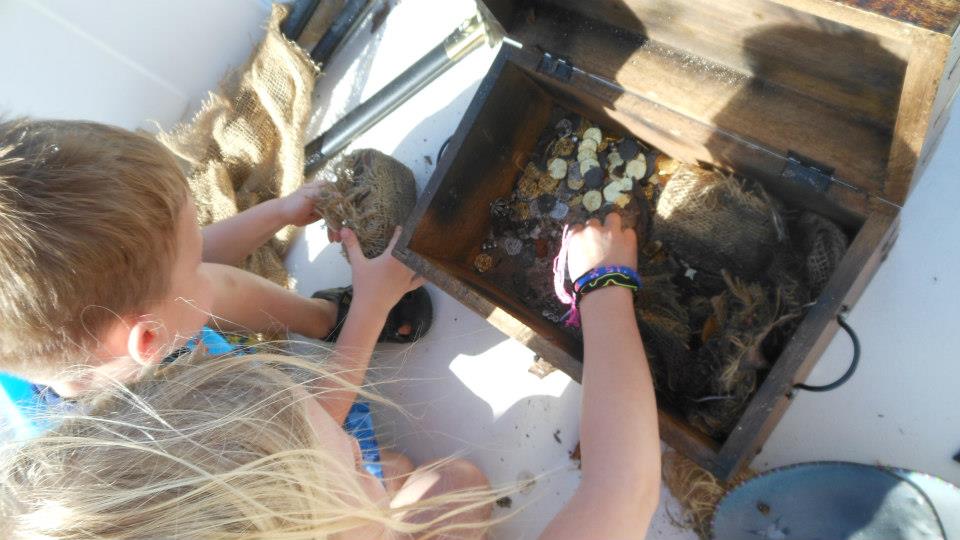 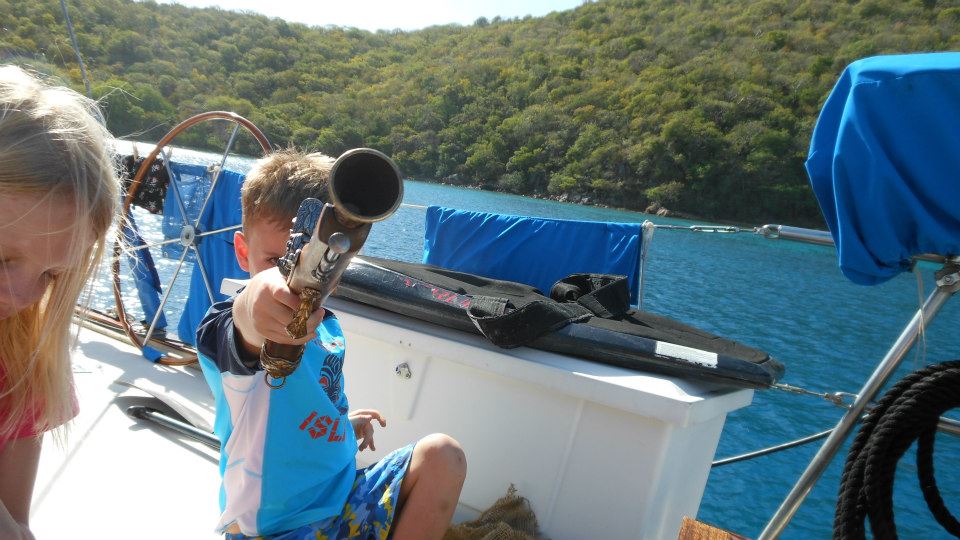 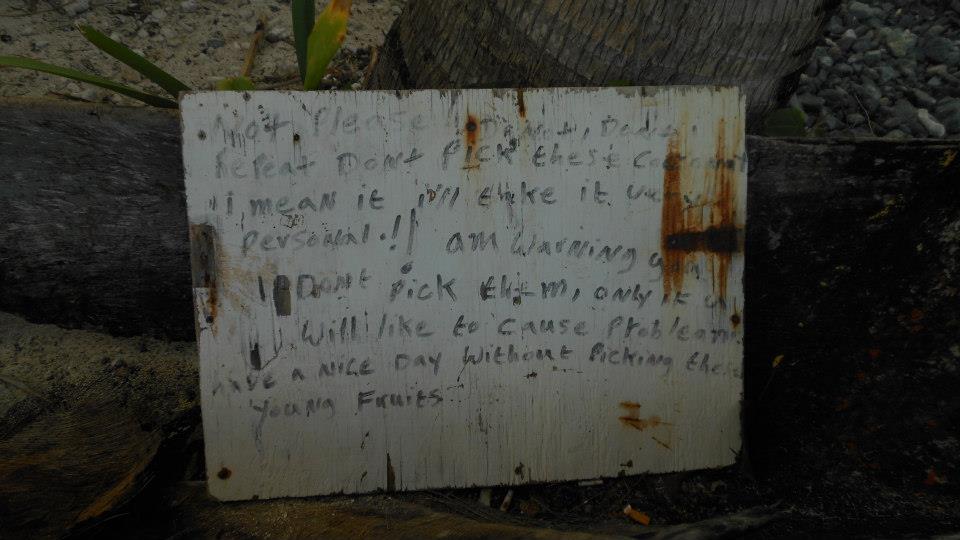 Sam could see the cave from the tender and almost walked on water, thank you Hanna for holding your brother back he would have bolted across the water to get to the cave. Captain Rik and Steve helped Sam and Hannah to shore and Ann and Julie tried to hold the dinghy in place in spite of the waves and chop, it was easy to see how the treasure stayed hidden all these years. When inside Sam shouted there is treasure here in a real pirate's Treasure chest, there are 2 swords here, excitedly, and he pulled one out of the sheath. Ann said, let's open it on board because the water is sloshing into the tender and it is difficult to remain here, one sword was being waved around in excitement. Wonderful Hanna at age 10 was watching and listening and trying to work out if this could all be true. She wasn't convinced of finding a real treasure, and Hanna had seen fake doubloons in St Thomas that said copy on the back, so she would know immediately once she could see the coins for herself. 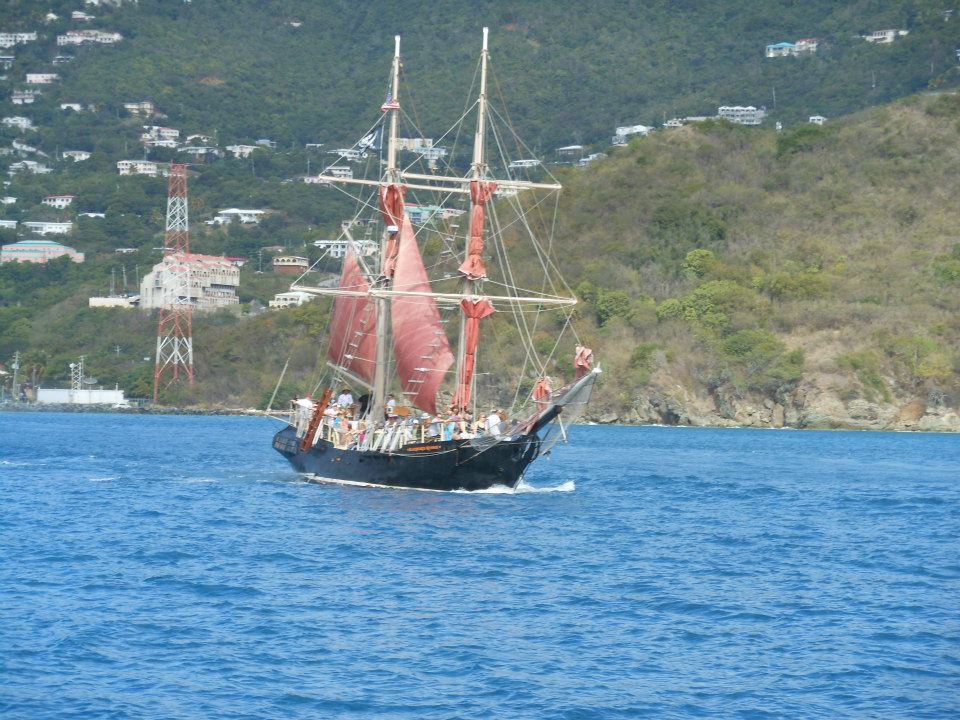 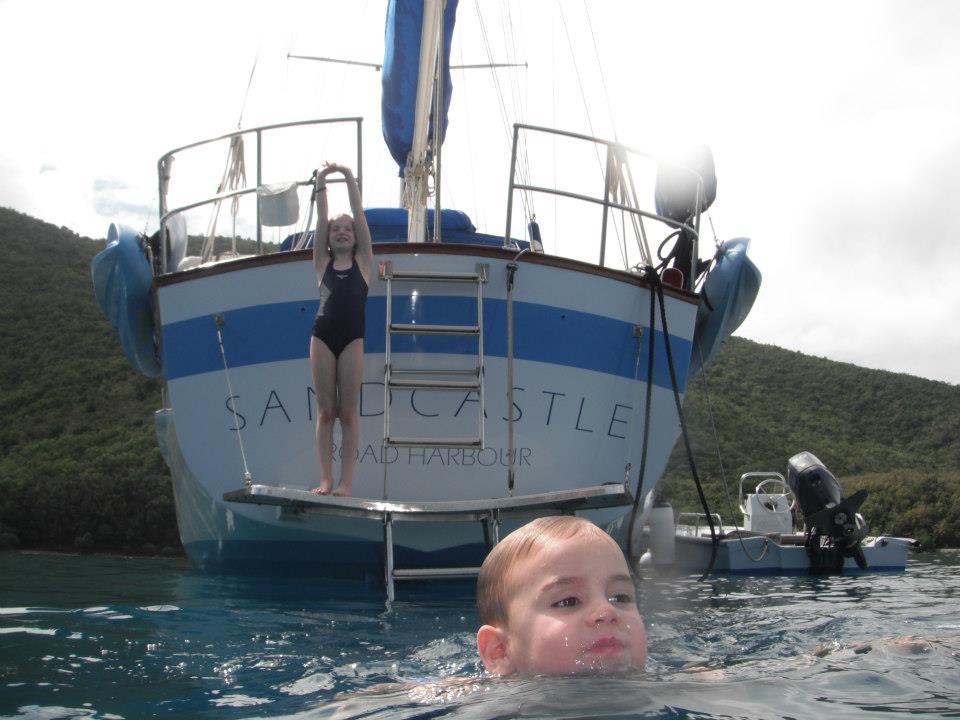 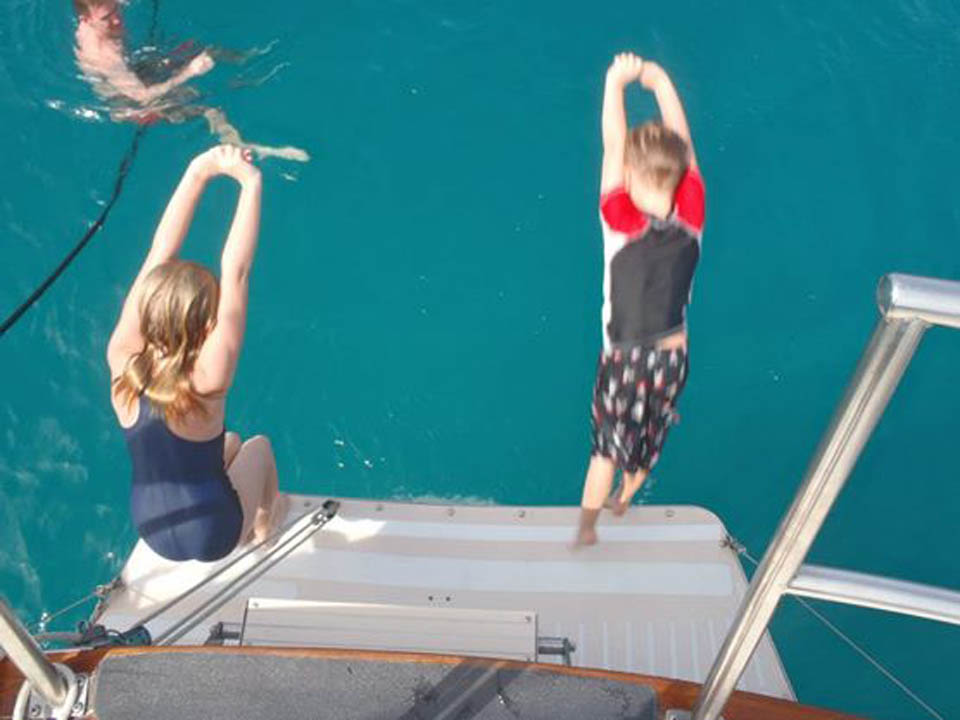 Once on board hastily the treasure chest was opened, after fighting their way past a locked lock, the chest opened to show jewelry, a musket, and out came the doubloons, but Hanna picked one up and turned it around. Nothing on the reverse face said copy. Now it was Hanna's turn to scream, "it is real" so now she also felt this was indeed REAL pirate's treasure. There were 5 of us rolling around in the SANDCASTLE salon imagining what transpired when the children opened that real pirate treasure. Tears of joy ran down my face. 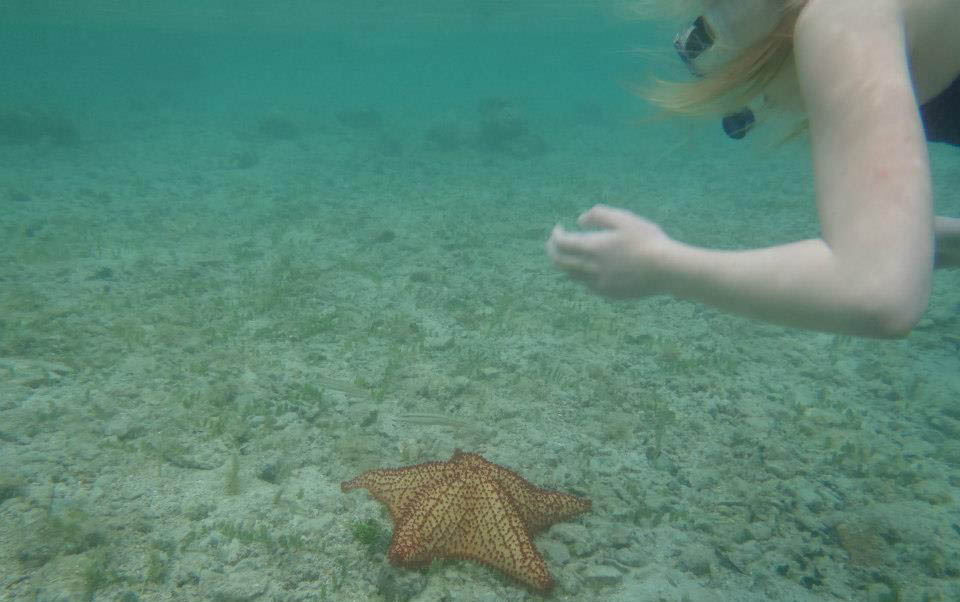 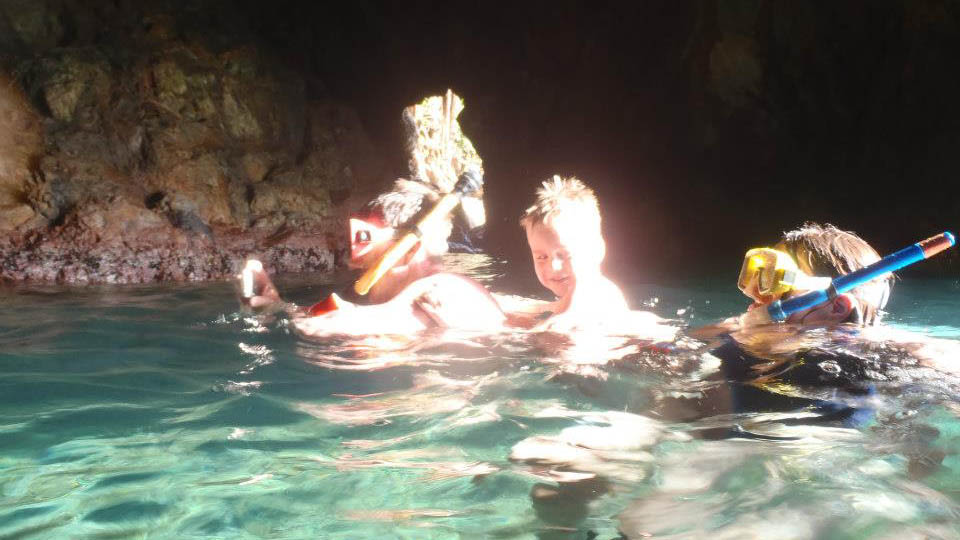 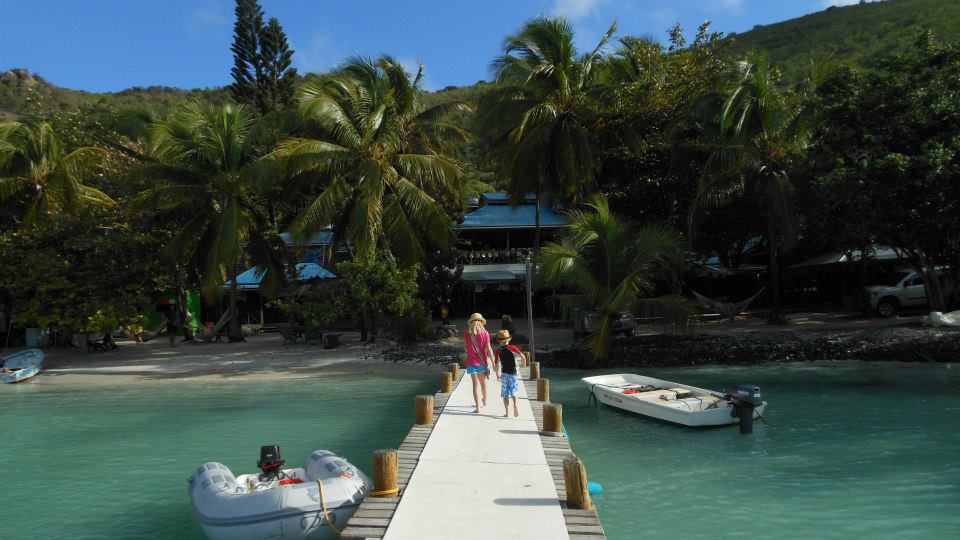 Rick and Ann said that was their best yacht charter in all the years of chartering. 28 years WOW. Sam's treasure now spends time under Sam's bed at home, finders is keepers. Sam learned that at school.
Thank you Steve for putting so much effort into making your boy feel so good. I have been trying to get hold of KARIN McKenna to tell her this little story. What a lot of fun this turned out to be. I will attach the "real" pictures you sent me during your trip so that Karen McKenna and anyone reading this enjoys the impact "Children's wish foundation " had on one little big boy, his family and everyone else. Thank you to everyone. My plan now is to add this to my web site.
Note from Captain Rik: By the way there is a position opened up for a small boy on the sailing ship SANDCASTLE and they are looking for applicants to join and work on board. Kindly touch base with me if you know of such a young man who may fill this position, if so , would you forward his CV to the captain? 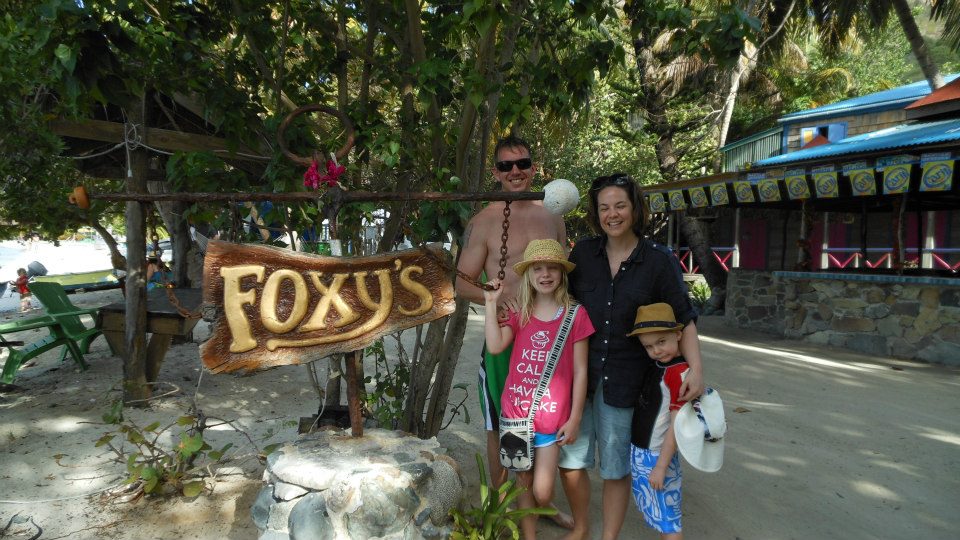 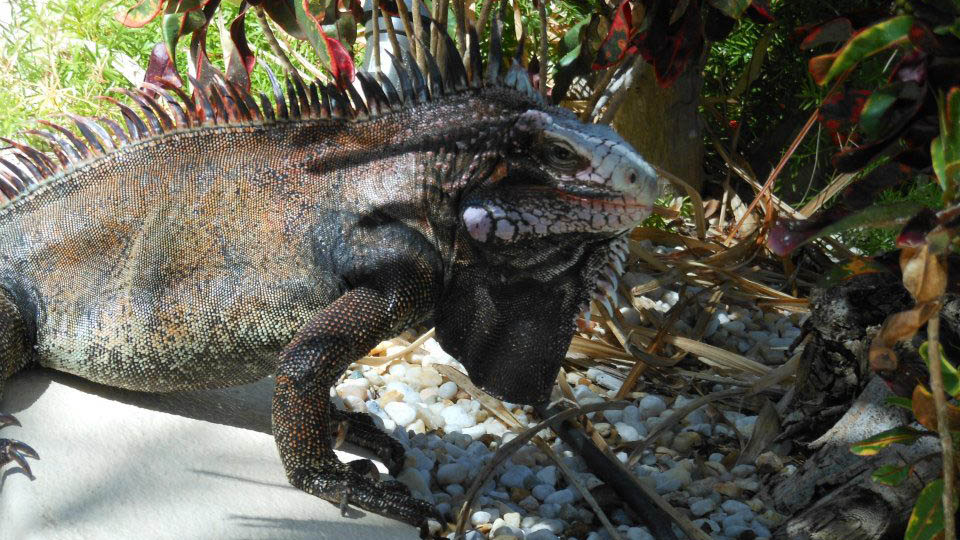 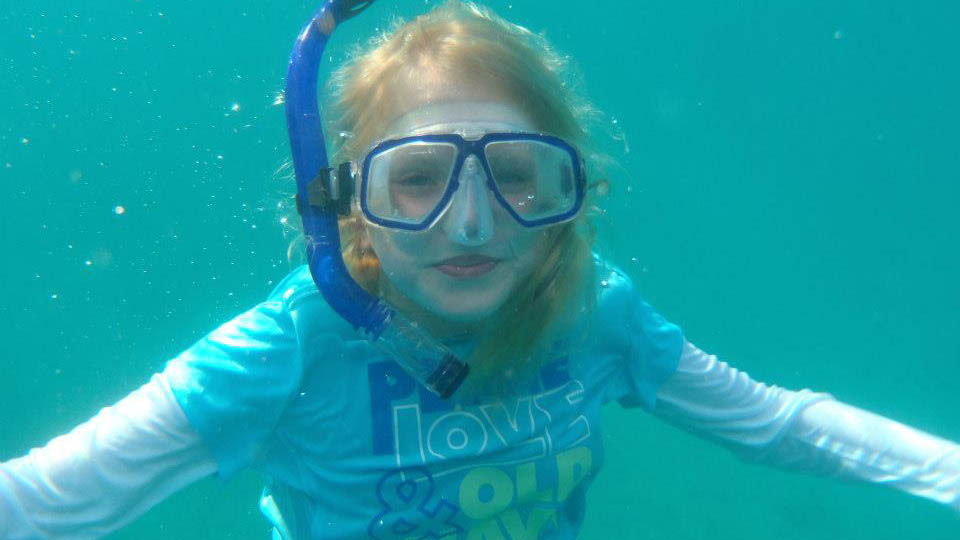