At Barrington Hall we provide yacht charters around the world on motor yachts, catamarans and monohull sailboats. The Power Yacht listed below, GIOIA, is one of the many yachts we offer for charter. Please contact us for up to date information on GIOIA or any other yachts in your desired location. 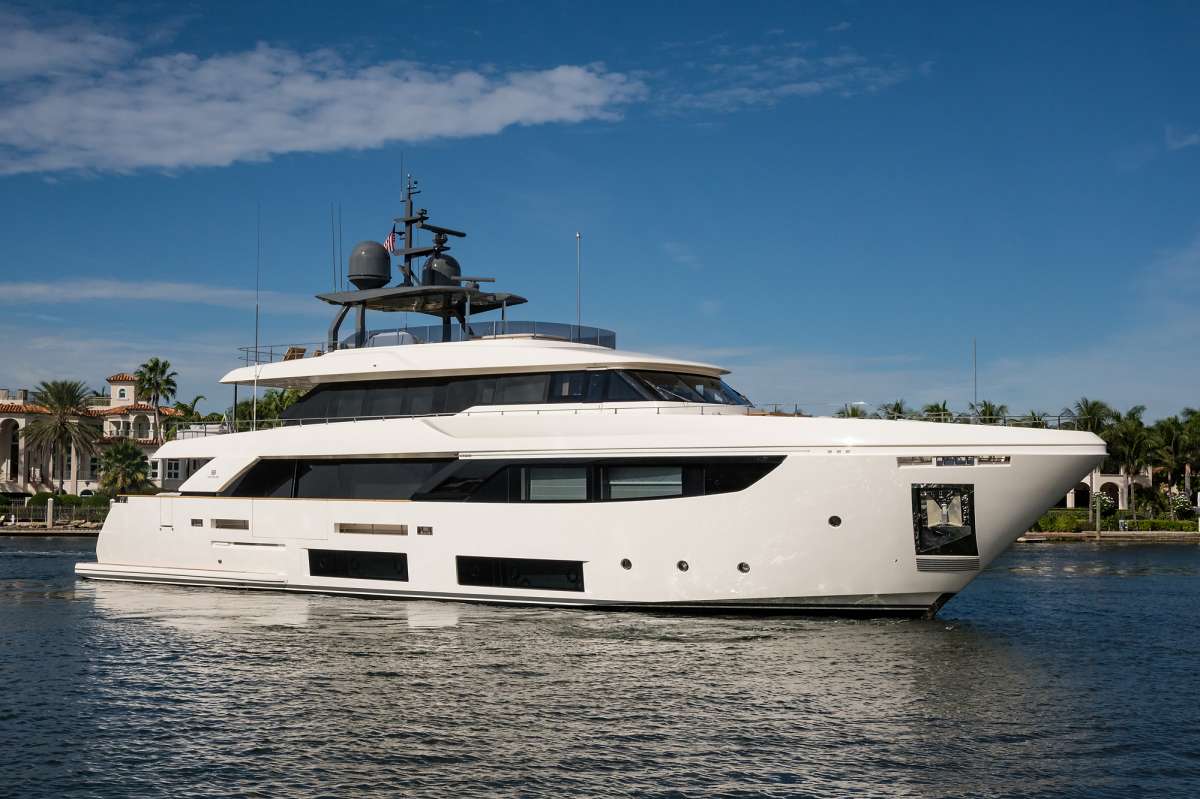 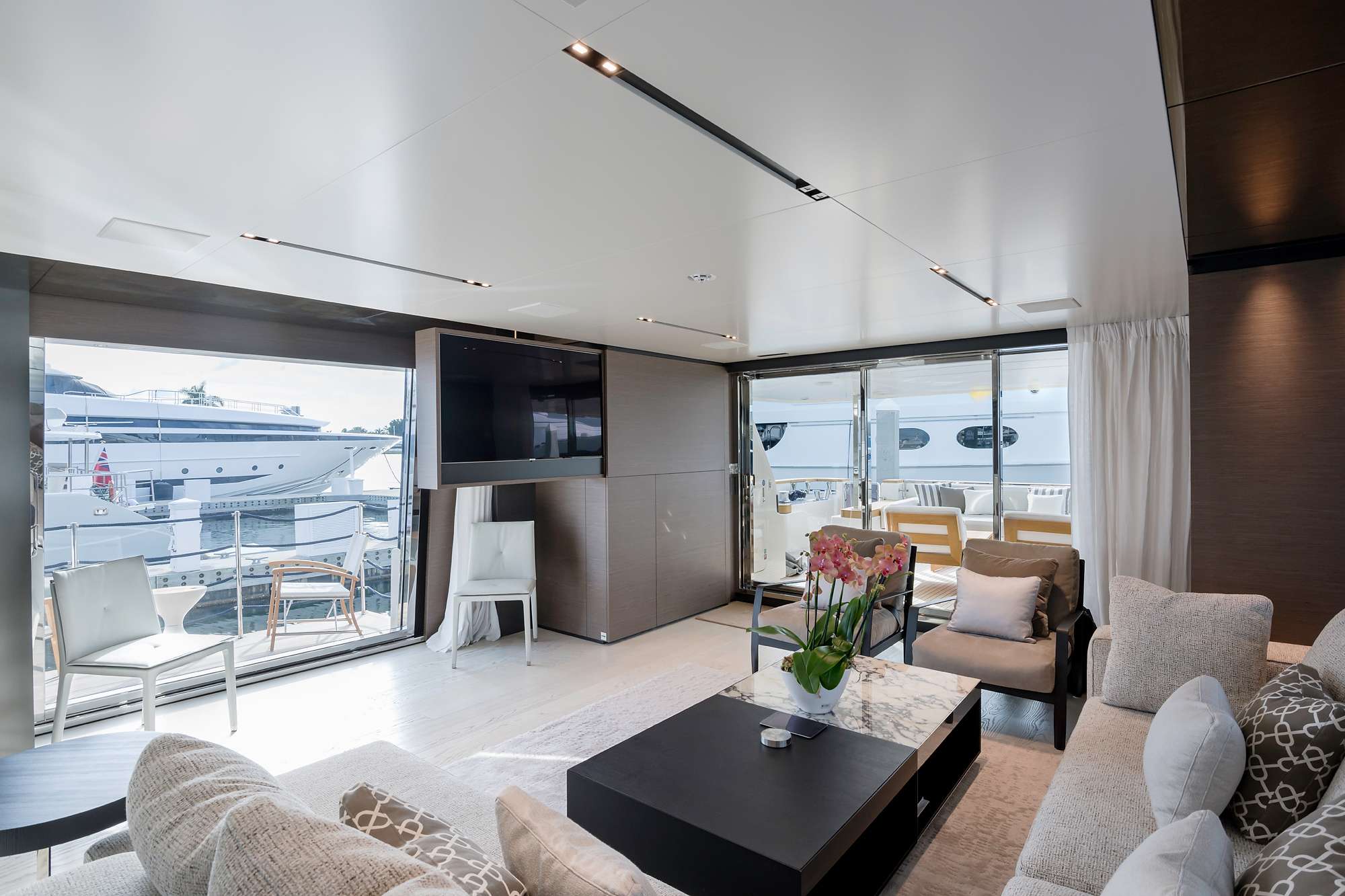 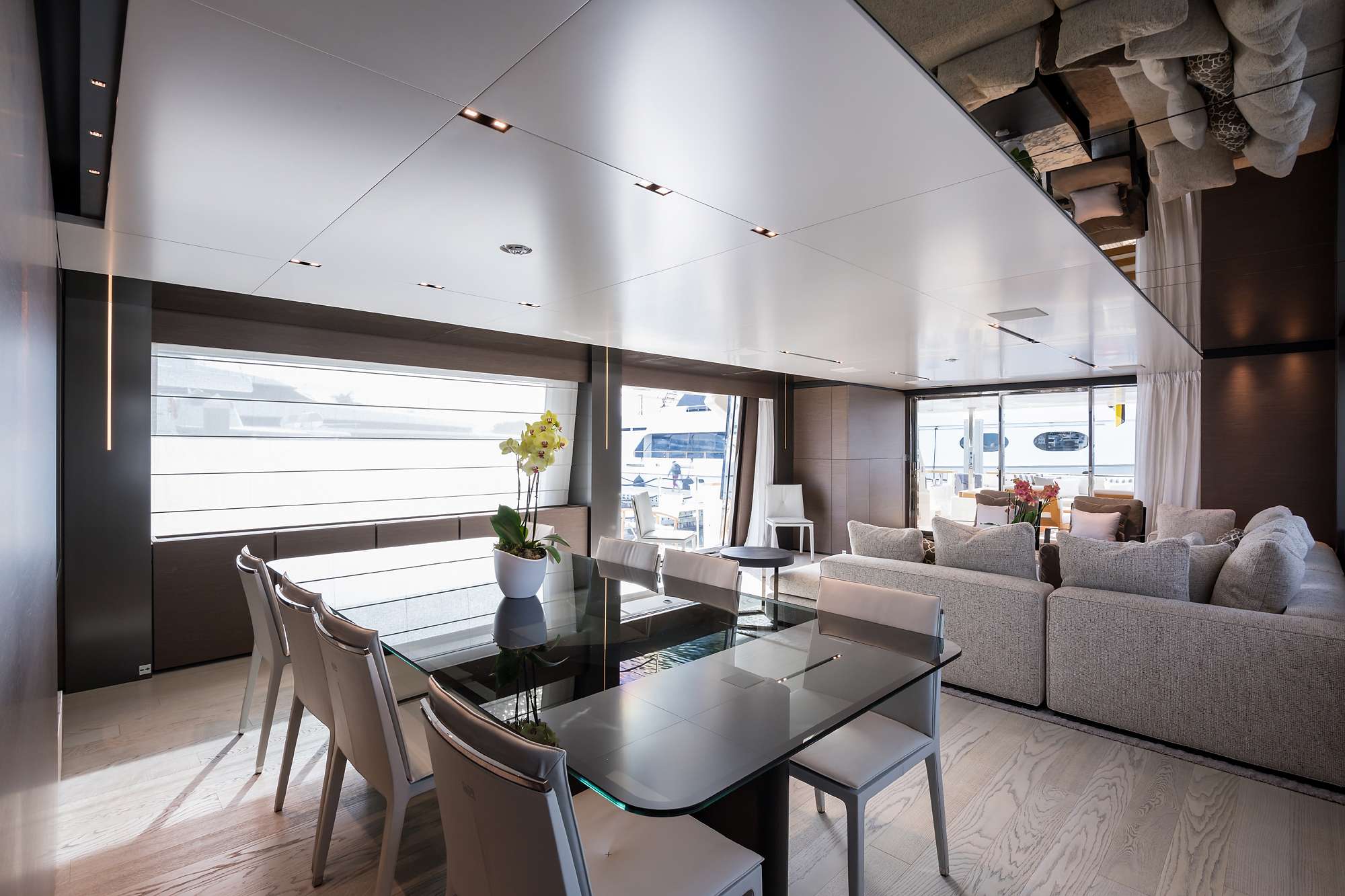 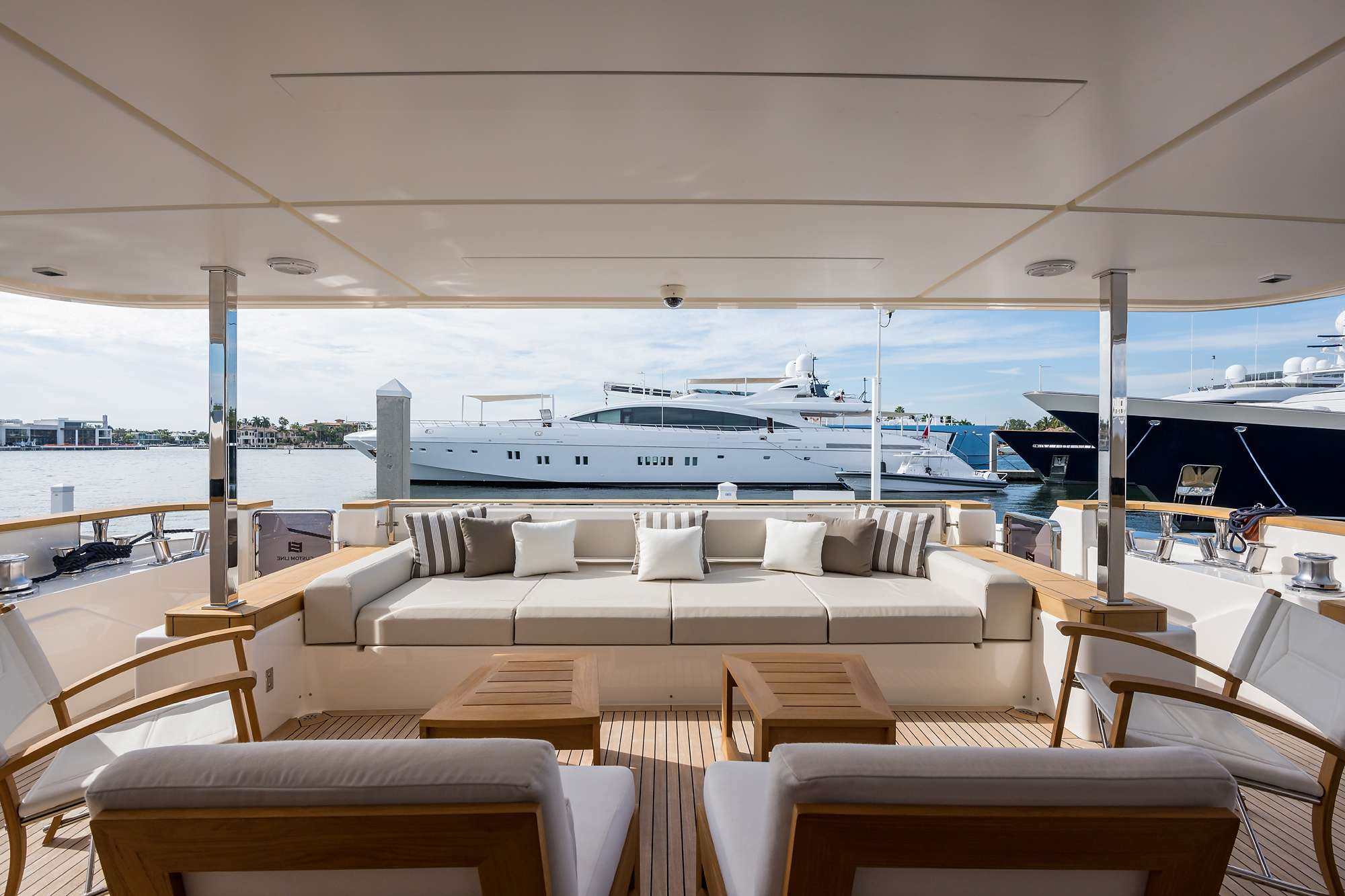 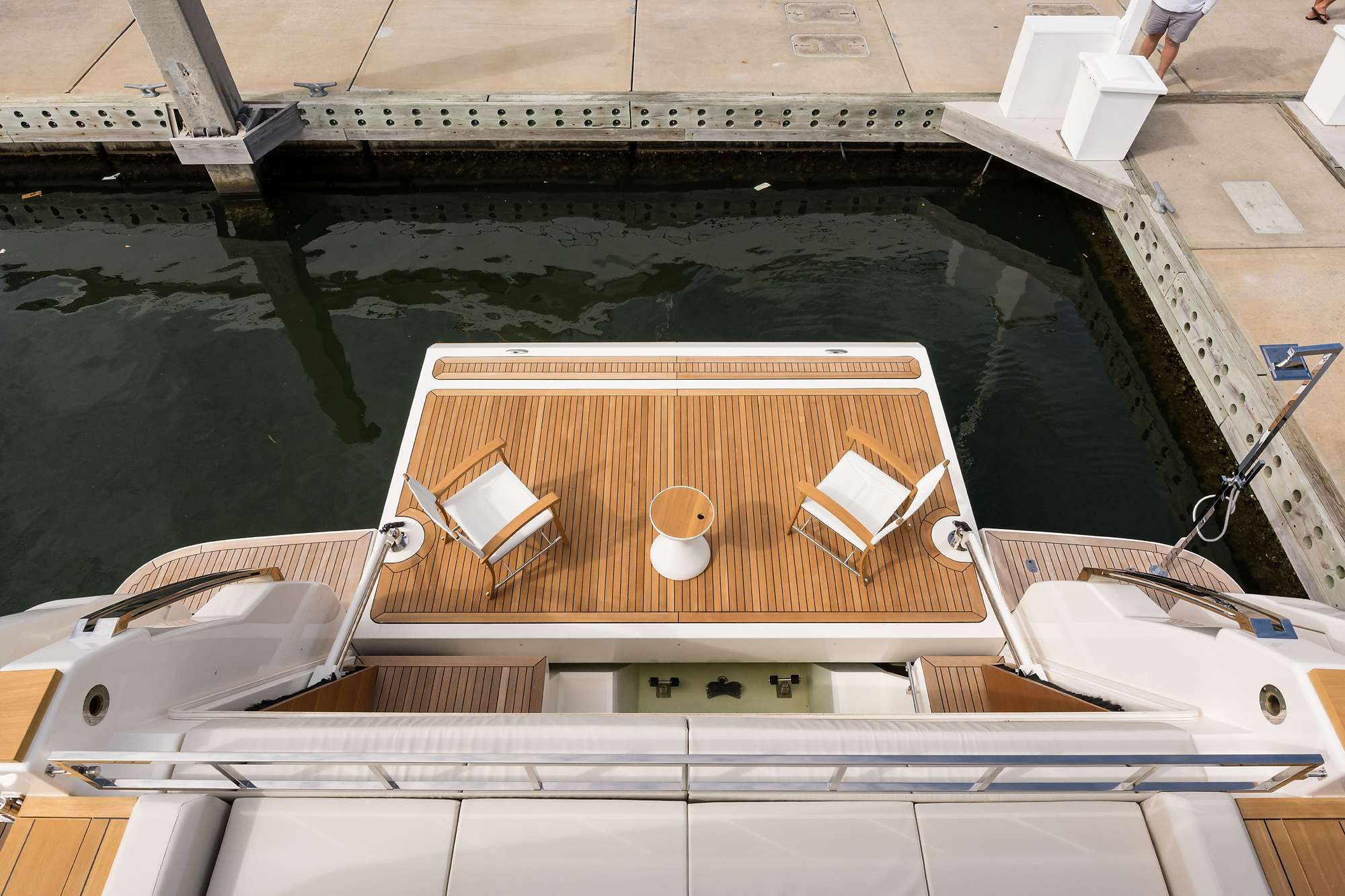 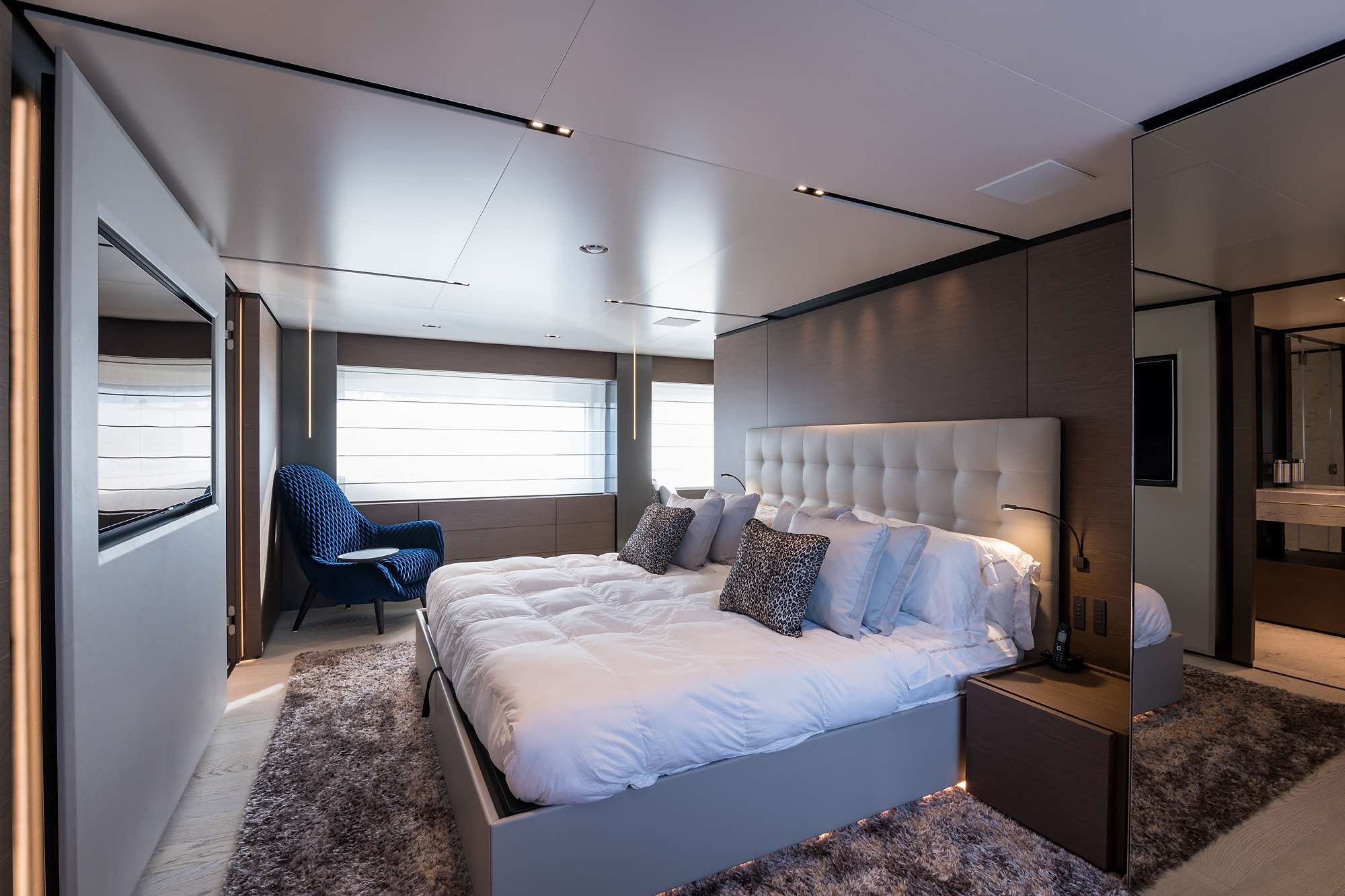 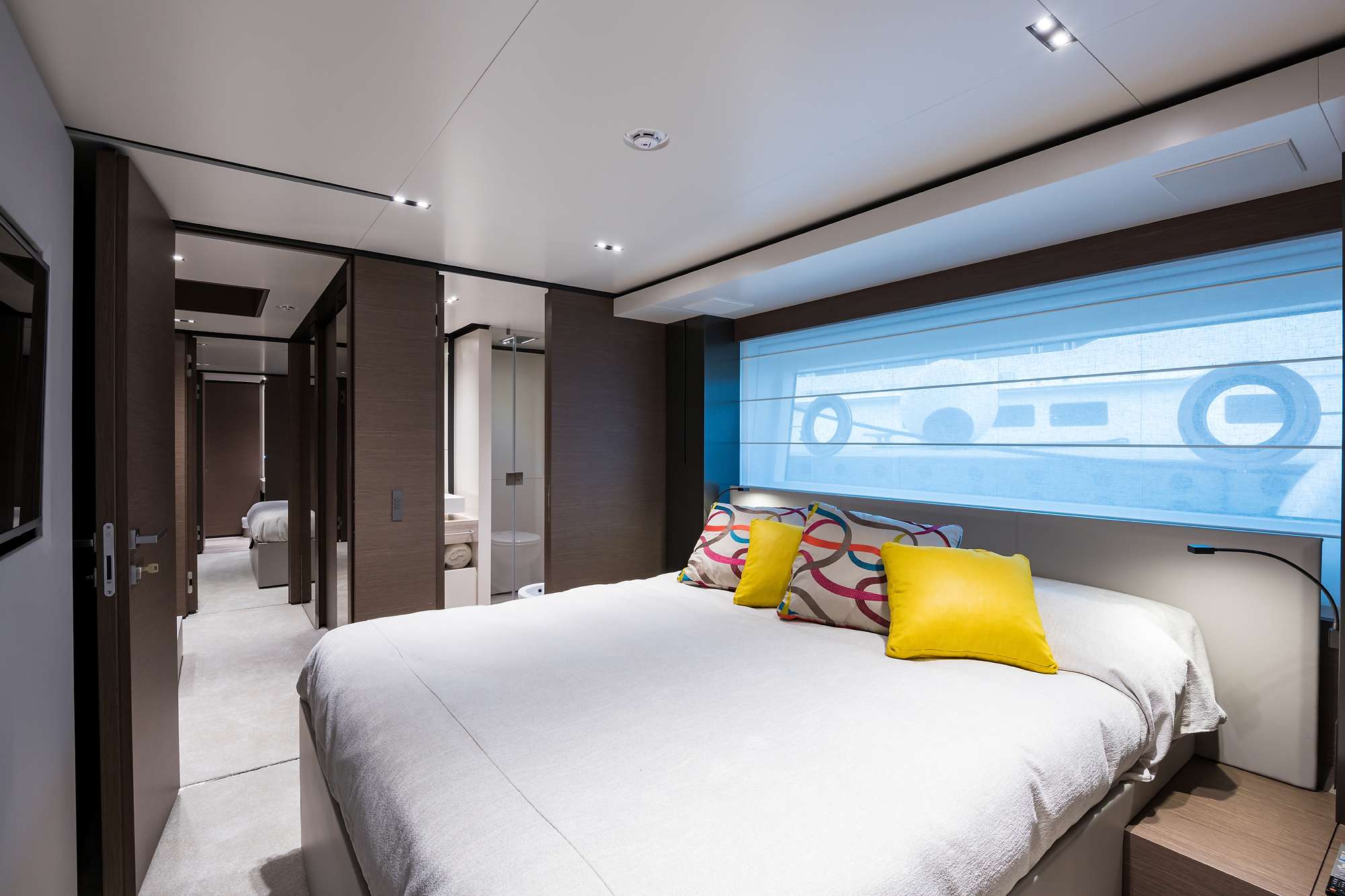 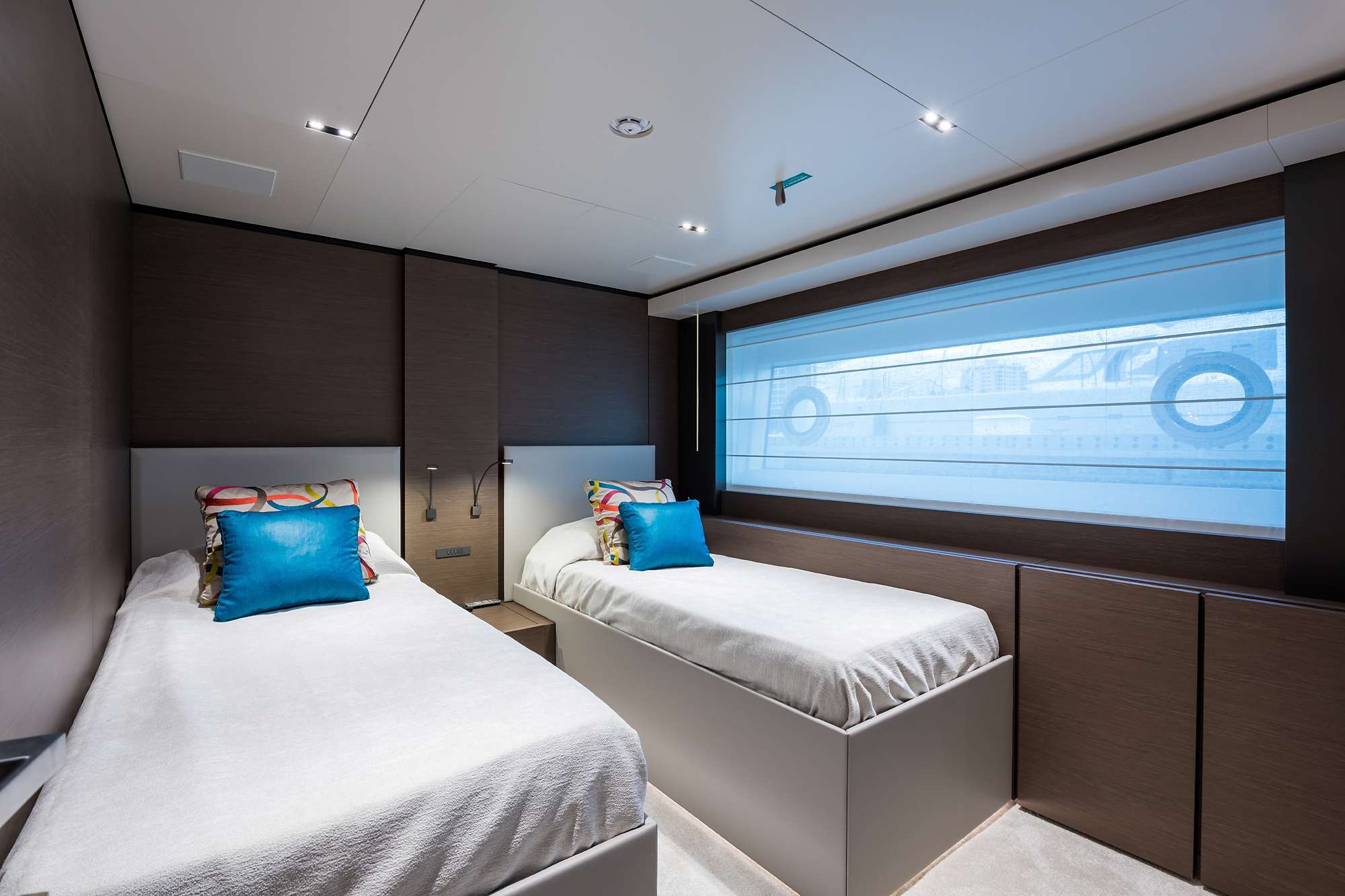 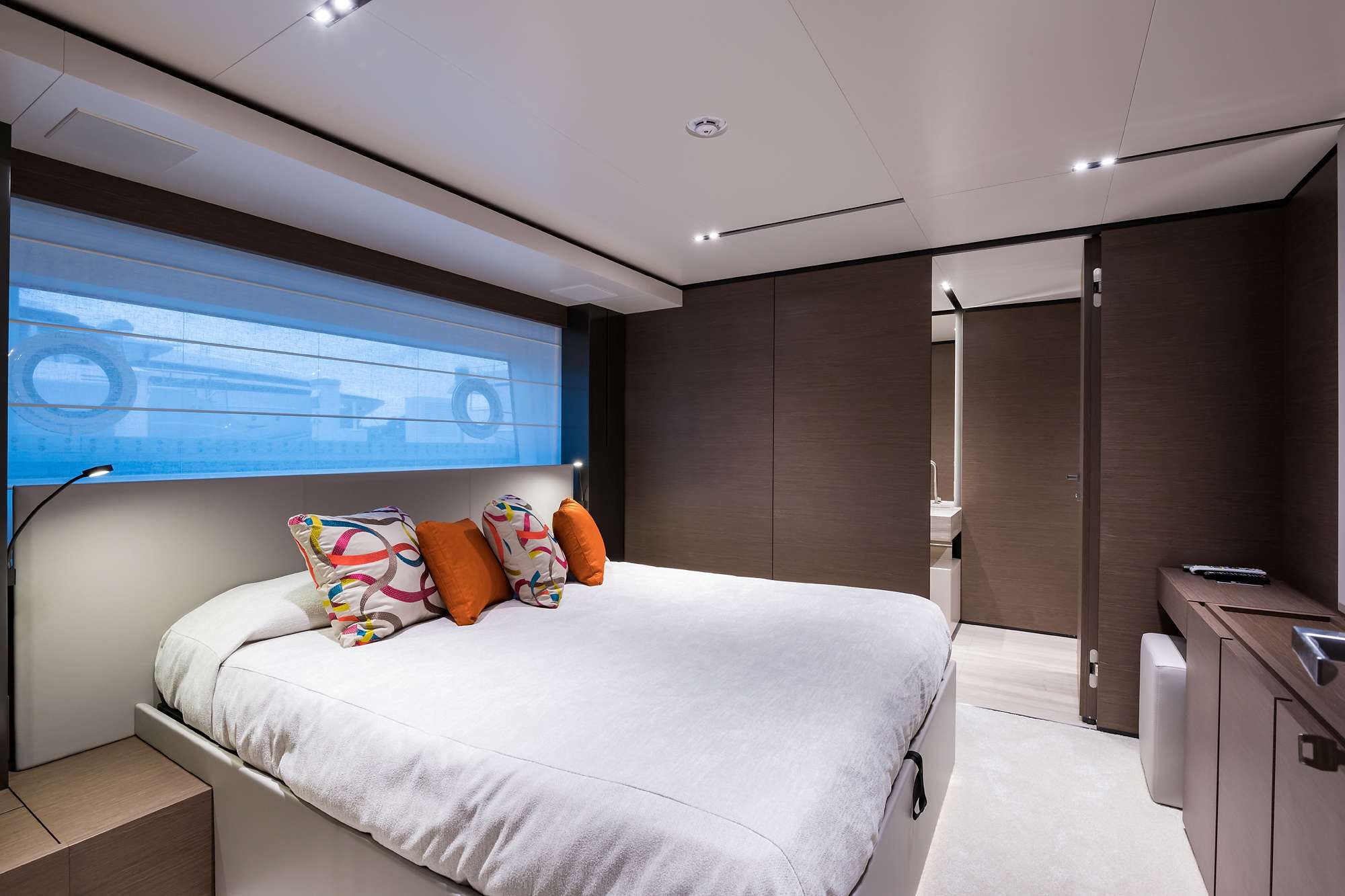 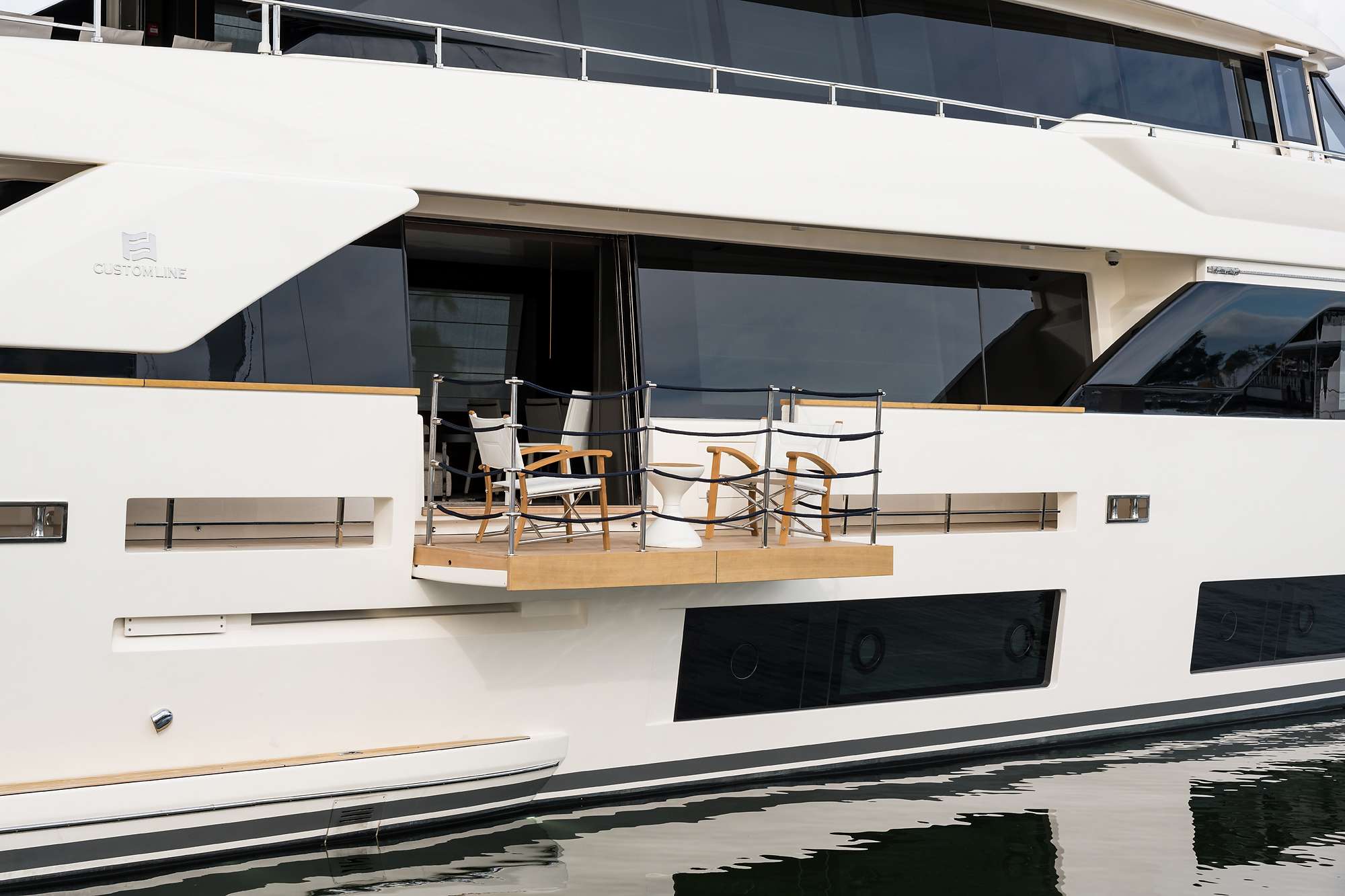 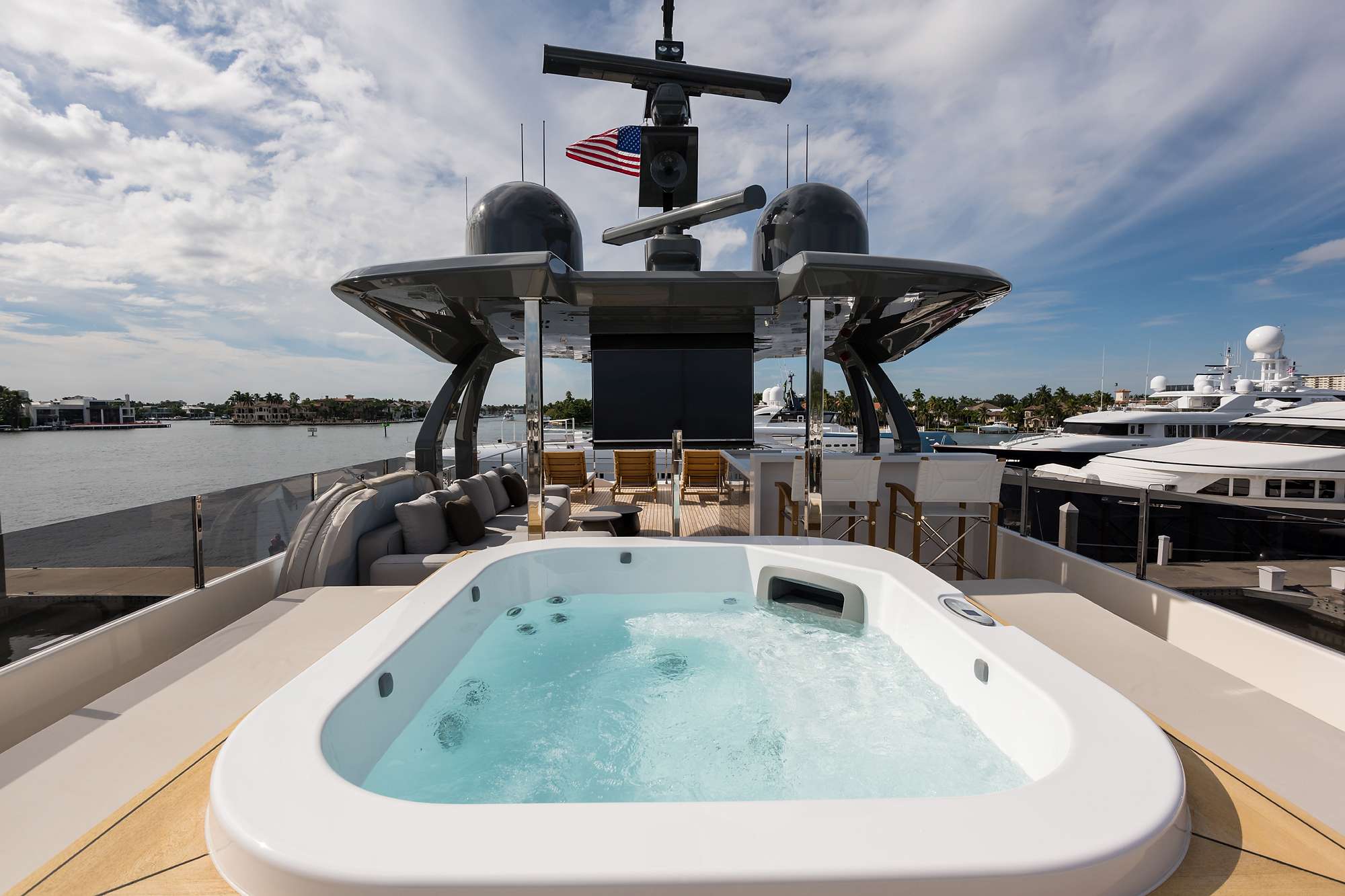 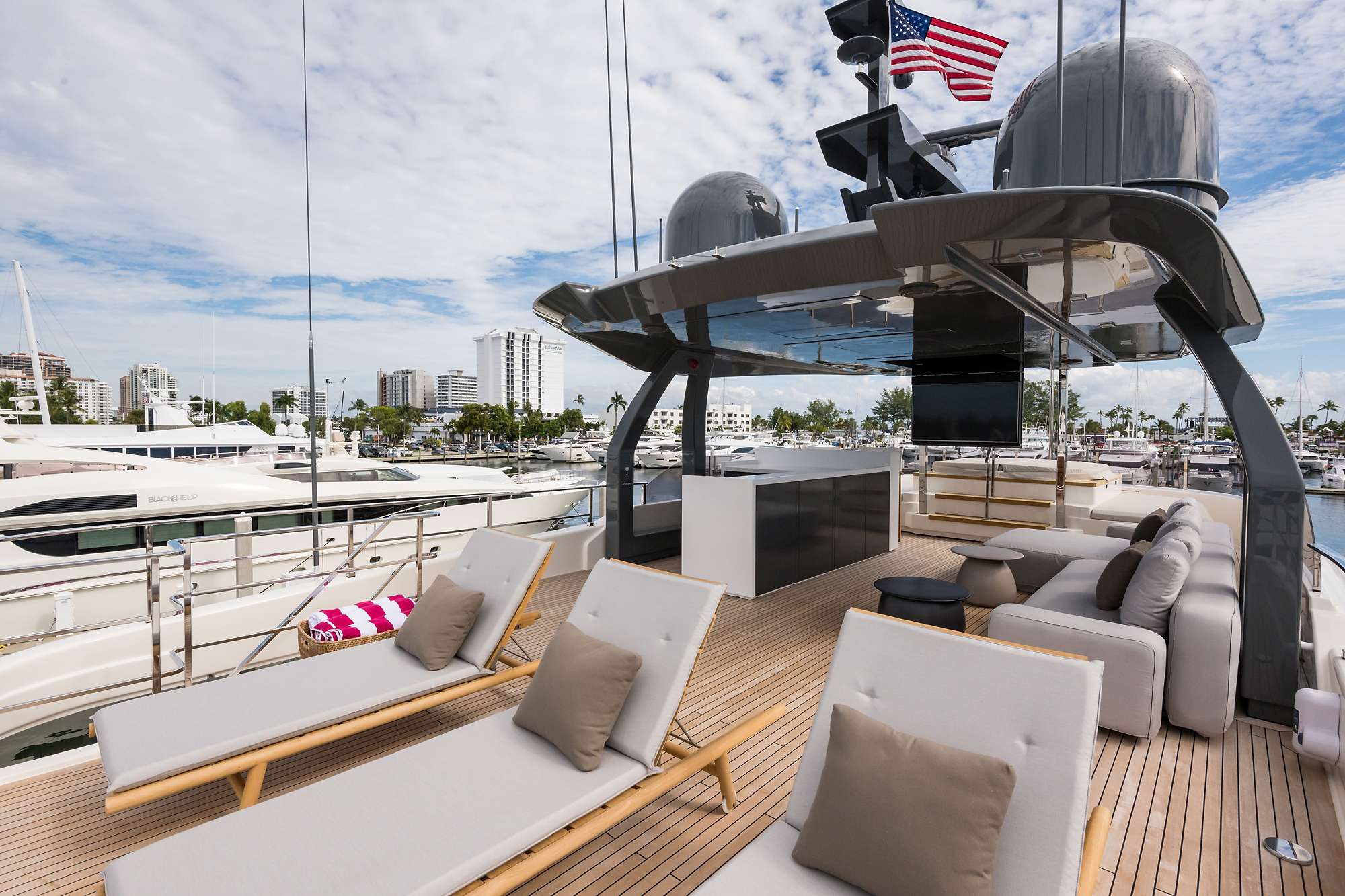 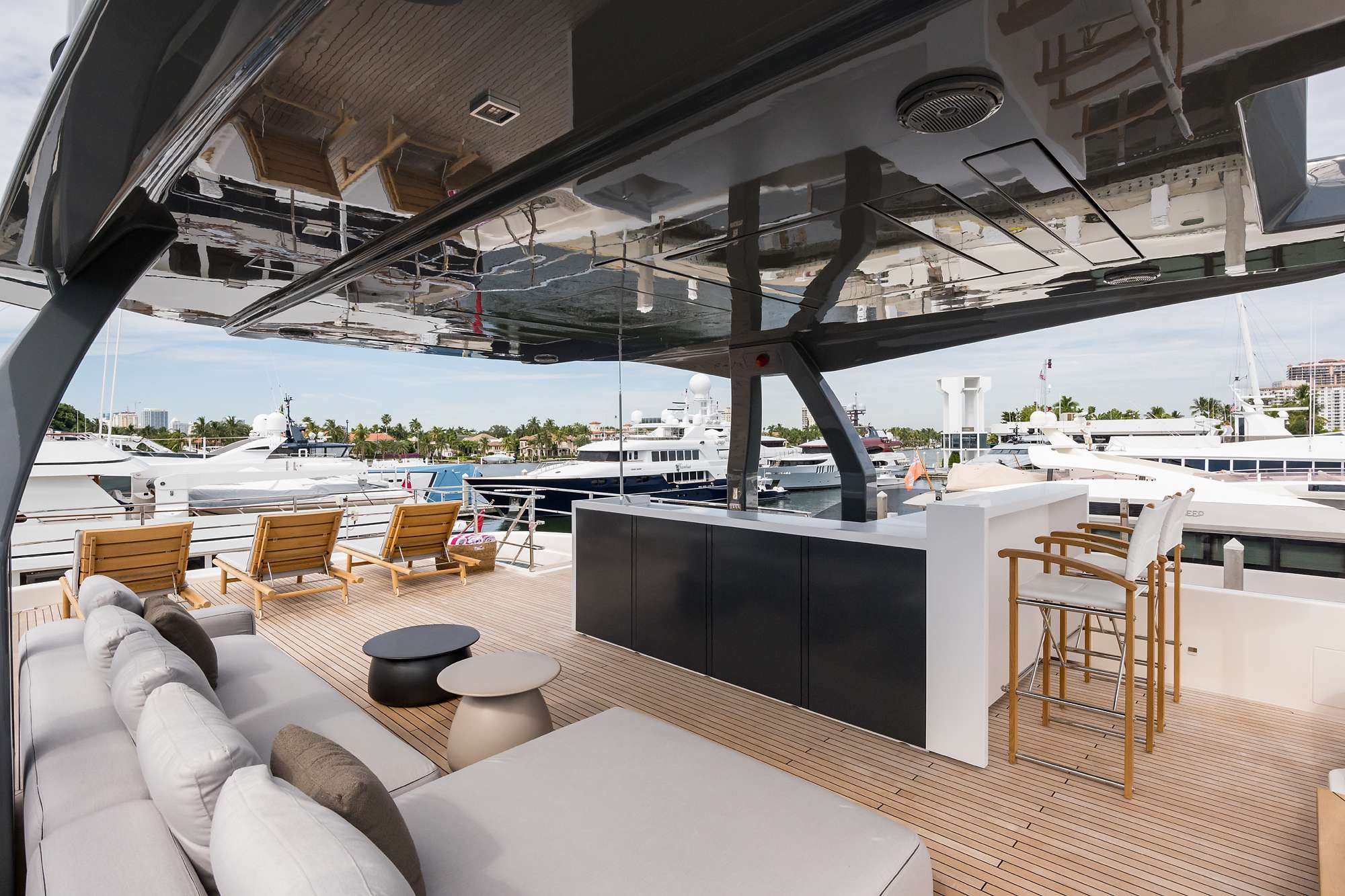 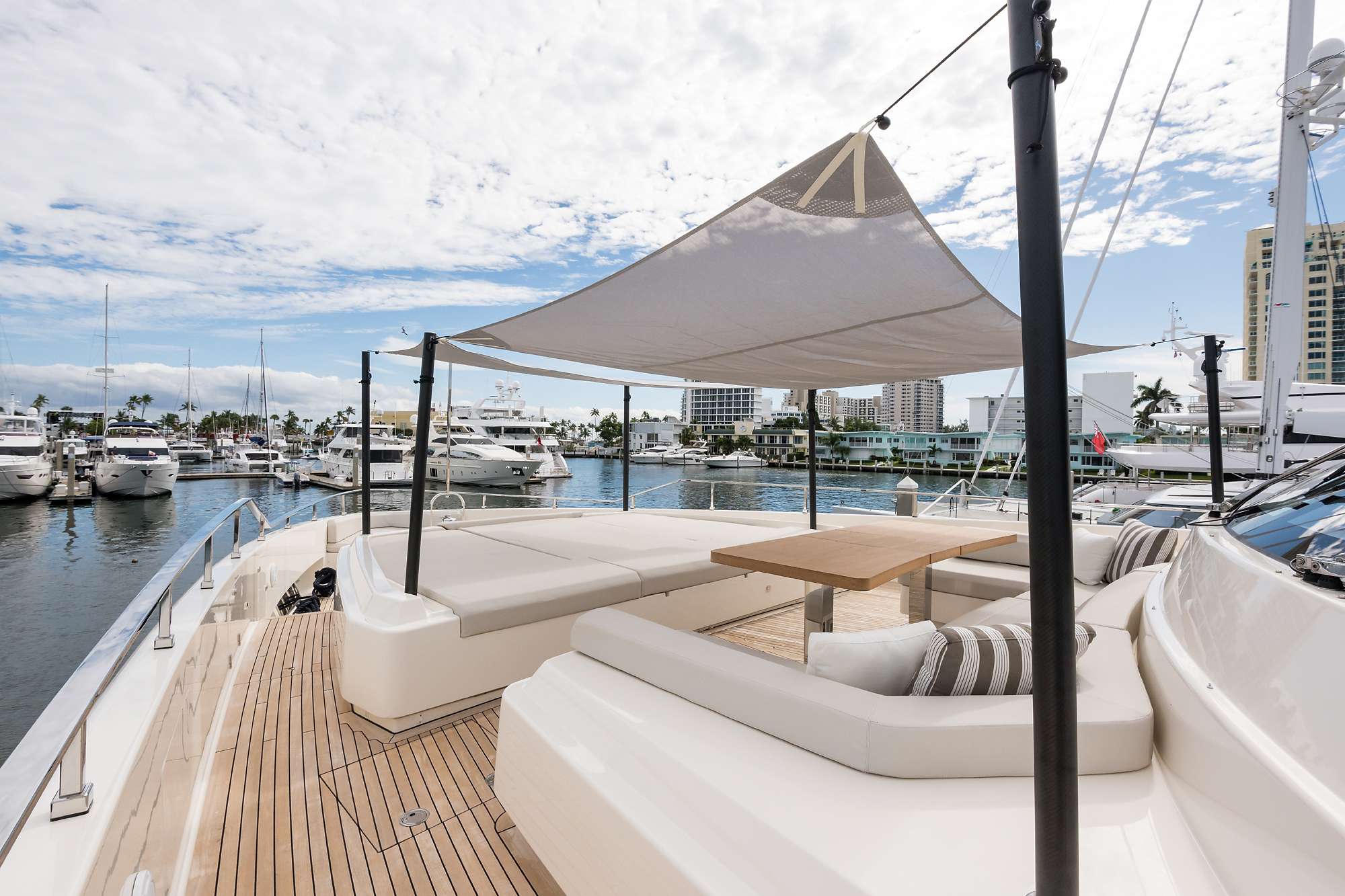 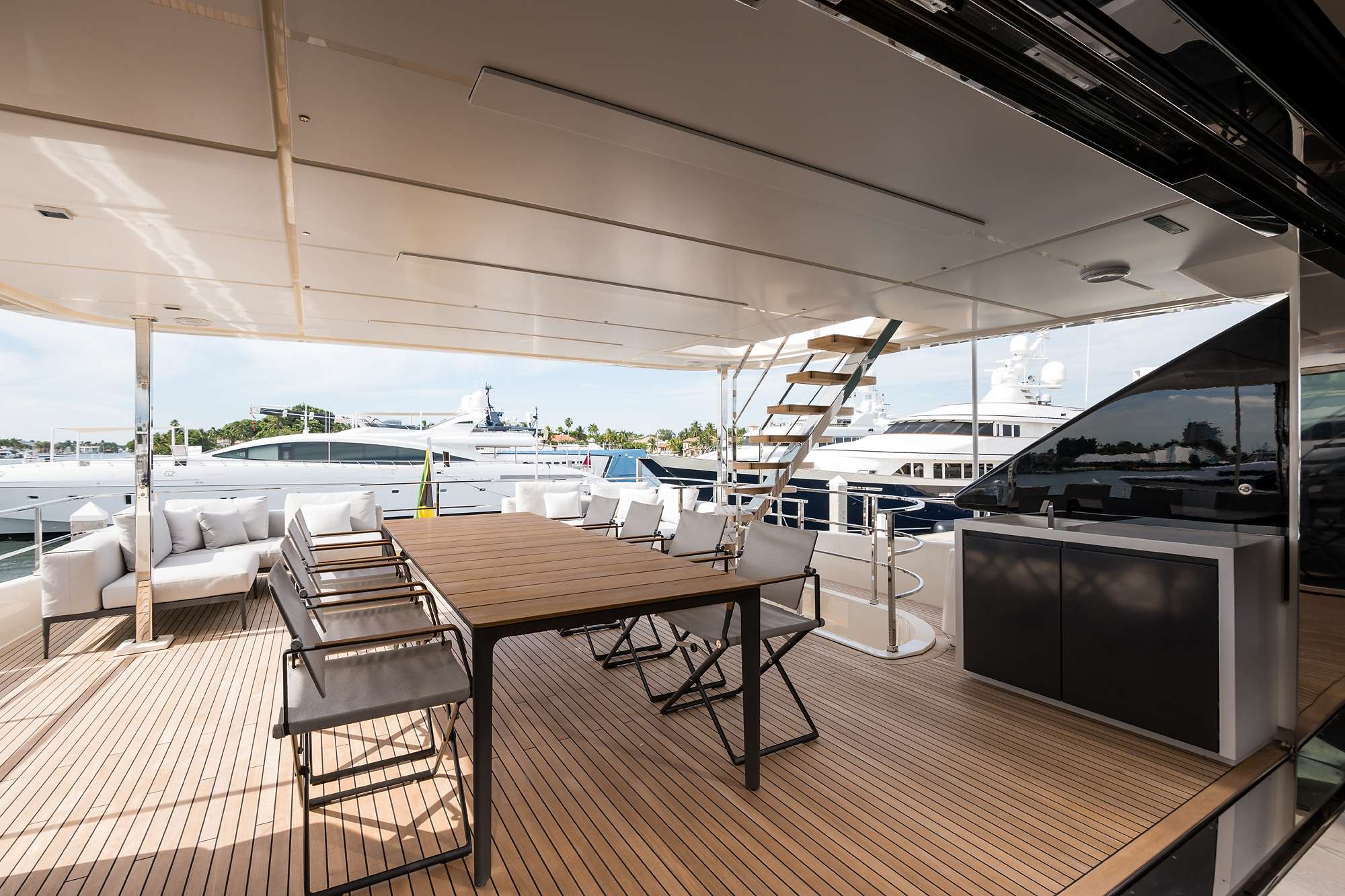 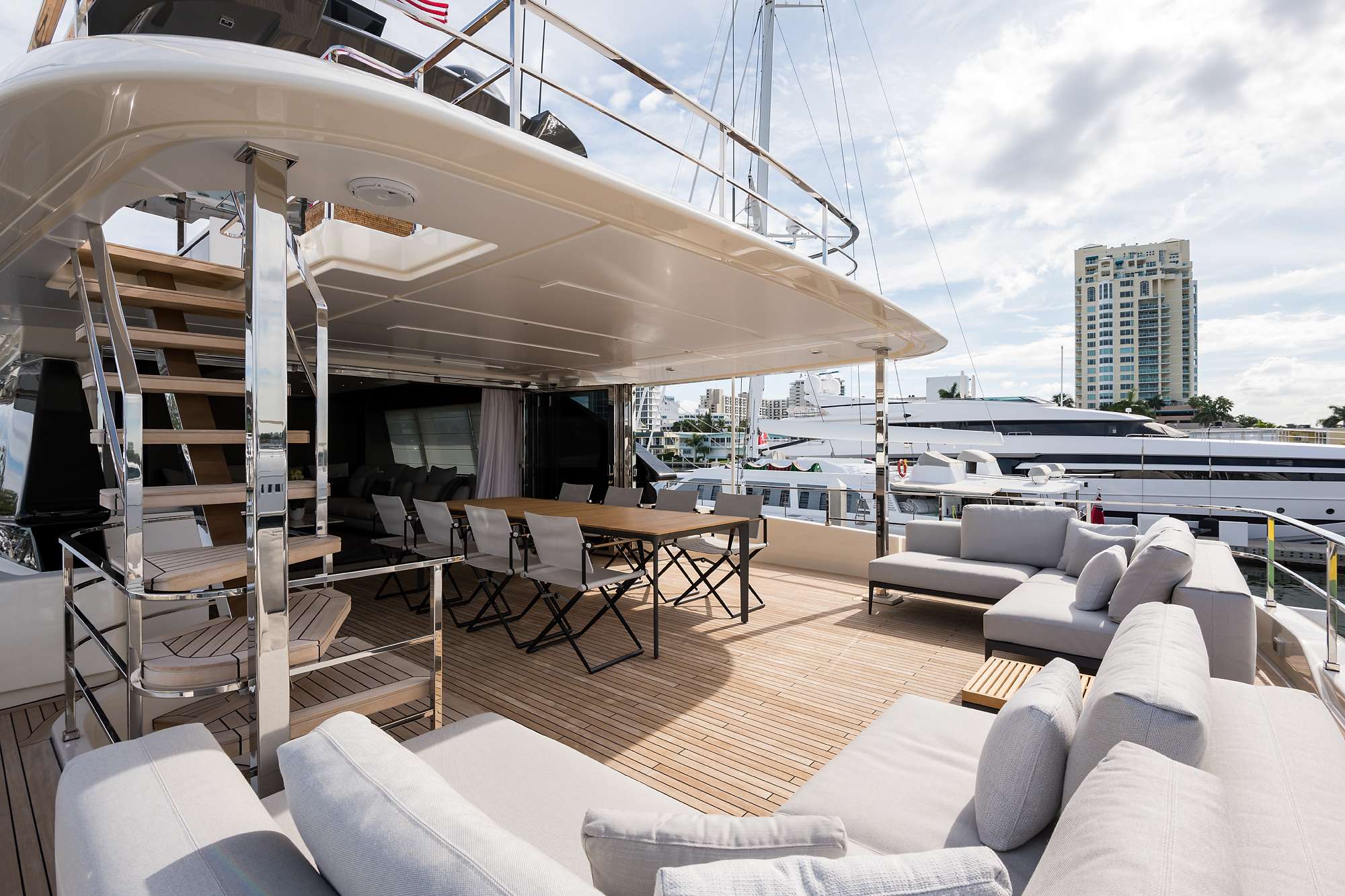 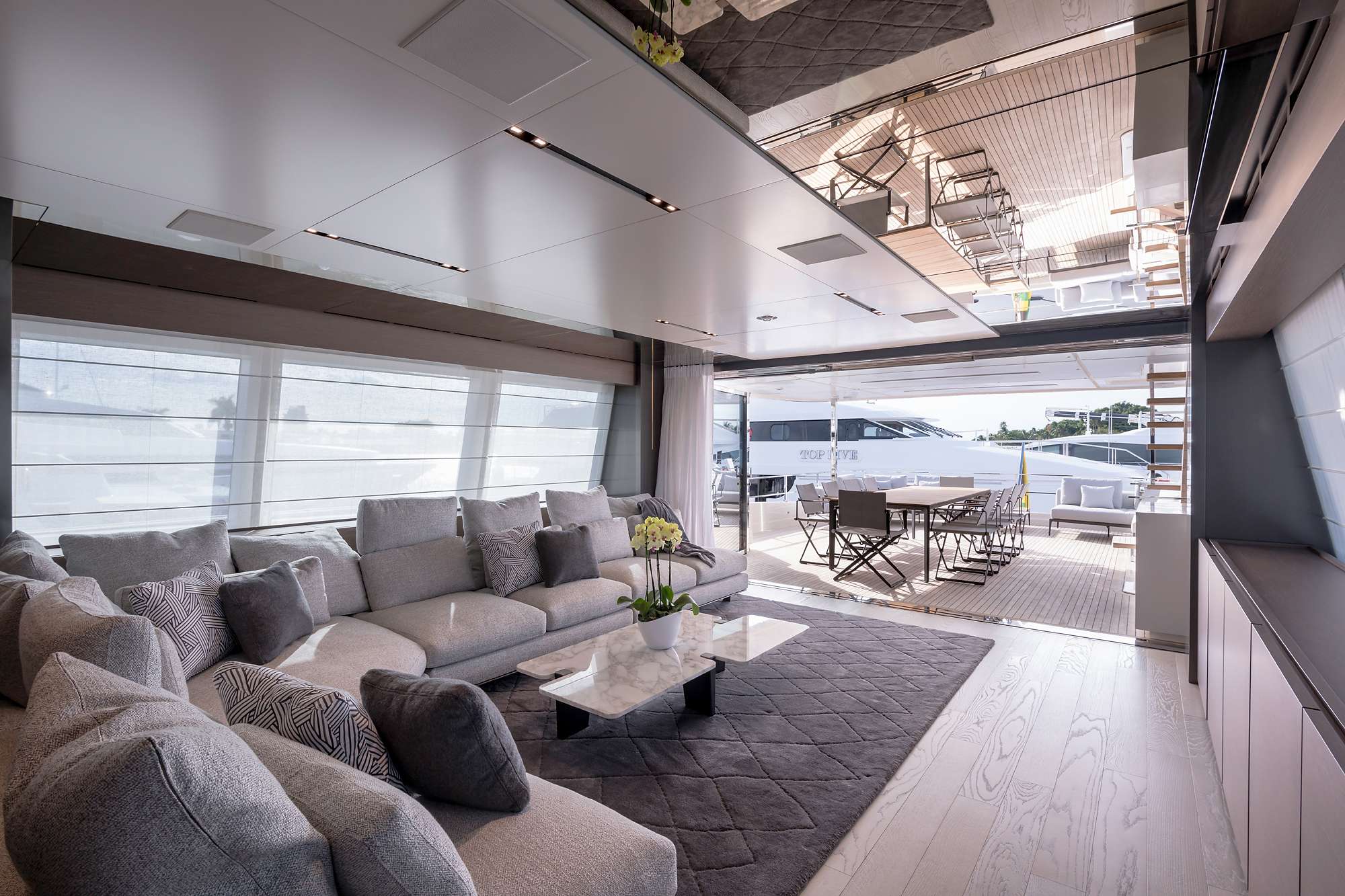 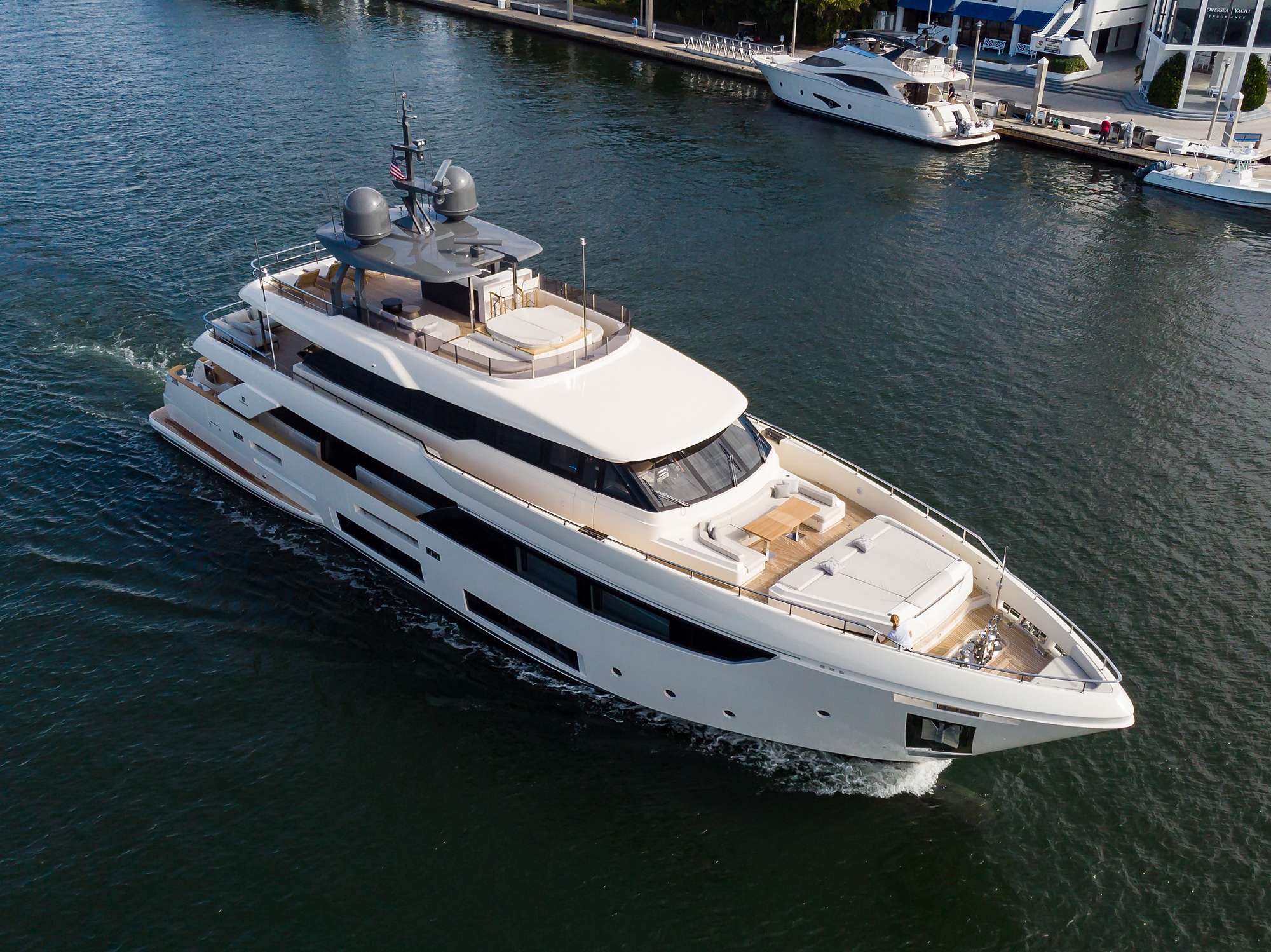 Crew Profile
Captain
Meet KYLE HOLMES: Yacht GIOIA’s Captain. Originally from Sacramento, California, he grew up sailing the Pacific Ocean, wakeboarding, and commercial fishing. In his formative years, he often went to his family’s house in Mexico where he worked at his family’s fishing company. Simply put, Kyle’s life has always revolved around the water.
When it came time to choose a profession of his own, Kyle knew that no matter what he could not imagine his life away from aquatic endeavors, which led him to pursue a career as a captain after completing four years at the California Maritime Academy. Immediately after graduating, Kyle received his first job on a yacht. For the next twelve years, he has been employed in the industry, with the last seven of those years working as a captain.
He is confident and passionate about his work and continuously strives to make each guest’s experience aboard his vessel memorable in every way conceivable. His extensive knowledge of all things nautical as well as his familiarity with the Islands of the Bahamas make Captain Kyle an invaluable member of the team. When he is not at the helm of Yacht GIOIA, you can find him out racing motocross or cuddled up at home with his beloved French bulldog, Maverick.

Mate
Meet ALEX FORSTER: Yacht GIOIA’s Mate. He comes from Knysna, South Africa, where he grew up on a 32-foot sailing boat which he one day plans to sail all the way to the Pacific Ocean. In his spare time, Alex enjoys a variety of hobbies, including fishing, swimming, surfing, sailing, and watersports in general.
In 2010, he sailed a 38-foot sailing boat from Cape Town, South Africa to Greece with his father. His innate love for the ocean made for a natural transition into the yachting industry, where he has worked on numerous motor and sail yachts for the past 10 years. Full of energy and enthusiasm, Alex is a fun-loving person with a passion for life out on the open water.

Chief Stewardess
Meet MARIANNE VALENZUELA: Yacht GIOIA’s Chief Stewardess. Her passion for traveling led her to pursue a career in the yachting hospitality and service industry. She began her journey in Valenzuela City, Philippines – where she was born and raised. As a young adult, Marianne decided to study Hotel and Restaurant Management at the University of San Jose - Recoletos in Cebu City. At the age of 26, she landed a job at a resort in Thailand. She quickly scaled the ranks – going from being the Office Manager to the Resort Manager who was responsible for managing all three of their properties.
That is, until she discovered the joy of working out on the open water which made her realize that yachting is where she was meant to be. Throughout her nine years in the yachting profession, she has served on various vessels ranging from 33m to 143m. Of all the exotic locations she has had the pleasure of visiting, French Polynesia and Australia have been her favorites so far. Her passion for creating a warm and friendly environment is deeply rooted in who she is – both on and off the job.
In addition to traveling, Marianne also enjoys singing, playing the guitar, piano, and ukulele! More than anything, she loves cooking – especially baking. There’s almost nothing she would rather be doing than brewing a bold, bright coffee or mixing healthy, made-to-order juice drinks. Marianne hopes that one day she will be able to have her own café. Her exquisite taste is only matched by her ability to divine the desires of those in her care and deliver an exceptional experience for every guest aboard the yacht at all times

Chef
Meet RICKY VELEZ: Yacht GIOIA’s Chef. He is a third-generation, Mexican-American, culinary master whose cuisine is comparable to artwork in that it delights all of the senses, from the plating to the taste to the texture. He has been cooking professionally for over ten years and has held positions in five-star restaurants, resorts, country clubs, French bakeries, and most recently, superyachts. Ricky’s extensive background has made him quite the virtuoso in the kitchen (or the galley, in this case).
He has been known to say that his experience working in the yachting industry has helped bolster his skills and has allowed him to deliver top-notch foods in many different styles of international cuisine. Simply put, he is a genuine treasure to have at your beck and call.
With Ricky, you truly get the best of both worlds; his passionate execution of the classics and traditional dishes is rooted in training from the best in the industry. At the same time, he is also part of the new, younger generation of chefs who thrive when able to play with the boundaries of gastronomy and the latest trends – such as fusions and molecular gastronomy. There’s no two ways about one thing though – being nourished (body and soul) by Chef Ricky is a real treat!

Second Stewardess
Meet MCKENNA DUGGAN: Yacht GIOIA’s Second Stewardess. Having been to 25 countries on four different continents, she is the poster-child for a well-learned, globetrotting traveler. She may have grown up on a ranch in Texas and lived there until she was about 10 years old, but since then she has called a variety of locales and countries home. This includes living on a 45-meter Privilège Catamaran in Spain and Morocco for several years, living in Costa Rica for three months, living in the United Kingdom for six months, living in Washington state for two years, and even attending high school in Spain.
McKenna spent the majority of her childhood traveling internationally and sailing the Mediterranean with her family, and it would seem as though she was destined to work in the yachting industry considering she comes from a dynasty of women in the profession. In fact, her two older sisters are also employed as stewardesses and her mother is first mate/chief of staff – one could say yachting is quite literally in her blood.
Yet travel is far from her only interest. When she’s not busy providing exquisite service to guests aboard GIOIA, McKenna can be found studying Economics and Business at one of the premier universities in the world, the University of Edinburgh in Scotland; or, you’ll find her brushing up on her second and third languages – Spanish and Mandarin. That’s not to say that she doesn’t like to have a good time. She loves music (with a particular fondness for Reggaetón, Bachata, and Motown) as well as baking. Fascinating, entertaining, and brimming with a wealth of knowledge – getting to know McKenna is an adventure in and of itself!

Deckhand
Meet JOSH KNOX: Yacht GIOIA’s Deckhand. He was born and raised in sunny Orlando, Florida, where his father was employed as a Marine Patrol Officer. Josh took any chance he could get to go to work with his dad on the lake. From a very young age, he spent all of his free time out on the water – whether it was boating, surfing, or fishing.
His fondness for the ocean led him to pursue his current vocation. Prior to becoming involved in the yachting industry, Josh worked in the hospitality industry at various resorts in Orlando. His well-rounded set of skills and extensive knowledge of the region make him precisely the sort of deckhand you want around!