At Barrington Hall we provide yacht charters around the world on motor yachts, catamarans and monohull sailboats. The Power Yacht listed below, HELIOS, is one of the many yachts we offer for charter. Please contact us for up to date information on HELIOS or any other yachts in your desired location. 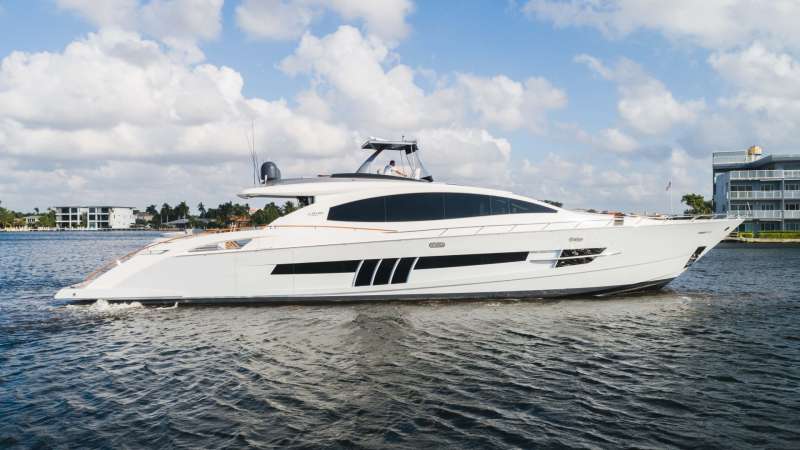 Built in 2012 by Lazzarra with a recent 2019 refit, HELIOS is a sleek, express style yacht that demands attention. She is one of the few American made, express style super yachts over 90' currently offered for charter. HELIOS sleeps up to 6 guests in 3 luxury cabins. She is the perfect option for chartering in Florida and the Bahamas, only drawing under five feet, with an updated stabilization system to keep you comfortable throughout your charter.

A stairwell midship leads down to an open dining area facing the galley and bar on the starboard side. The Master stateroom is furthest aft and features a walk-around centerline king bed with a large walk-in closet, vanity dresser and settee. Large panoramic windows invite natural light making for breath taking views while underway. Behind the bed, is a large window viewing the ensuite and separate jacuzzi spa room with a fold out deck. Want more privacy? Simply push a touch panel station and the window will opaque on the wall.

Two guest cabins are located midship past the galley on your port and starboard. They include a queen bed with ensuite head and shower to starboard and a twin stateroom to port, which converts to a queen with ensuite and shower facilities. 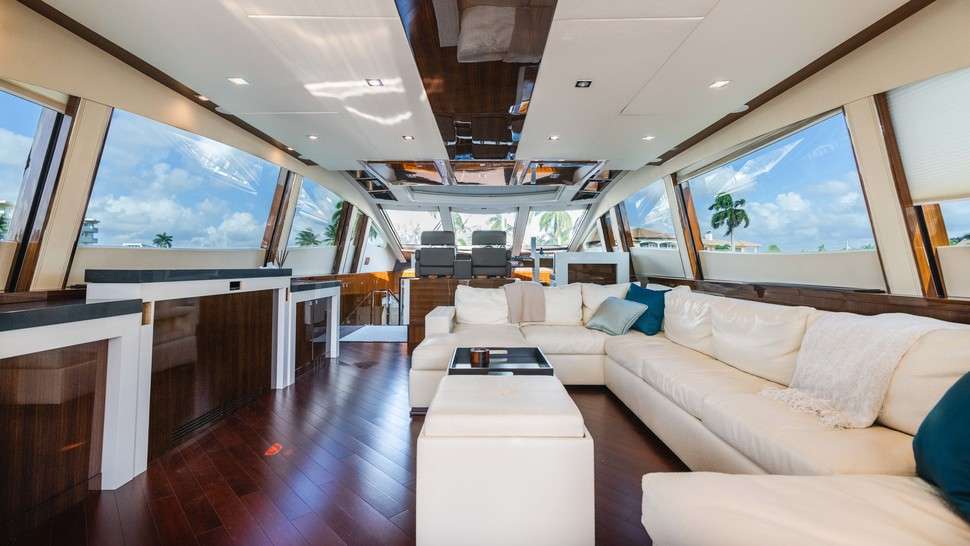 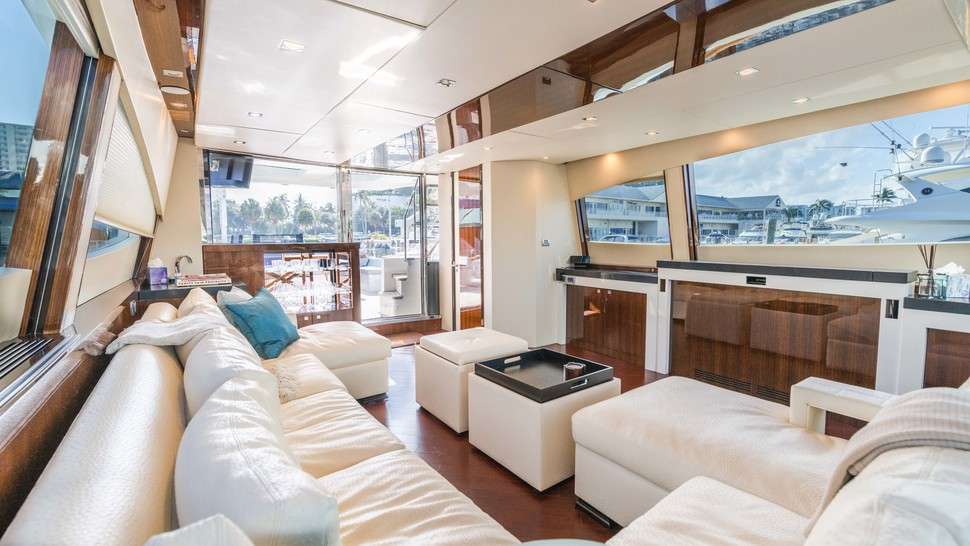 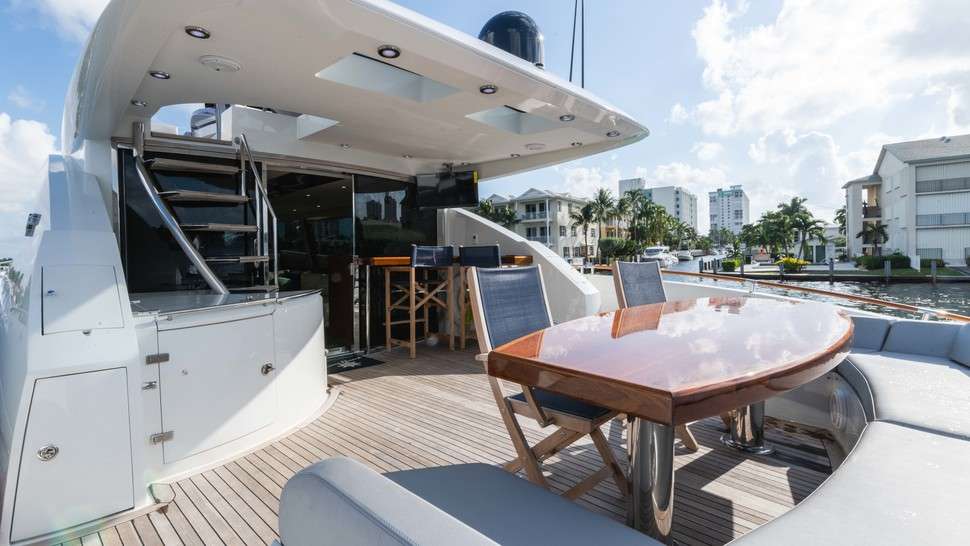 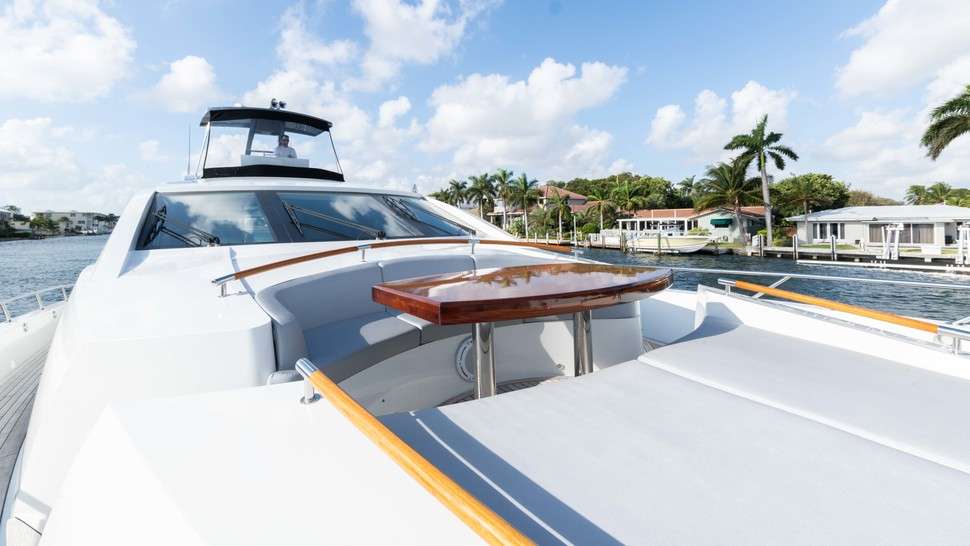 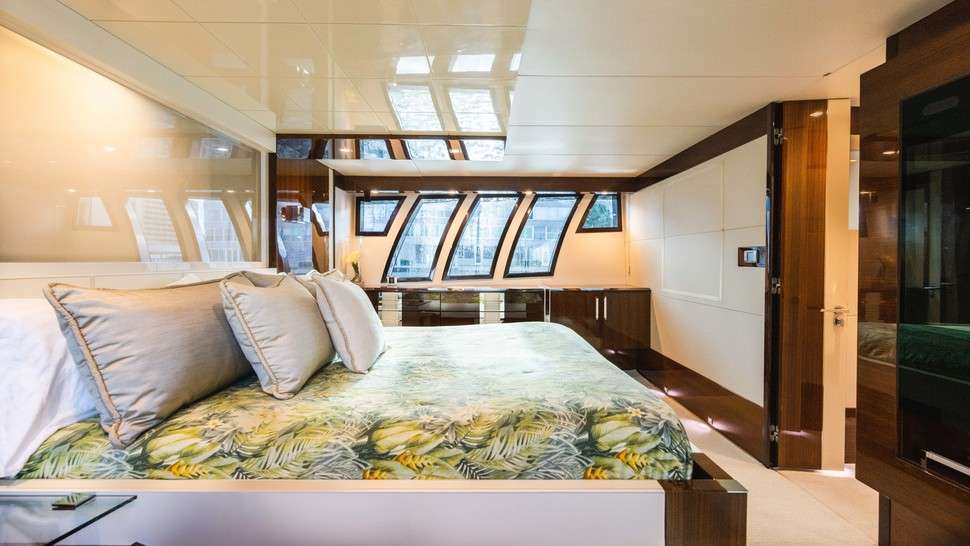 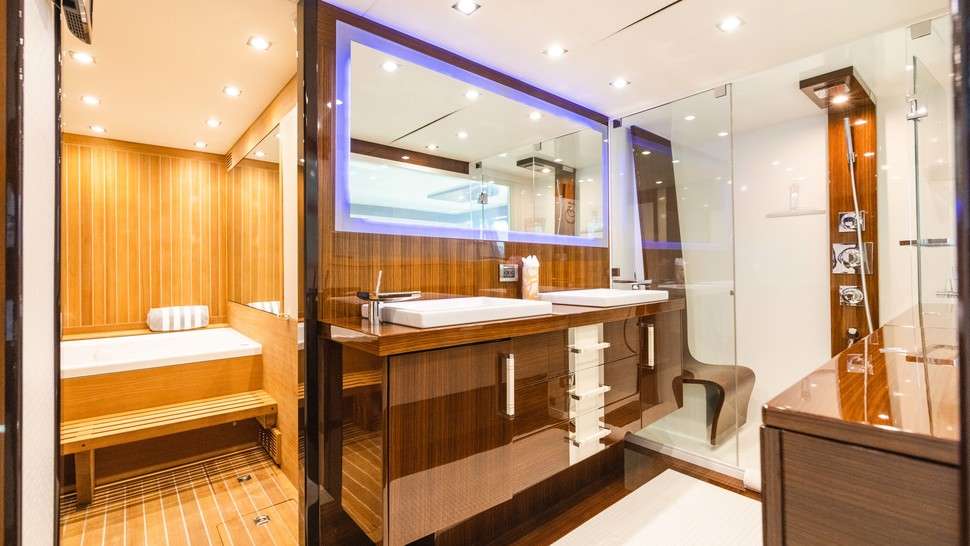 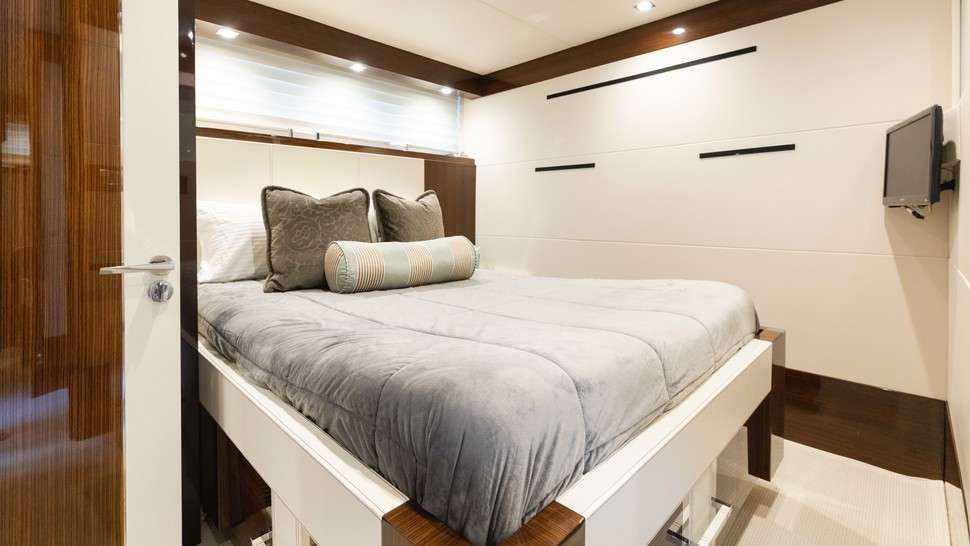 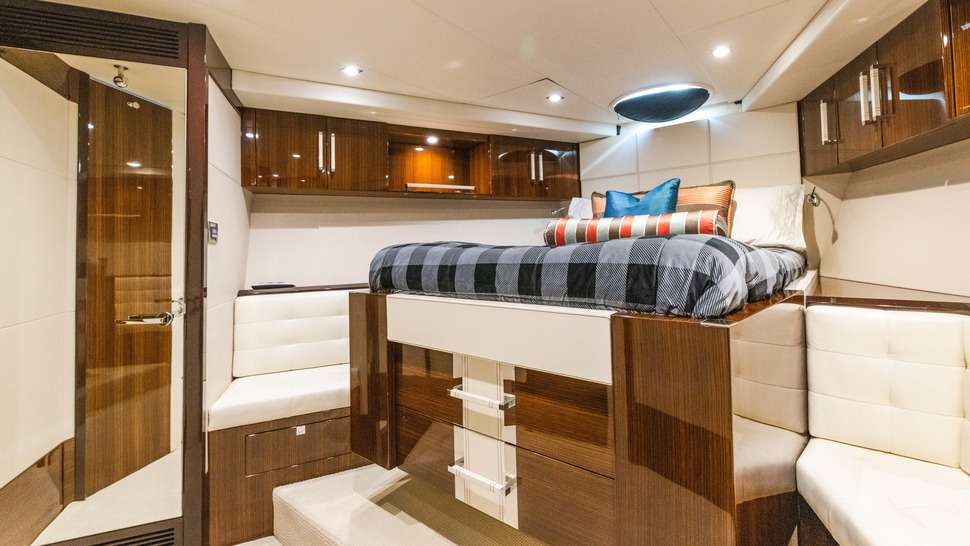 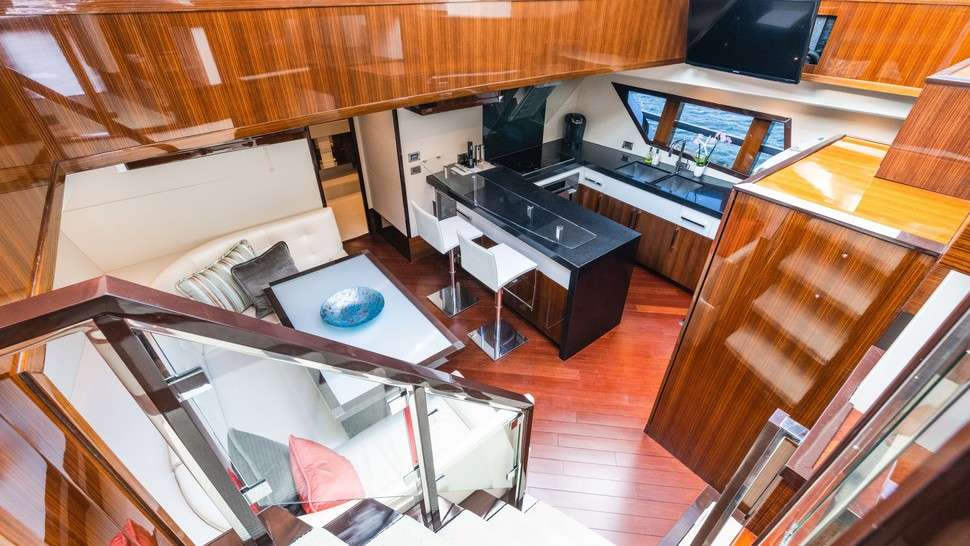 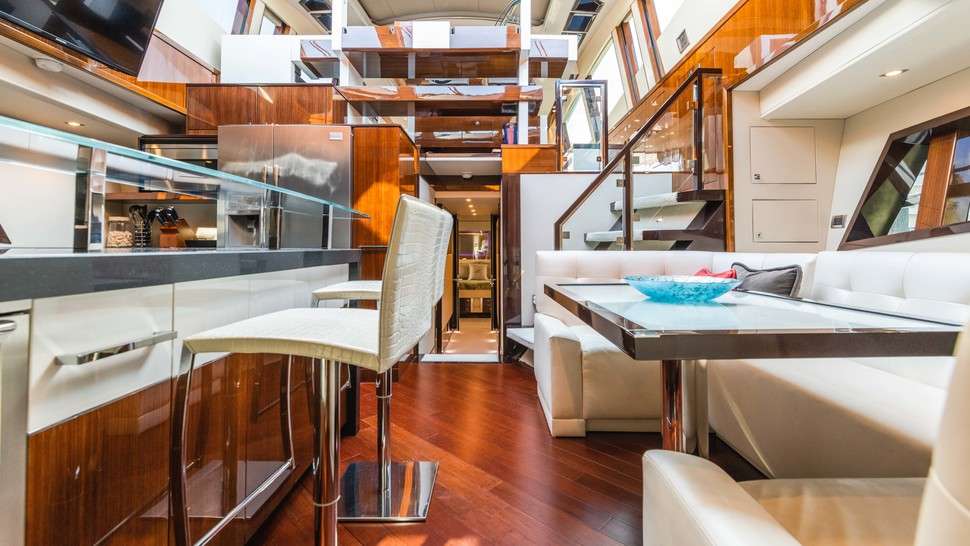 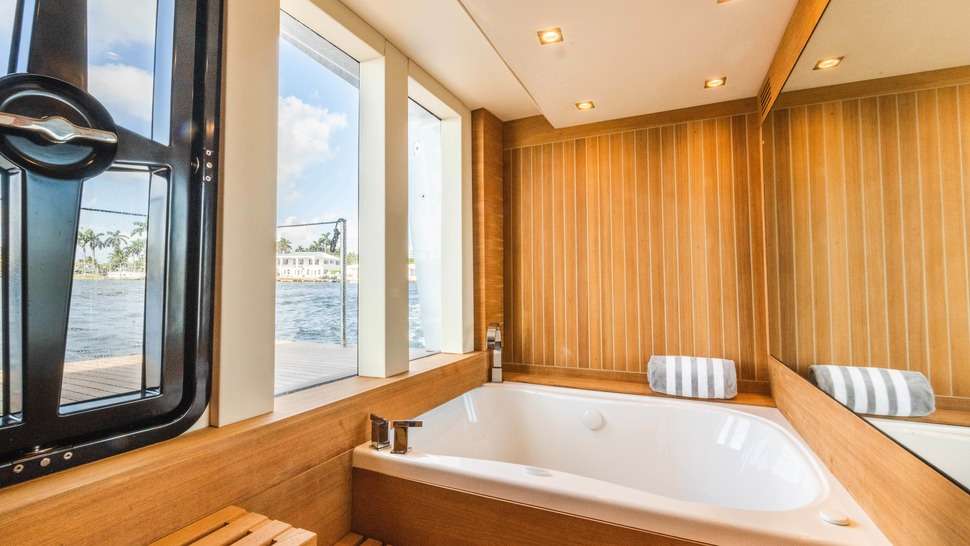 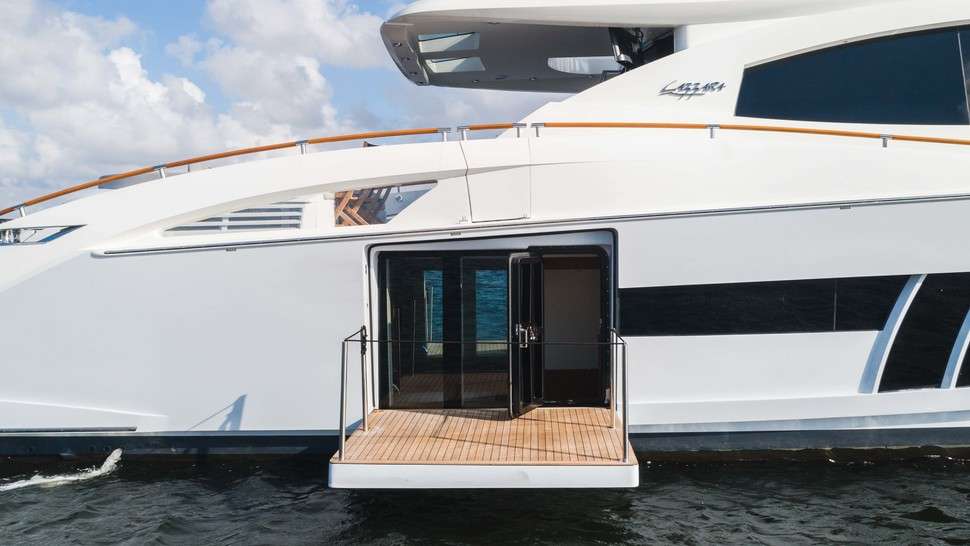 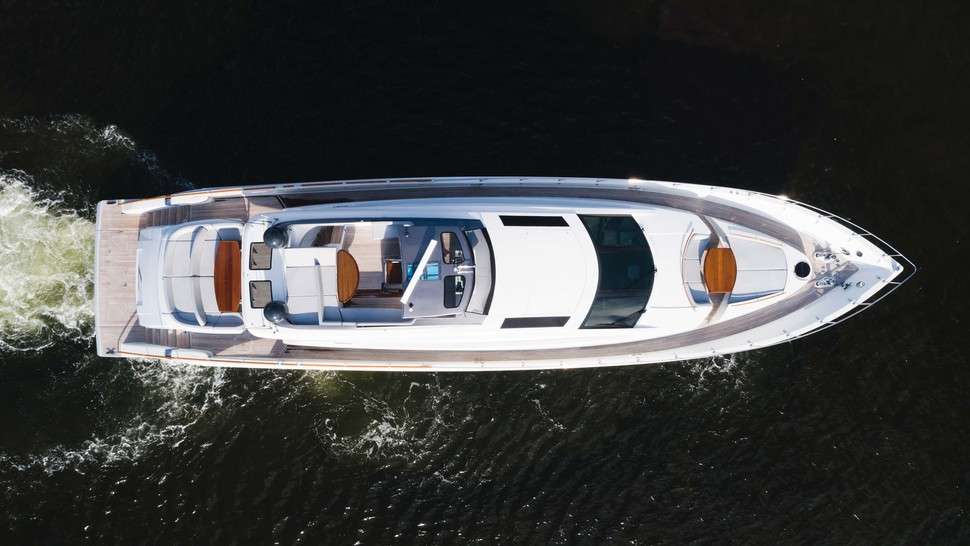 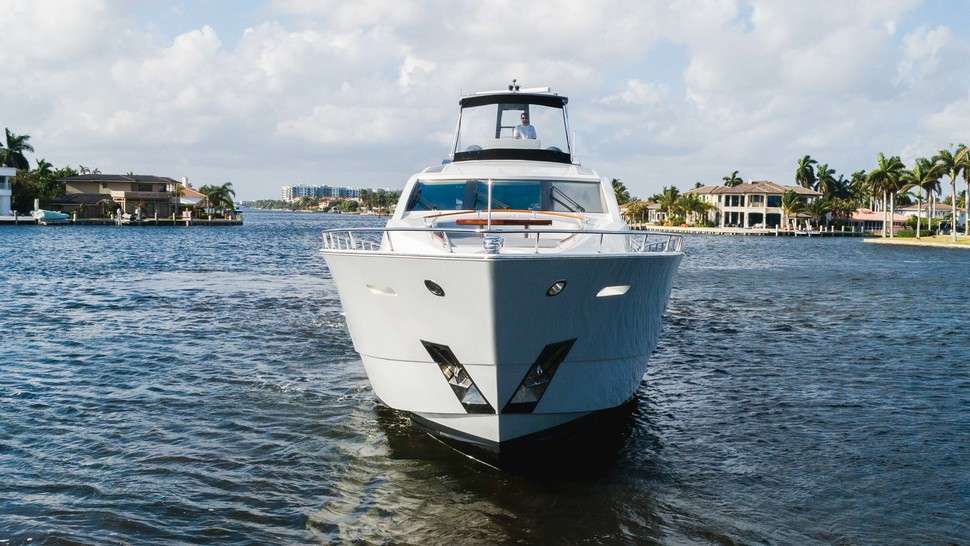 Crew Profile
Nick Brucato – Captain; Captain Nick is from Upstate New York and grew up on Lake Ontario running a fuel dock. He learned to sail and dive as a teenager and bought a sailboat before he bought a car. Nick holds a USCG 200GRT license. He started out as an engineer and a mate as he worked his way up to become a captain. Nick has sailed the east and west coast of the United States including Alaska, the Great Lakes as well as all of Central America and the entire Caribbean with over 15 years in the yachting industry. He looks forward to having you aboard HELIOS.

Yali Goldenberg- First Mate; Yali was raised on the local waters of South Florida. Being a dual citizen born in Israel, he decided to expand his horizons and serve in the Israeli Navy as a combat medic onboard a warship. After 3 meaningful years serving in Mediterranean waters and obtaining a first sergeants rank he found his way back home and began his professional career in yachting while obtaining his USCG captains license. Yali is a fan of anything on the water; surfing, diving, fishing, and loves to teach and entertain guests while keeping safety a top priority.

Bryan Matthews -Chef; Bryan grew up in Hackettstown, New Jersey and started his yachting career after spending four years in the United States Navy. He started as a deckhand and mate and eventually receiving his Captains License. He realized his passion for cooking watching the Chefs he had worked with and decided to start his career in the Culinary Arts at The Art Institute of Fort Lauderdale in their Bachelors program. Chef Bryan began working as a line cook at L’Hermitage and The Chefs Palate and eventually moving up the ranks in the kitchen and polishing his skills until starting to cook privately on yachts from Fort Lauderdale to Mexico and Alaska and back. His passion for what he does comes through in every thought out dish and meal served