At Barrington Hall we provide yacht charters around the world on motor yachts, catamarans and monohull sailboats. The Power Yacht listed below, SEA SPRAY, is one of the many yachts we offer for charter. Please contact us for up to date information on SEA SPRAY or any other yachts in your desired location. 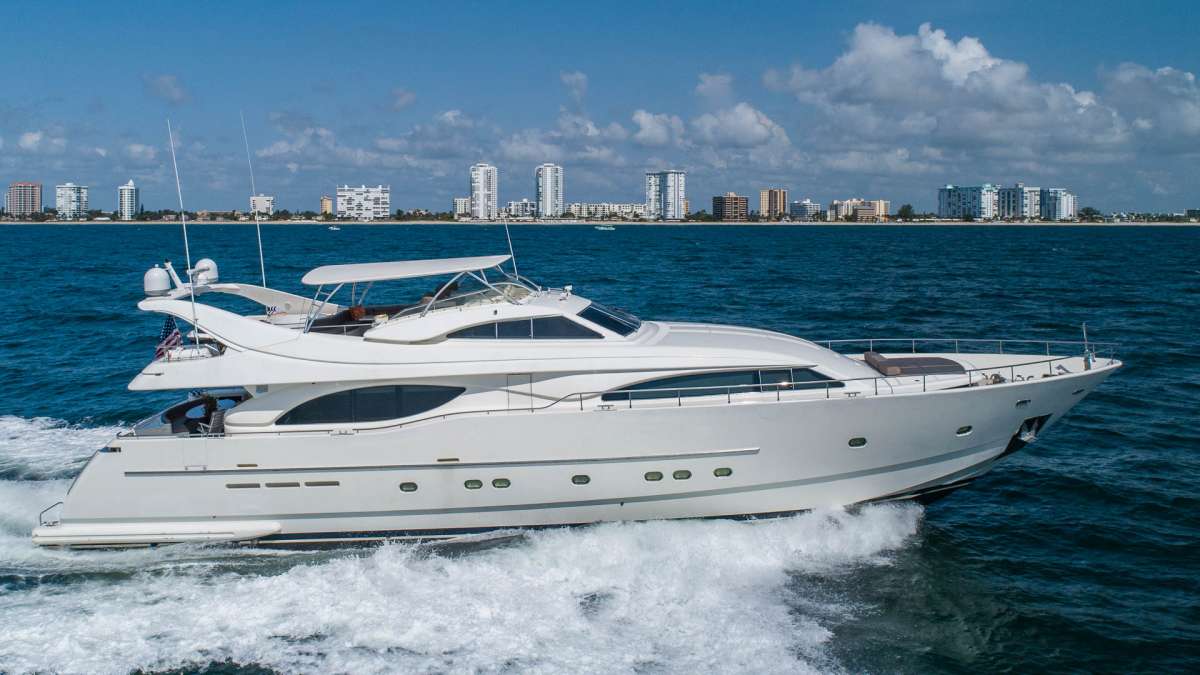 Crew Profile
Captain Rob Saunders:
Captain Robert Saunders started boating at the age of 5 with his family on Buzzards Bay, and Long Island Sound in the New York area. Fishing, cruising, and wakeboarding were his favorite activities through the years, which expanded his knowledge of New England and its surrounding waters. In his early teenage years his family owned a boat building, transport, and upholstery company, where he continued his education of systems onboard yachts. Through his later teenage years he began working at the Beverly Yacht Club as a tender driver, where he became enthralled by close quarters maneuvering and sail boat racing. He attended North East Maritime Institute in Fairhaven, Massachusetts , which helped him make his decision to work on private yachts as a professional crew member. Attaining his Master’s License in 2011, he has traveled and gained cruising experience from the East Coast to Maine region, New England waters, the East Coast of Florida, the US West coast waters, Central America including the Panama Canal, the Gulf of Mexico and the Caribbean. With this experience he has gained the knowledge and skills to be a confident Master.

Rob’s extensive yacht handling experience and extensive cruising experience has now been expanded to being a Charter Captain for SEA SPRAY, his current 94’ Ferretti Motoryacht that has just completed a major refit in 2019 that he had the opportunity to oversee all facets of each project. His knowledge and superb personality is what charter clients will enjoy along with his crew that will provide any and all clients to want to return to the yacht and enjoy a future trip with Captain Rob and his professional crew.

Chief Stewardess: Caroline Manney
Caroline was born and raised on the beautiful Southern California coast in Newport Beach, California. She spent most of her childhood enjoying the outdoors. Whether it was learning to sail at Balboa Island Yacht Club in Newport Beach, CA, hiking Yosemite National Park, or camping in Joshua Tree National Park in Twenty-Nine Palms, CA. She has very fond childhood memories, especially of the ocean, which lead her to yachting early on. Before yachting, Caroline attended the American Institute of Massage Therapy to become an LMT. In 2016, Caroline moved to Fort Lauderdale, Florida to join the yachting industry. She has worked on both Sailing Yachts and Motor Yachts, ranging in size from 87ft to 180ft. She has cruised the waters of the Mediterranean, the Caribbean, and the East Coast of the US. When Caroline isn’t yachting, she enjoys traveling, being outdoors, and spending time in the ocean.

With Caroline’s sharp eye to detail aboard SEA SPRAY and her keen education in Massage therapy, she brings a valued quality that is necessary aboard any charter yacht that today’s clients require. Her California attitude is one that brings the very lifestyle chartering is known for. She is a true compliment to SEA SPRAY.

Deckhand: Sam Brown
Sam was born and raised in Florida. After getting his degree in Chemistry, Sam joined the U.S. Navy. He joined as a Special Forces and Operations Support Analyst, but later transitioned into Logistics and Analytics. Sam has served several tours in Afghanistan, Iraq, Europe, and Africa. He is new to yachting but experienced in Maritime Operations. Sam is aspiring to make yachting a career and transition his knowledge and love for the sea to his new position.

Chef: Mark Stanzione
Chef Mark was born in upstate New York as one of two other siblings. He grew up in Upstate fishing, playing lacrosse, and spent summers being a lifeguard.

His interest in food began watching Alton Brown’s “Good Eats” and as it grew decided it was a passion worth pursuing and started culinary school at SUNI Delhi. After obtaining a BBA in culinary management he began in the work force.

Chef Mark began working under Anthony Mazzato, Thomas Keller’s admitted protégés. As his career developed and he honed his skills, he began to develop a wanderlust of travel and being Seaboard. As an excellent yacht chef, his dreams don’t stop onboard.

His future plans include teaching culinary arts to people who share his passion.