At Barrington Hall we provide yacht charters around the world on motor yachts, catamarans and monohull sailboats. The Sailing Yacht listed below, MIDNIGHT, is one of the many yachts we offer for charter. Please contact us for up to date information on MIDNIGHT or any other yachts in your desired location. 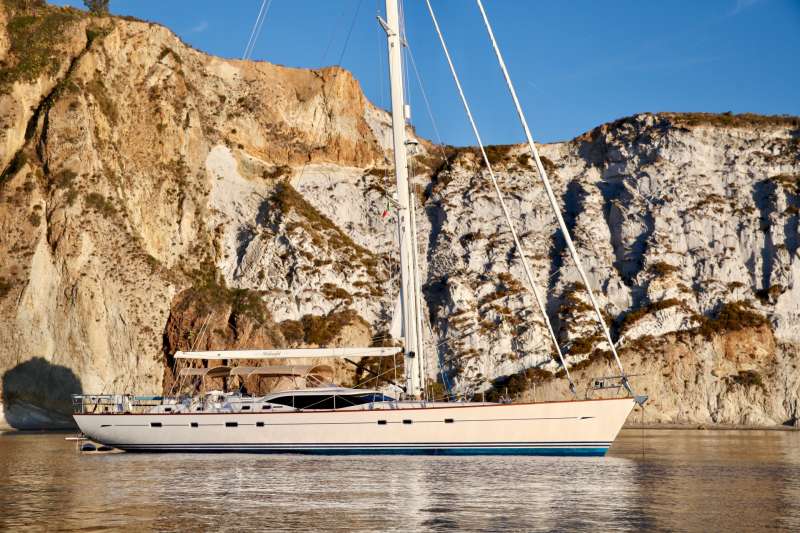 Low Price: LBS27,000  High Price: LBS27,000
Length: 26.21m
Beam: 6.32 m
Draft: 2.59m
Year: 2011
# Crew: 3
A/C: Full
Guests: 6
Cabins: 3
King: -
Queen: 2
Double: -
Single: -
Twin: 1
Pullman: -
Builder: Oyster Marine
Refit:
Accommodations: The guest accommodation is located aft of the main saloon. Midnight can accommodate six guests in three cabins each with an ensuite head with shower. The main cabin has a centerline double berth with adjustable
beds for sitting up and reading or watching TV/DVD. The Starboard cabin has a double berth and the Port cabin two side by side twin beds each with a private head and shower. 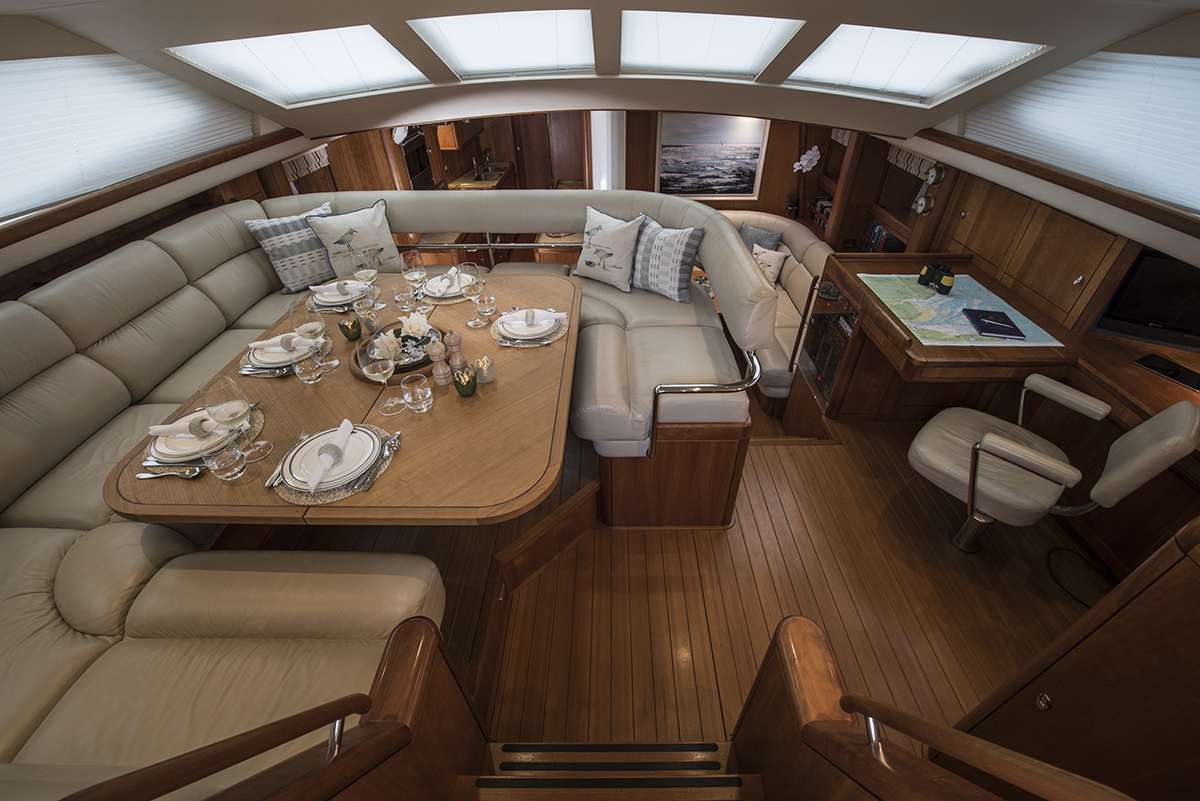 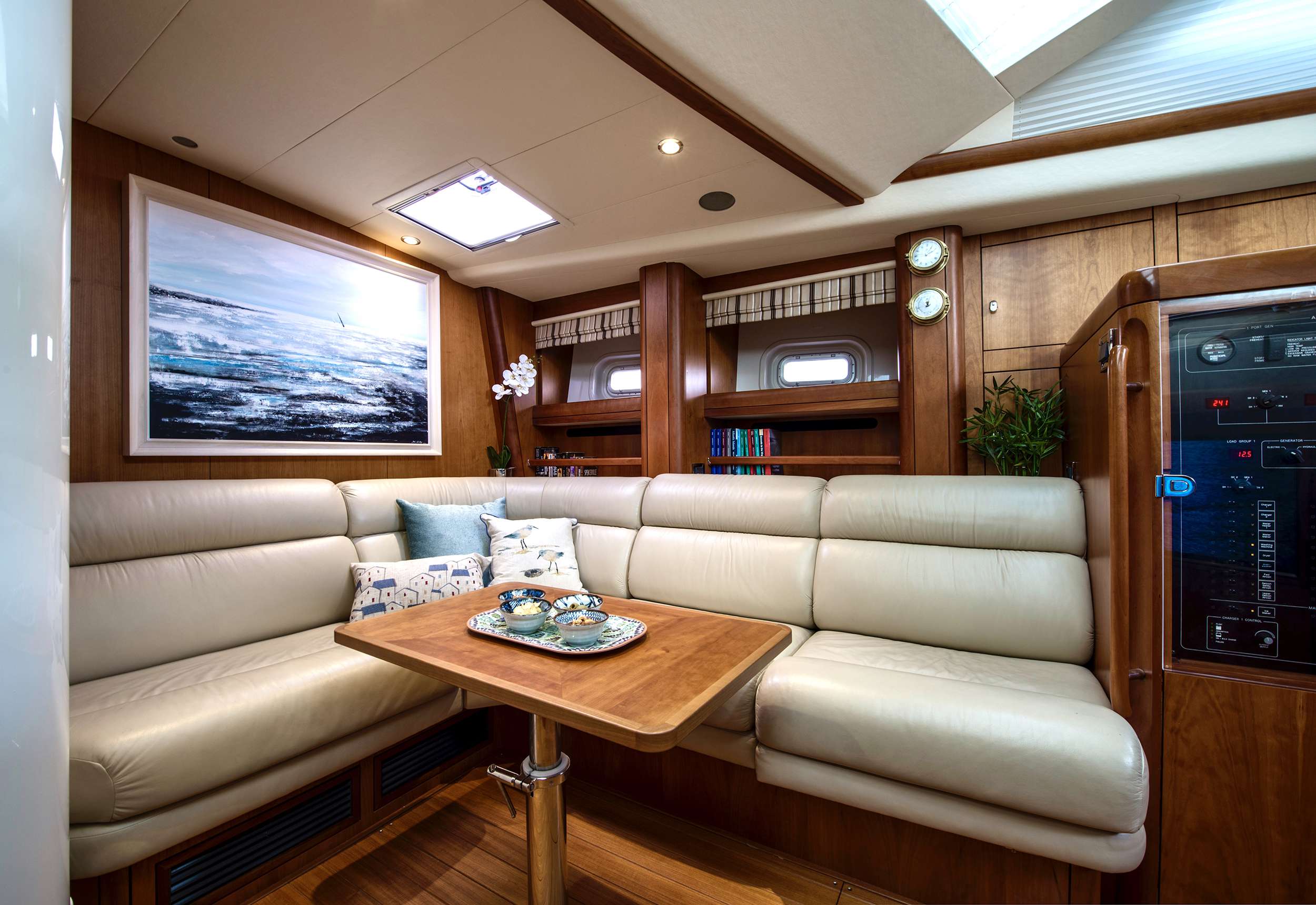 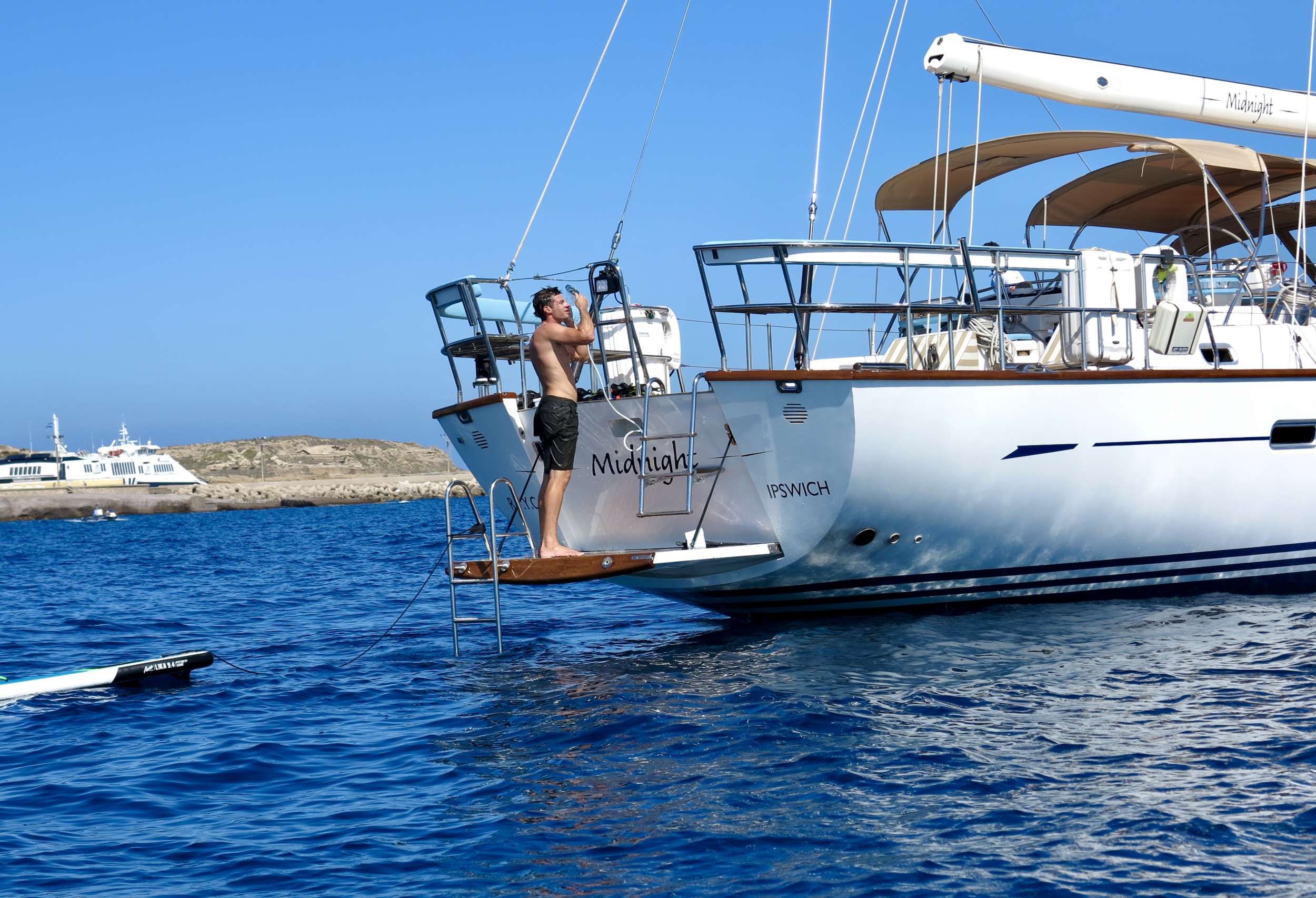 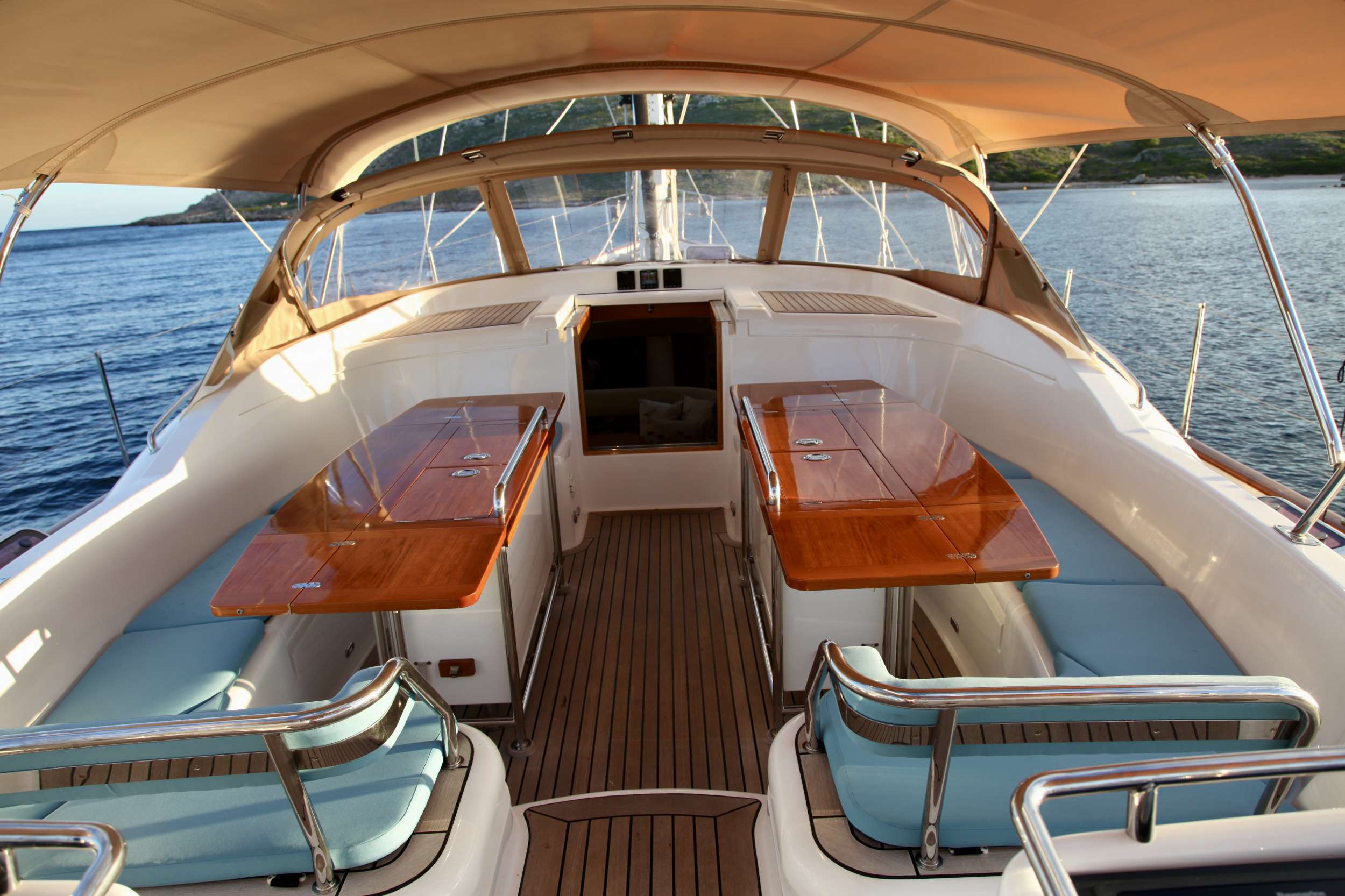 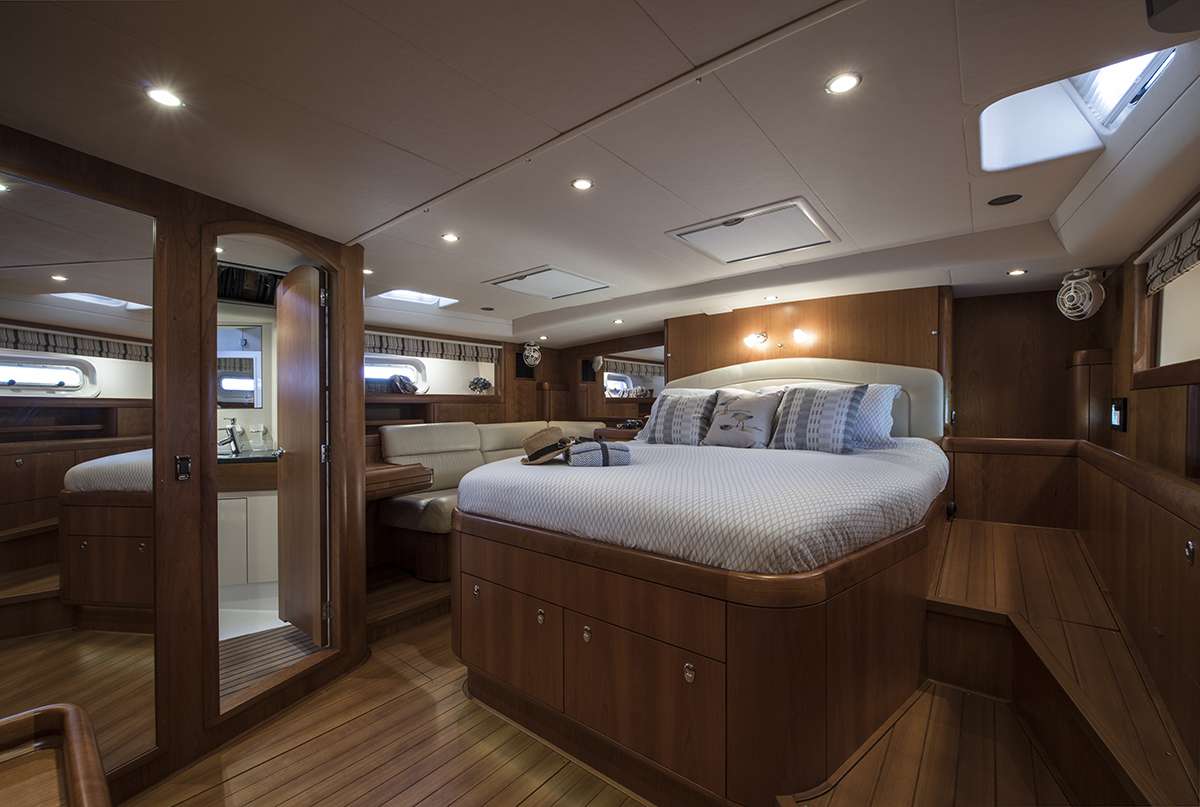 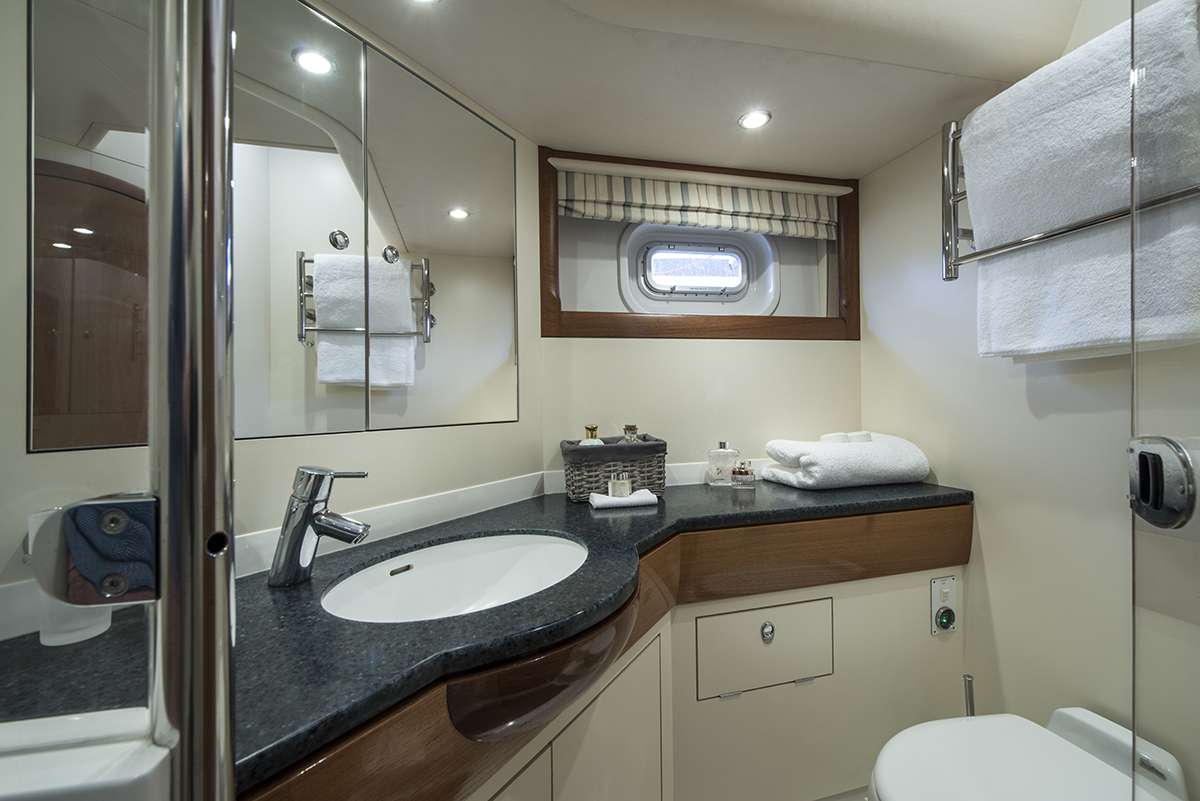 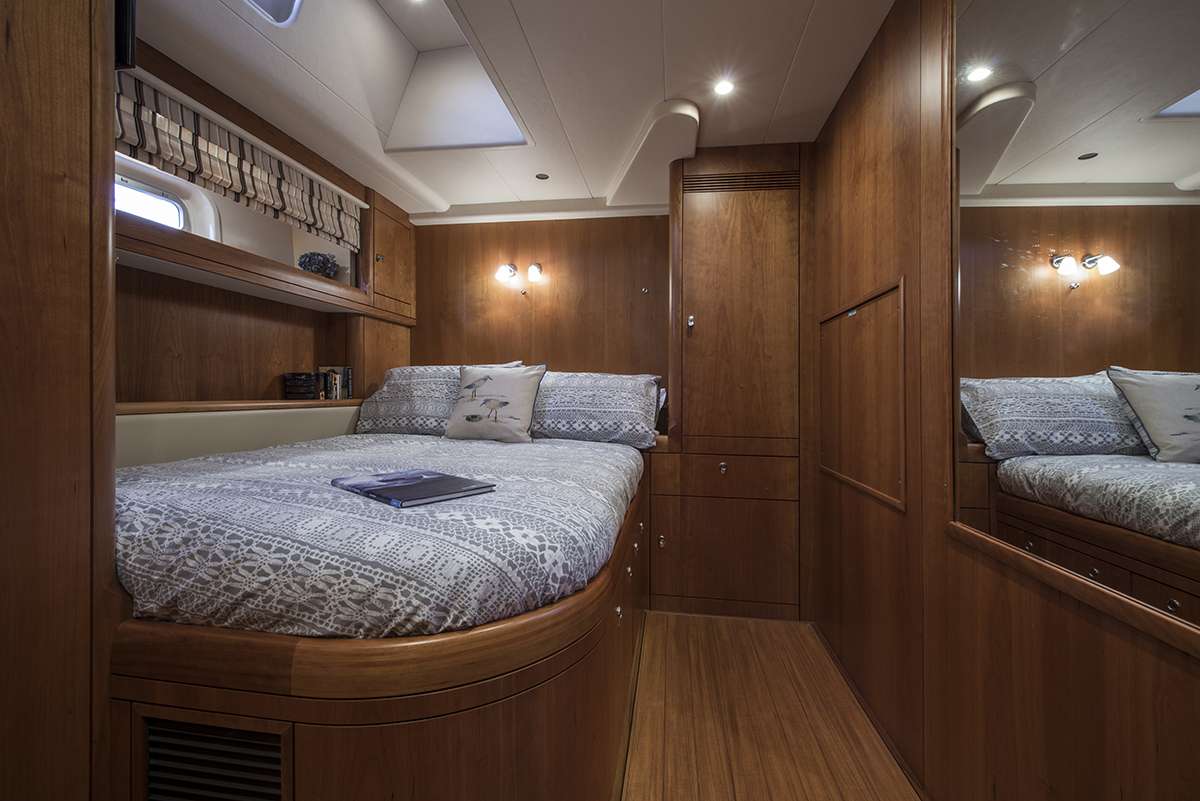 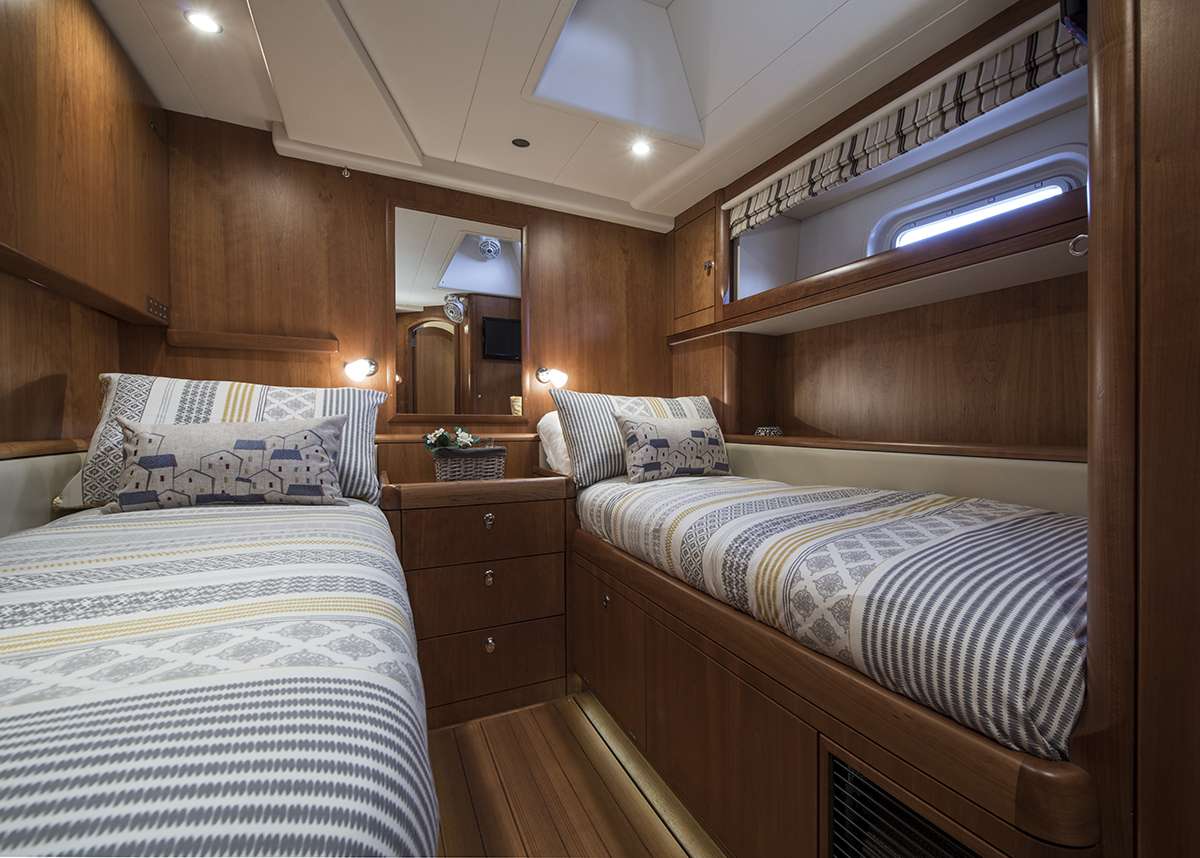 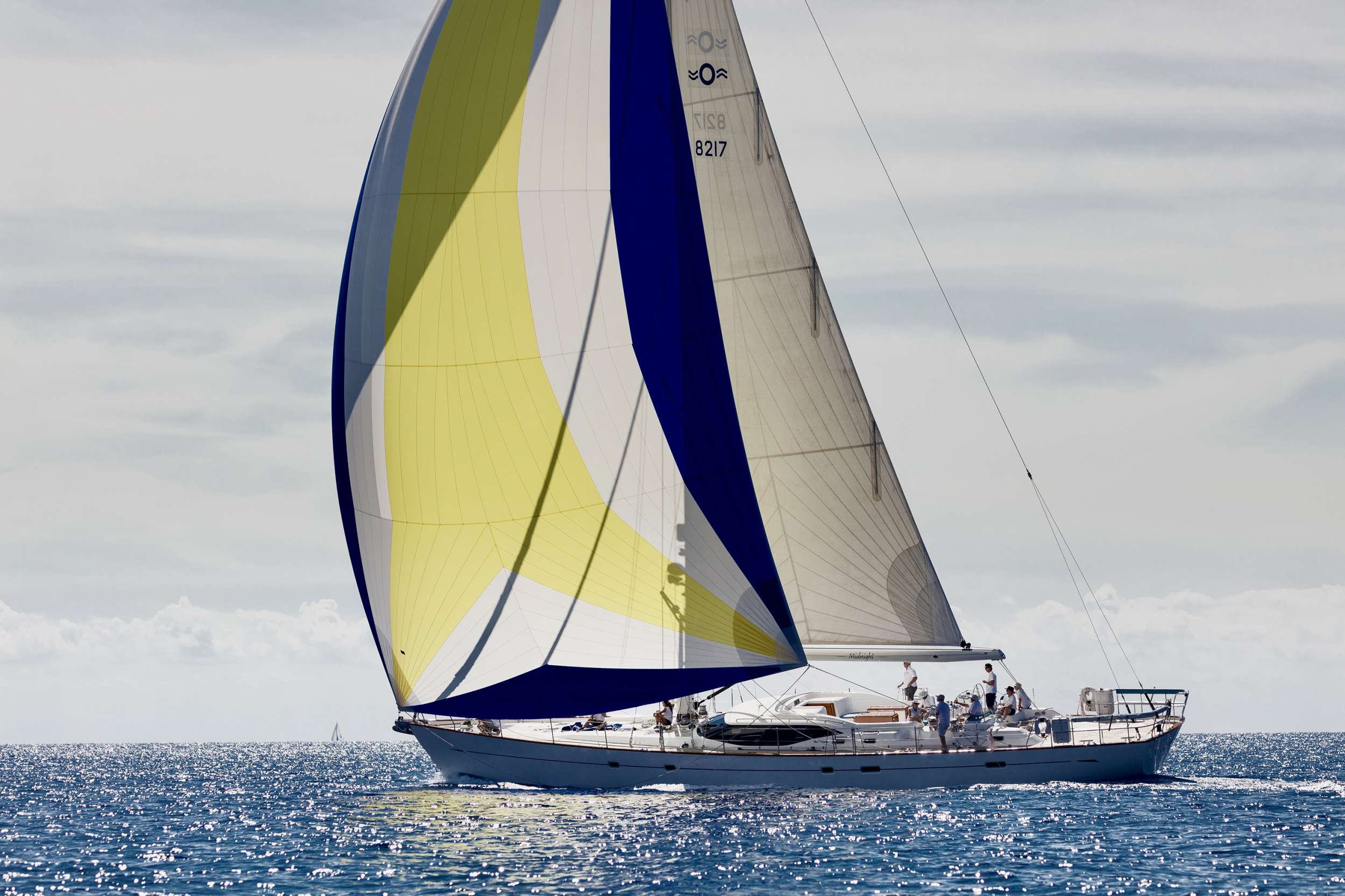 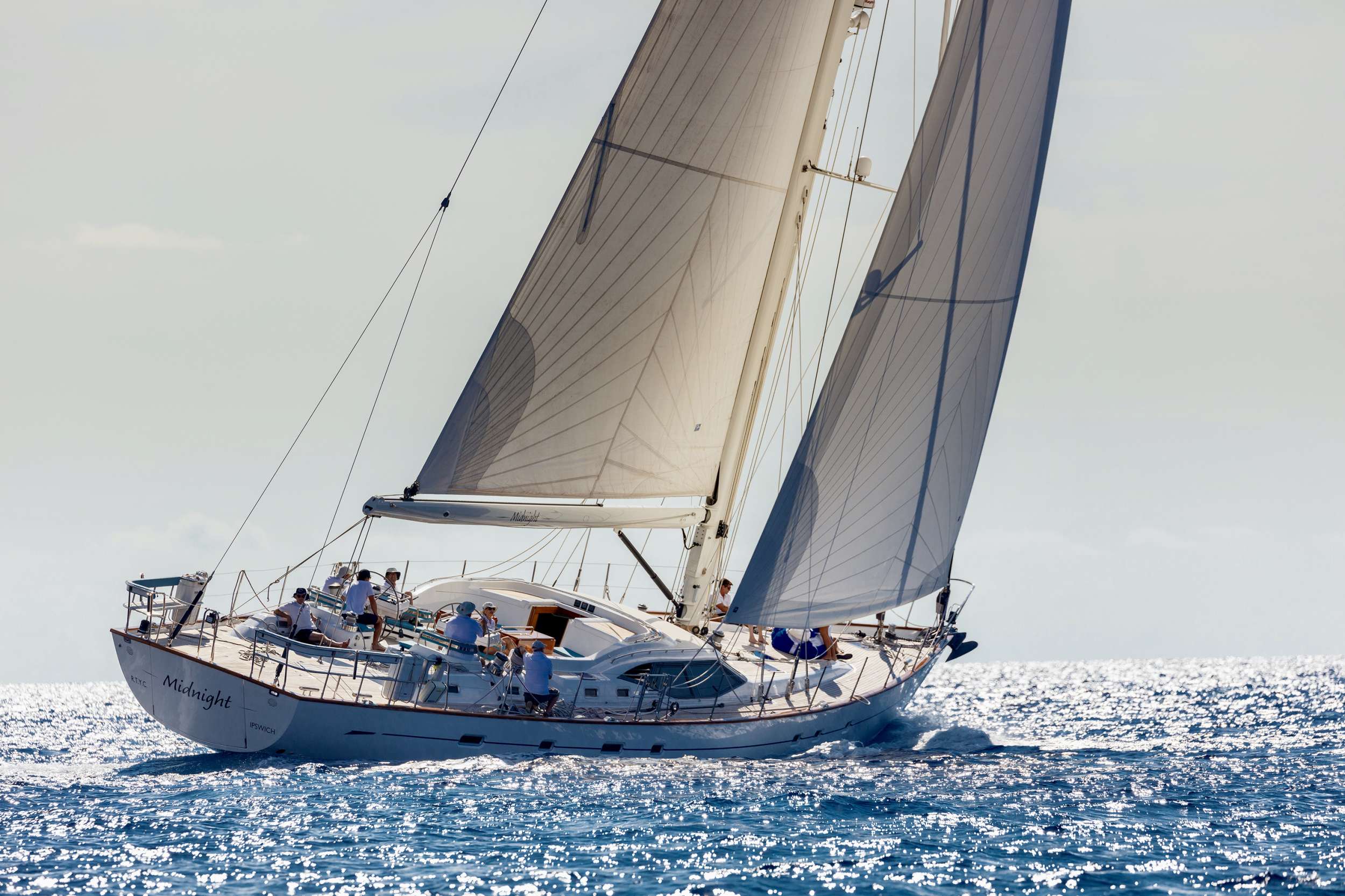 James Richard - Captain
James was born and raised in Suffolk England. Very much the adventurous type he took to sailing from the age of six when he undertook his first RYA course sailing a Mirror dinghy. He made the steady progression to yachts from dinghies in his teenage years, cruising the east coast of England and crossing the North Sea to Northern Europe.
At eighteen he became a dock master at the local marina, a dream job that allowed him to pursue his passion for boats. Two years later James was on his first Atlantic crossing, taking part in the 2009 ARC. He spent the season in the Caribbean taking part in regattas and working as a deck hand on charter yachts. He sailed back to the UK after his first season and undertook some educational qualifications, doing delivery work in between to fund it. James achieved his Yachtmaster and has spent his subsequent career between the UK, Caribbean and Mediterranean.
James was also a reservist for the Royal Navy. He passed basic training in 2013 at HMS Raleigh where he was appointed class leader and won the Captain’s prize for best recruit. The Navy allowed James to further practice his passions for team work, good seamanship and professionalism.
He met his partner Elyse in 2013 in Antigua. They have been together ever since and have worked together on a number of different yachts around the world and were married in 2019. James has over 70,000 sea miles and has raced in offshore campaigns including the Fastnet, Caribbean 600 and the Middle sea race. He has cruised extensively with Elyse around the Mediterranean and Caribbean and has crossed the Atlantic several times. Sailing is a career and a hobby for James and he enjoys every minute of being afloat.

Elyse Labrecque - Chef
Elyse was born in the country side near Quebec City, Canada, then moved to Montreal at the age of 19 to look for new challenges. She studied Visual Arts in College and then excelled in a Professional Pastry course at the ITHQ of Montreal. She has been a keen cook since childhood and loves to experiment and create wonderful meals for her friends and family.
Having her first job as a Pastry Chef in a reputable bistro in Montreal at the age of 24, she then moved to Antigua the following year where she worked as Pastry Chef as well as Raw Bar Chef in a busy waterfront restaurant.
Elyse got the bug for sailing when starting to work with James chartering around the Mediterranean, the perfect vehicle for her love for adventure, gastronomy and hospitality. She is looking forward to sharing those passions, preparing favourite meals and making sure guests have a wonderful time aboard Midnight.

Arthur Brown - Mate
As past champion in the Optimist fleet our keen young deckhand Arthur Brown started sailing at an early age. He has competed successfully and worked as a coach at international champi-onship level in several dinghy classes. He enjoys watersports of every kind and is a qualified dinghy and windsurfing instructor. From dinghies Arthur has moved on to sail aboard larger yachts and already logged over 5,000 miles of coastal sailing as skipper.
Arthur has a ‘can do, nothing is too much trouble attitude’ and is committed to ensuring that his contribution on board helps to make sure that every guest aboard Midnight has really en-joyable time.