At Barrington Hall we provide yacht charters around the world on motor yachts, catamarans and monohull sailboats. The Sailing Yacht listed below, PACIFIC WAVE, is one of the many yachts we offer for charter. Please contact us for up to date information on PACIFIC WAVE or any other yachts in your desired location. 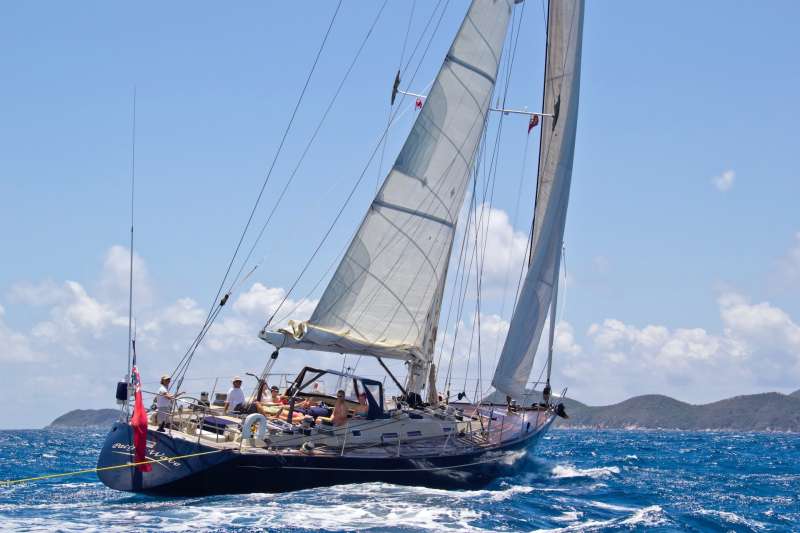 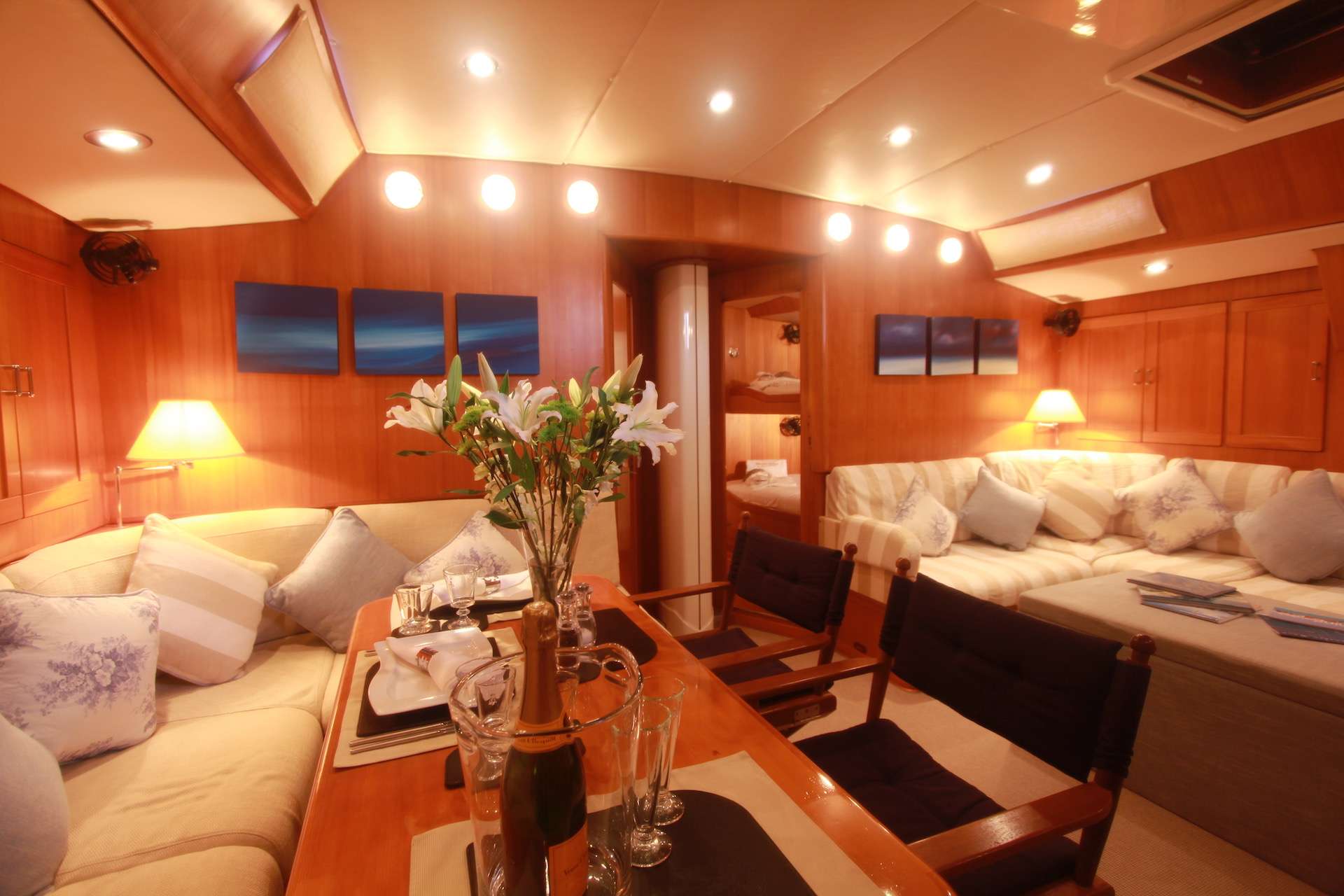 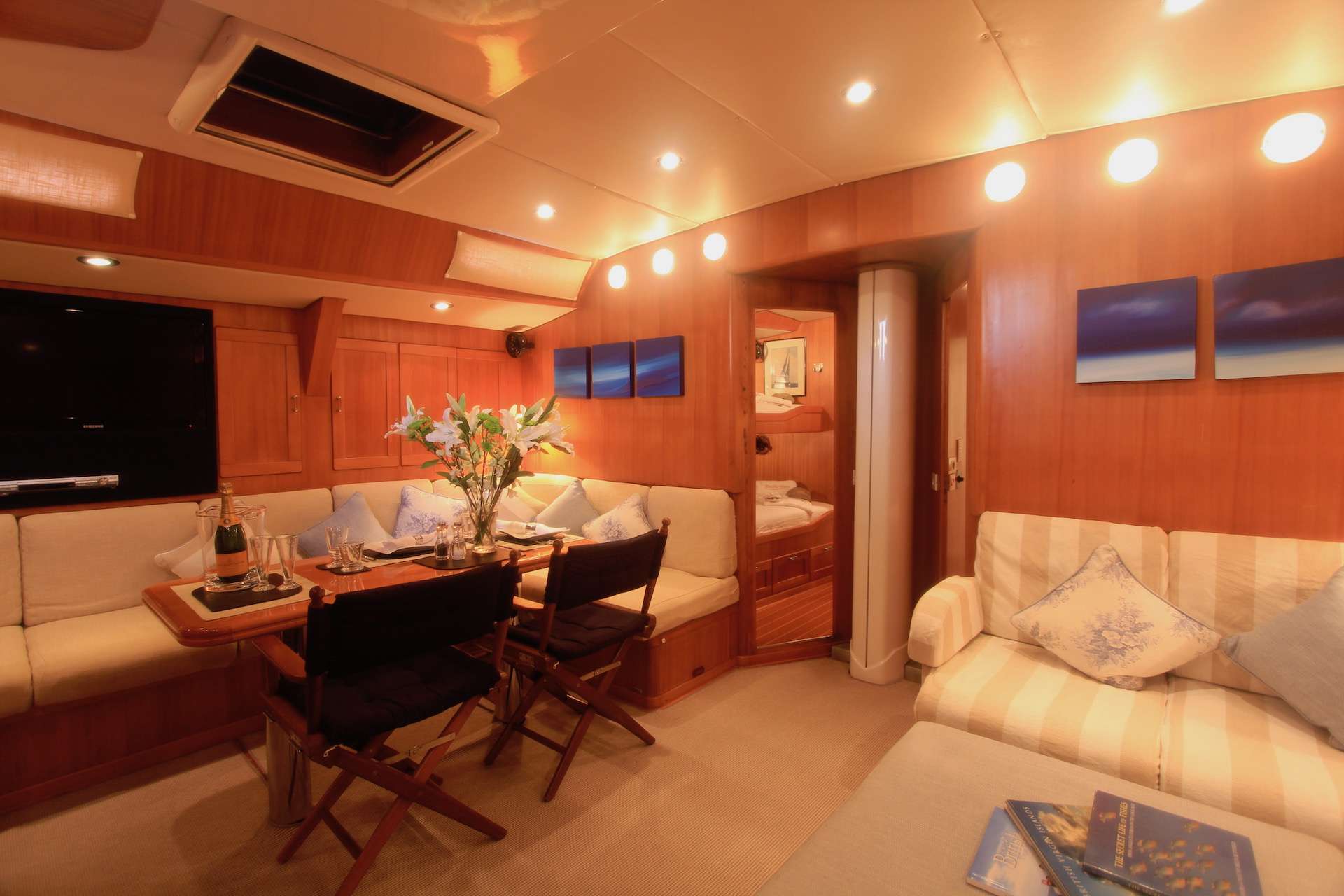 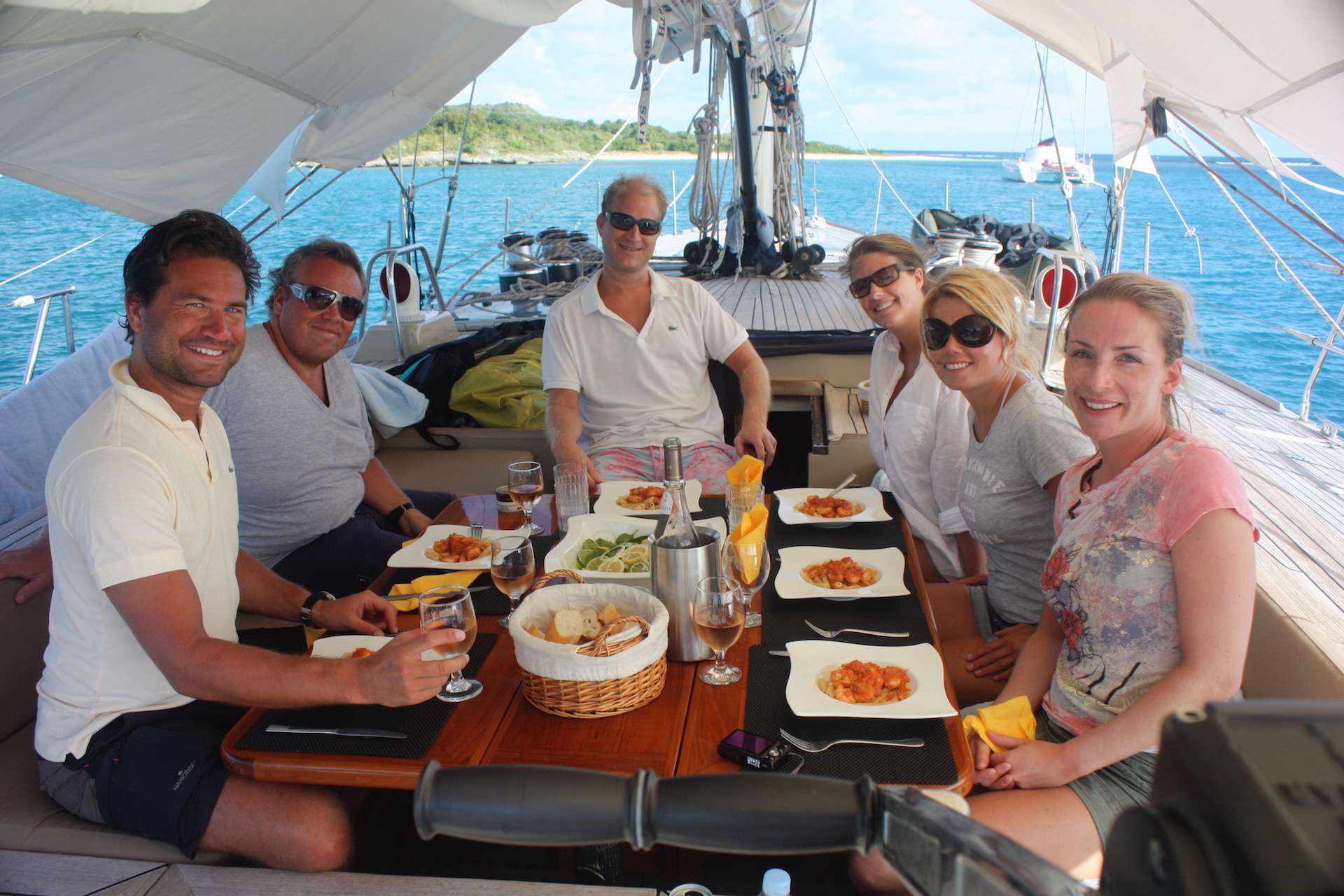 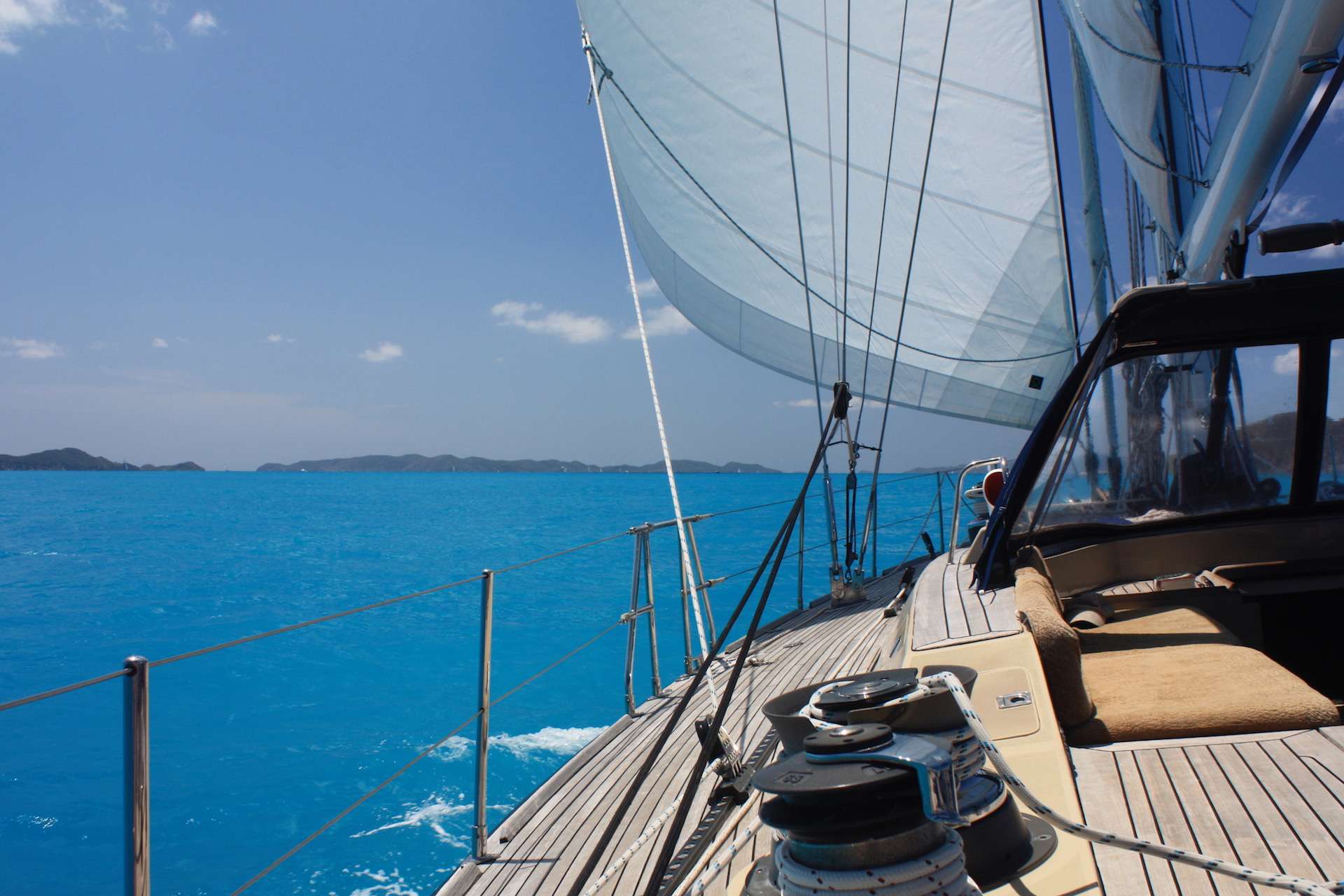 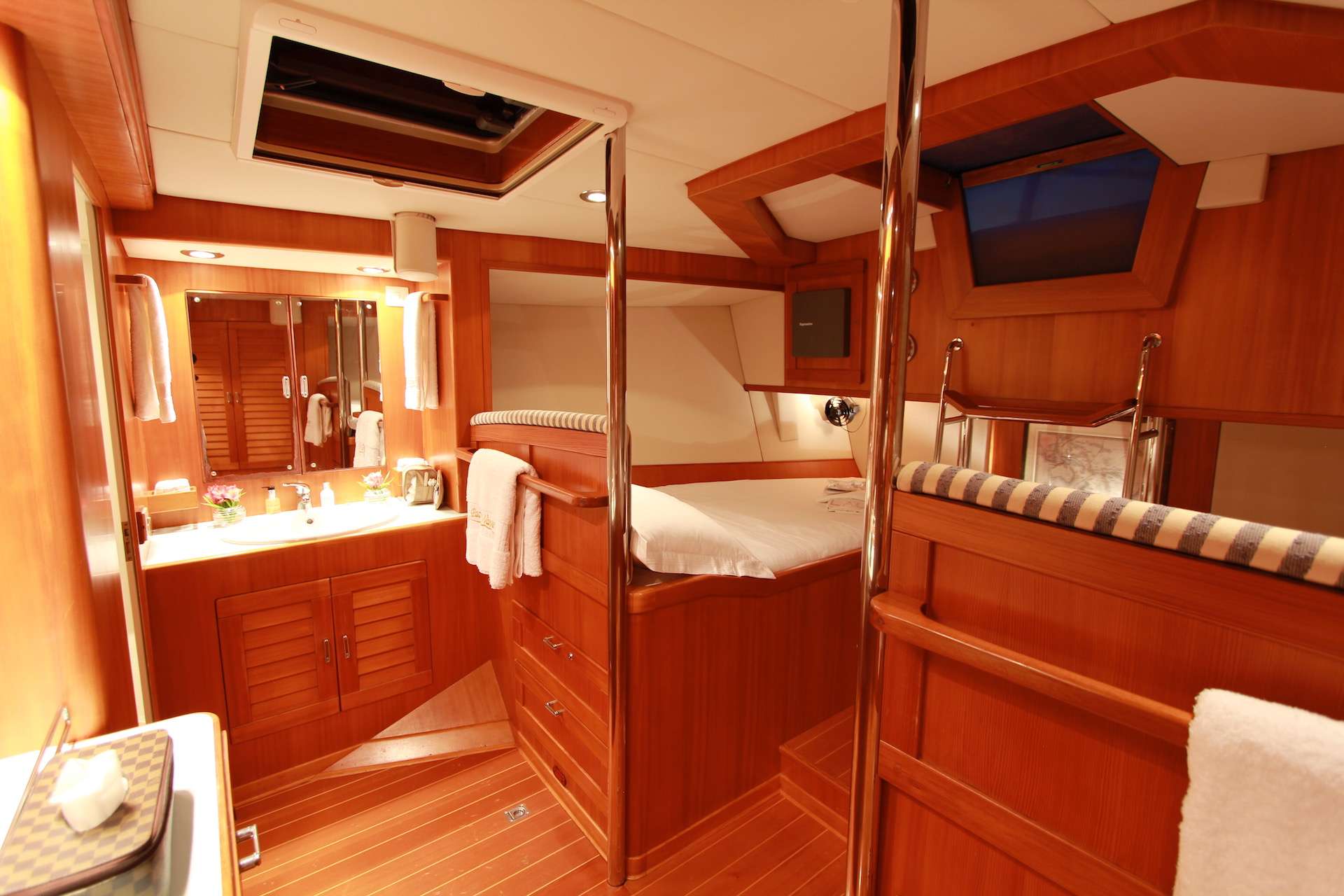 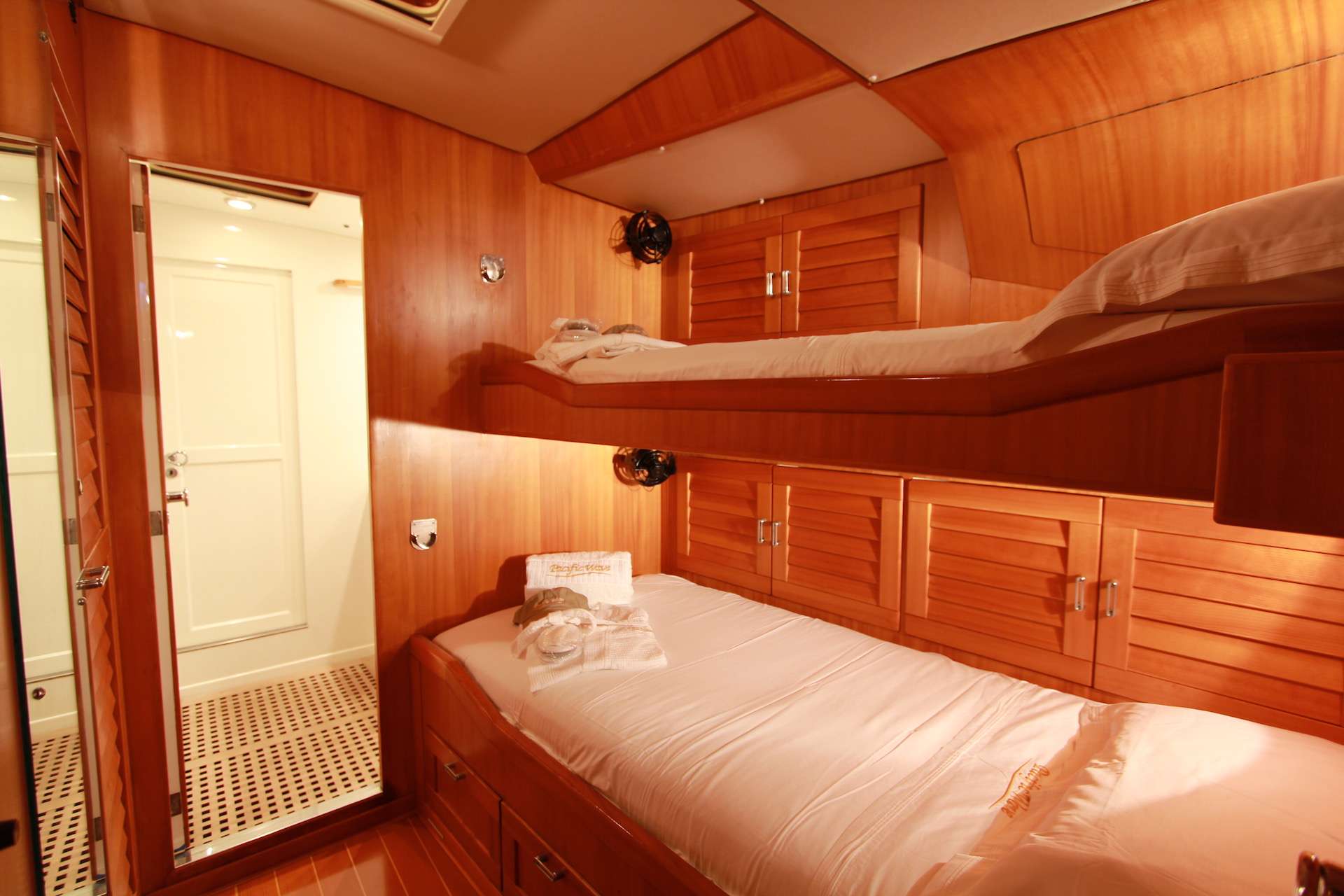 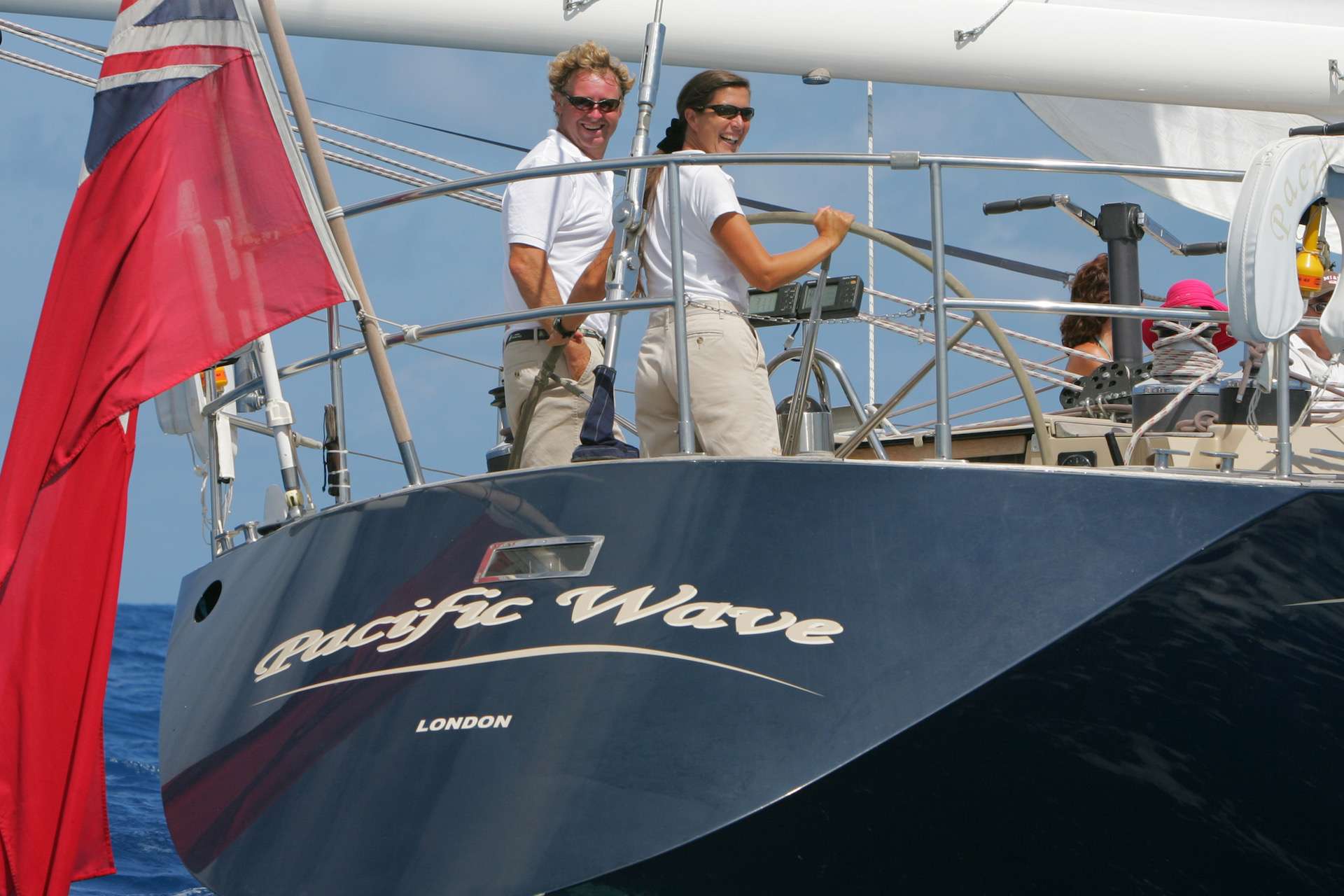 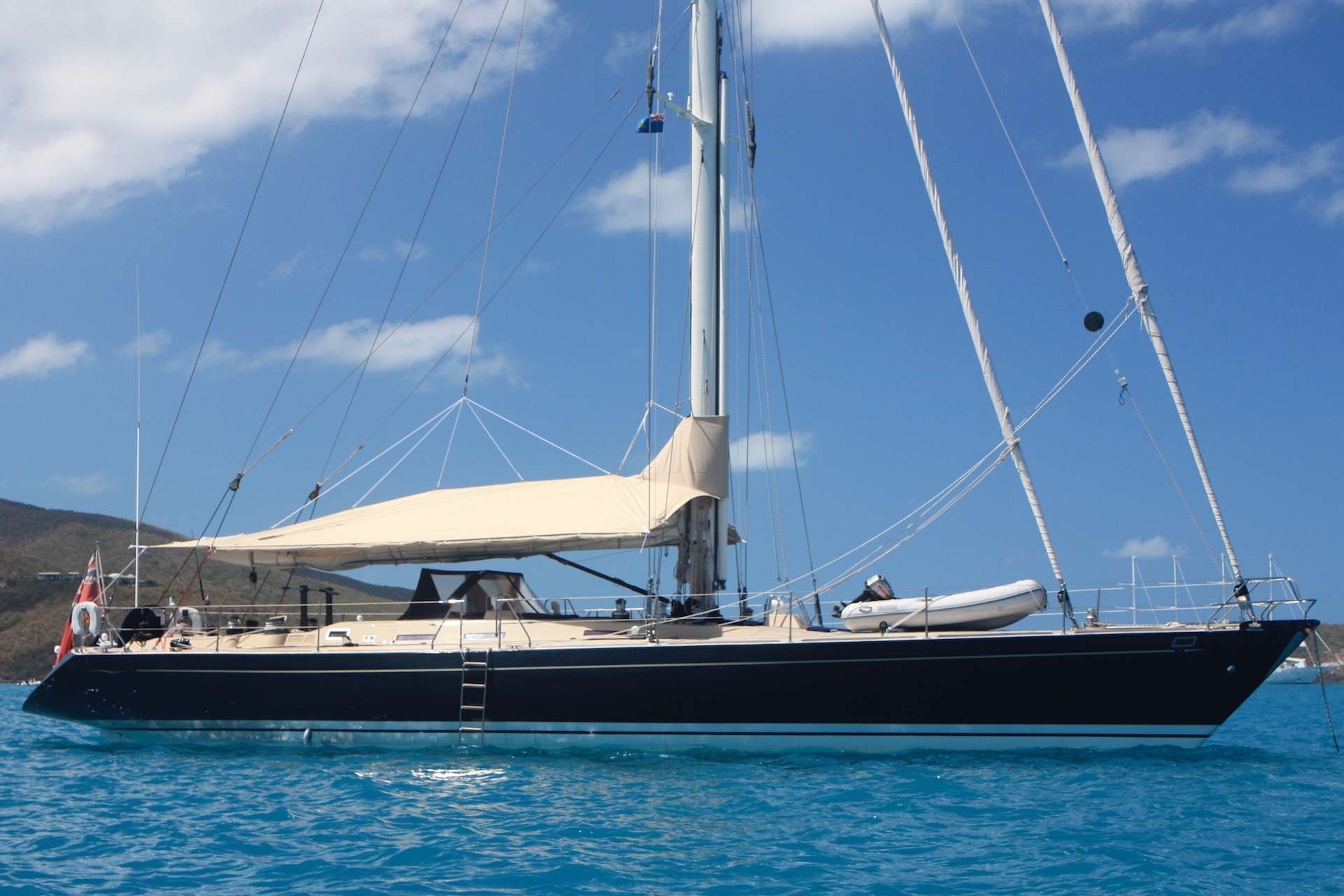 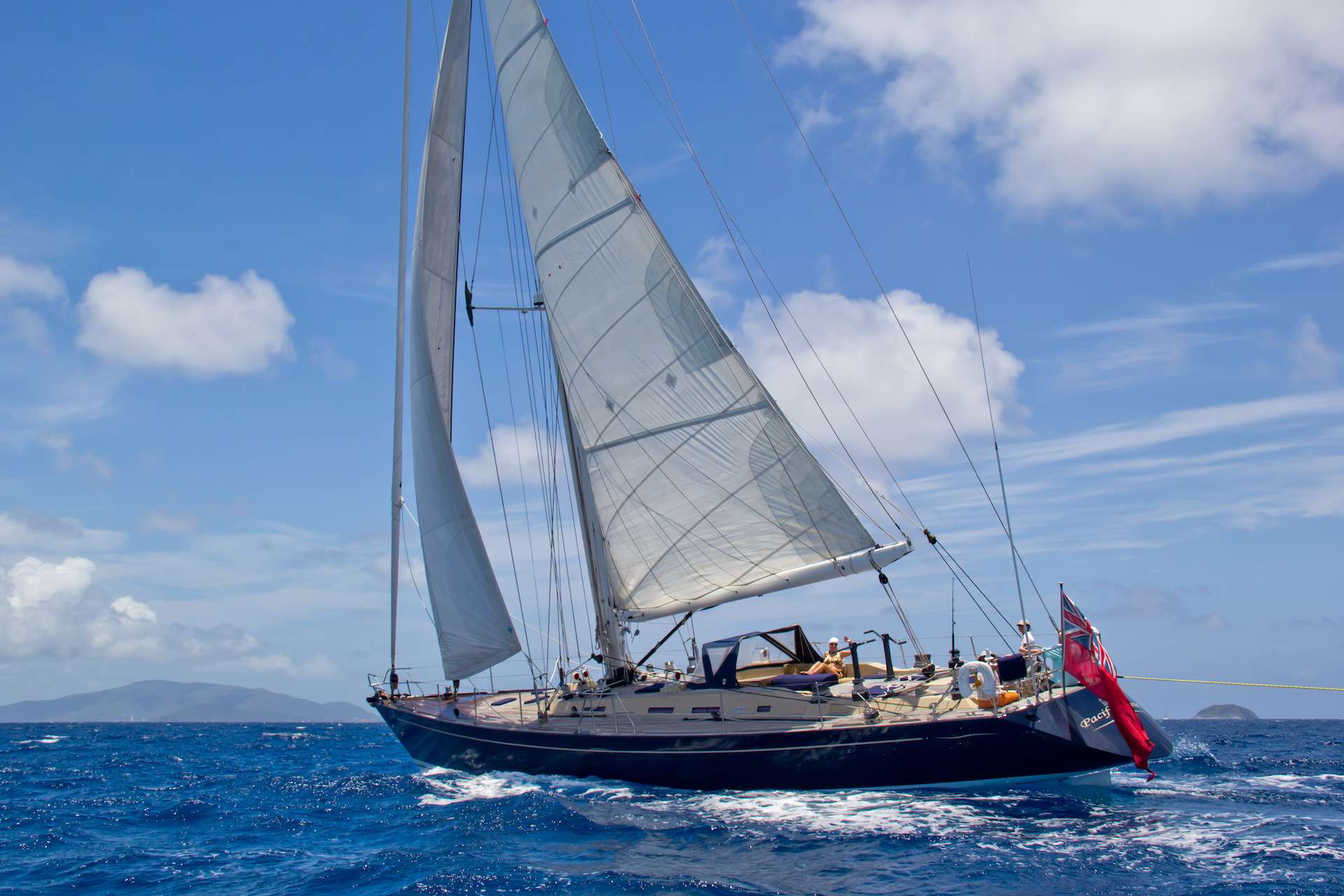 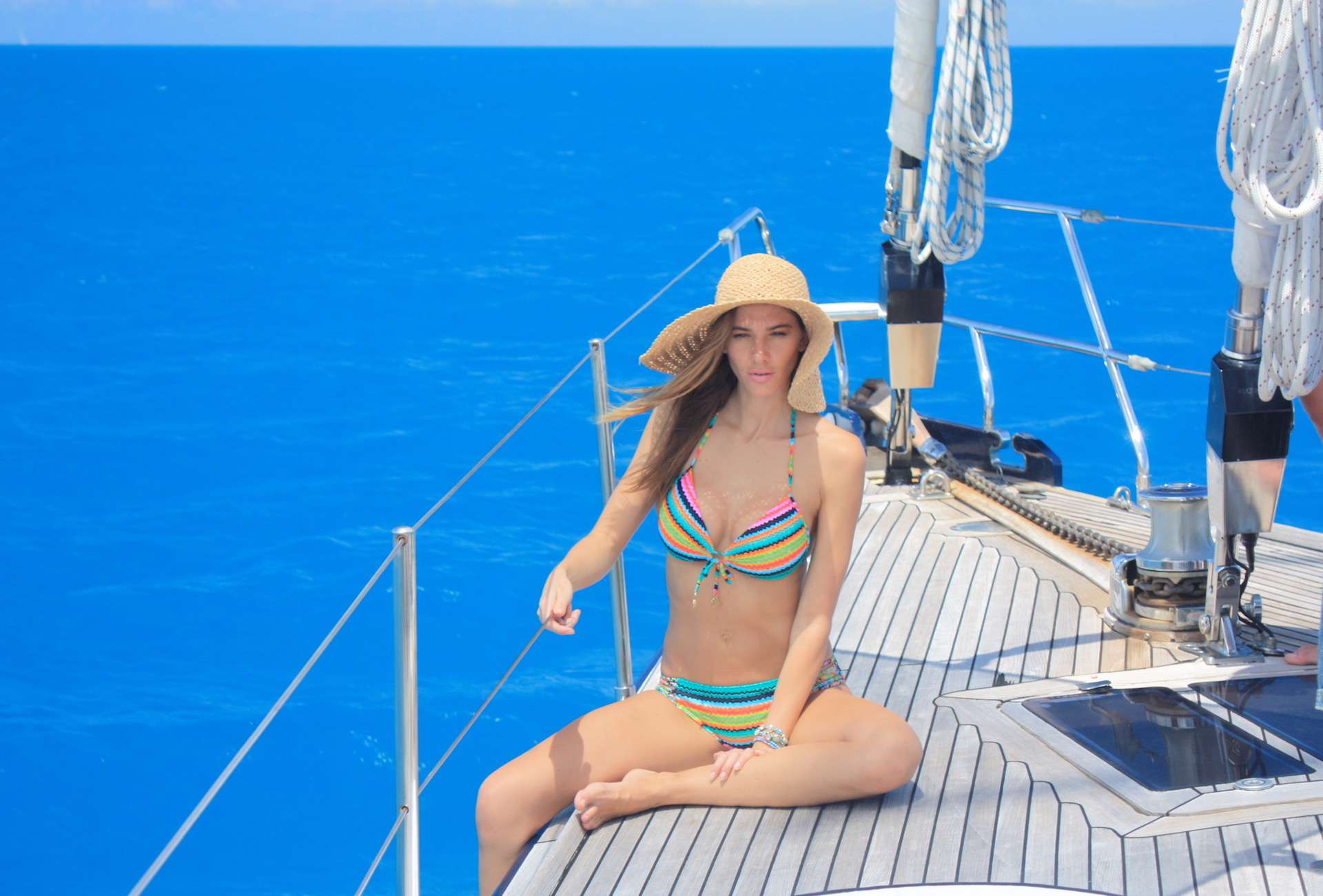 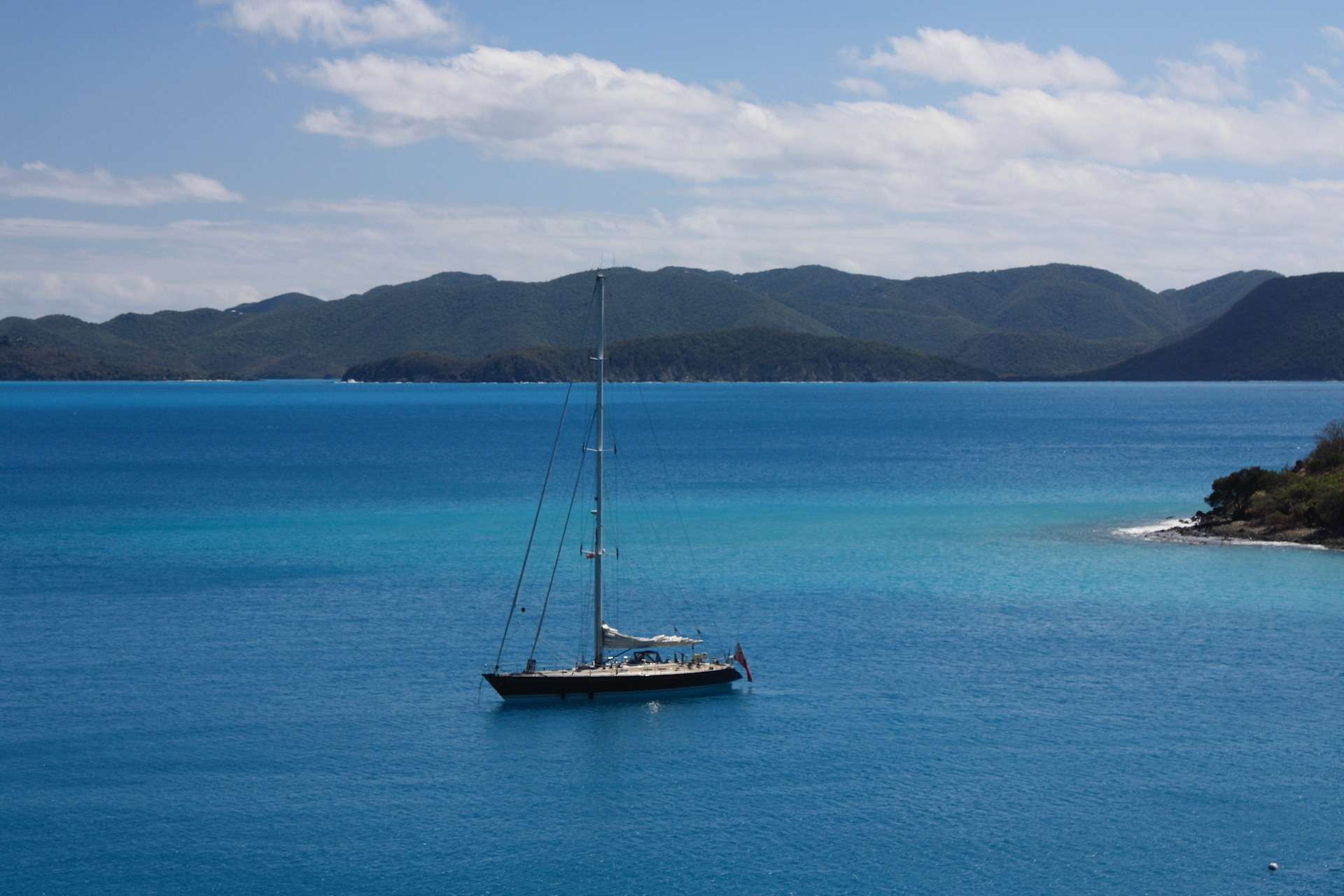 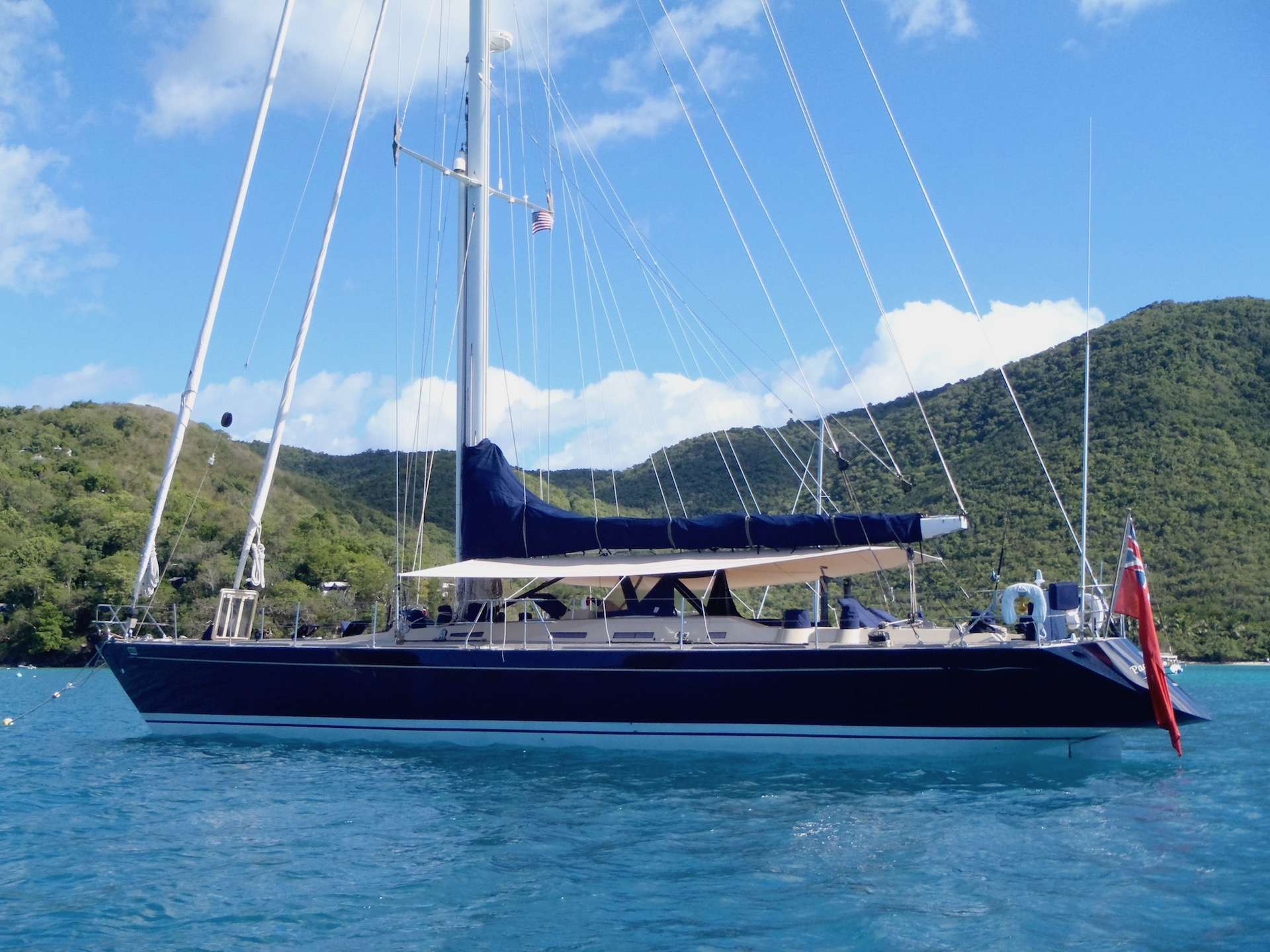 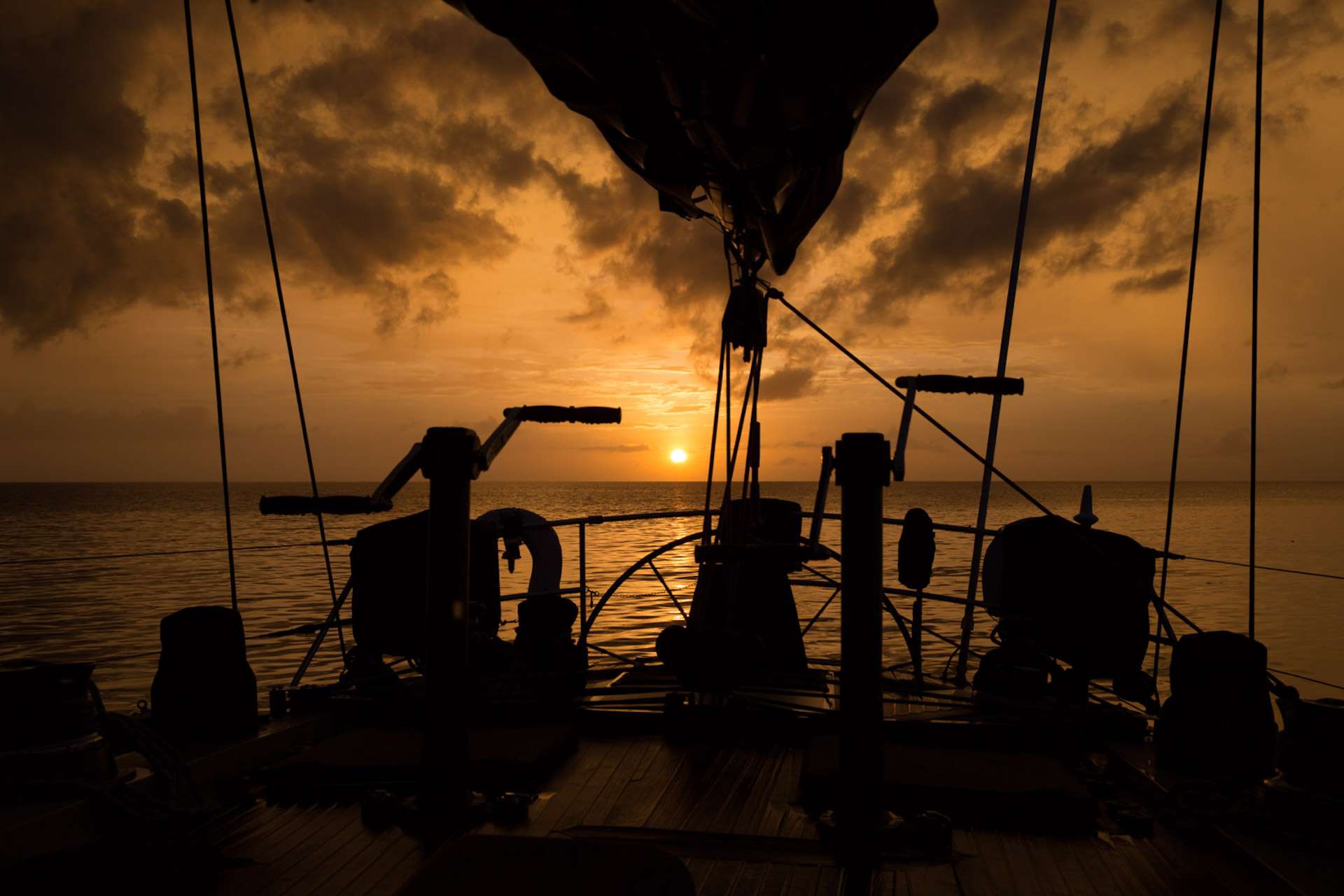 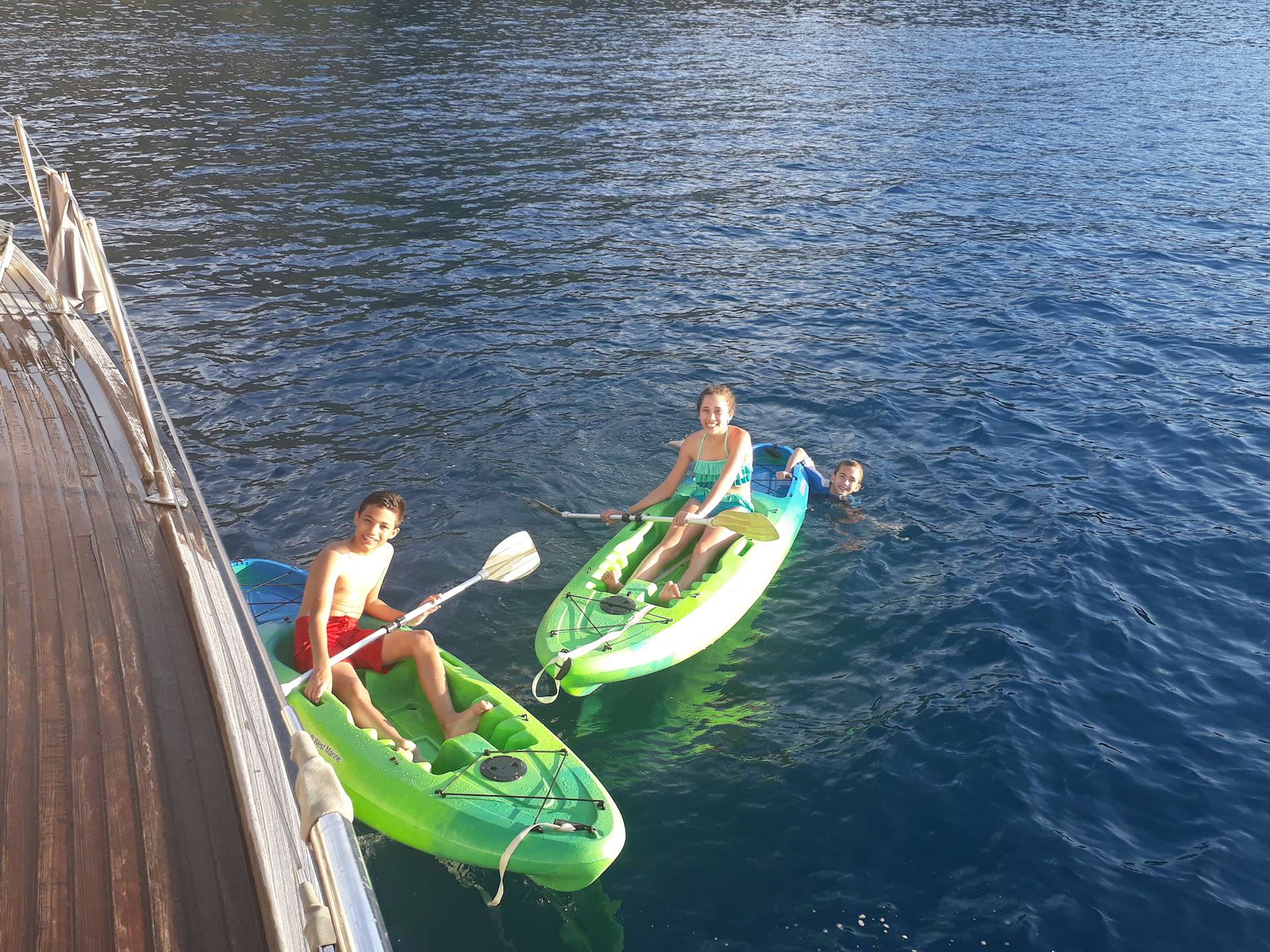 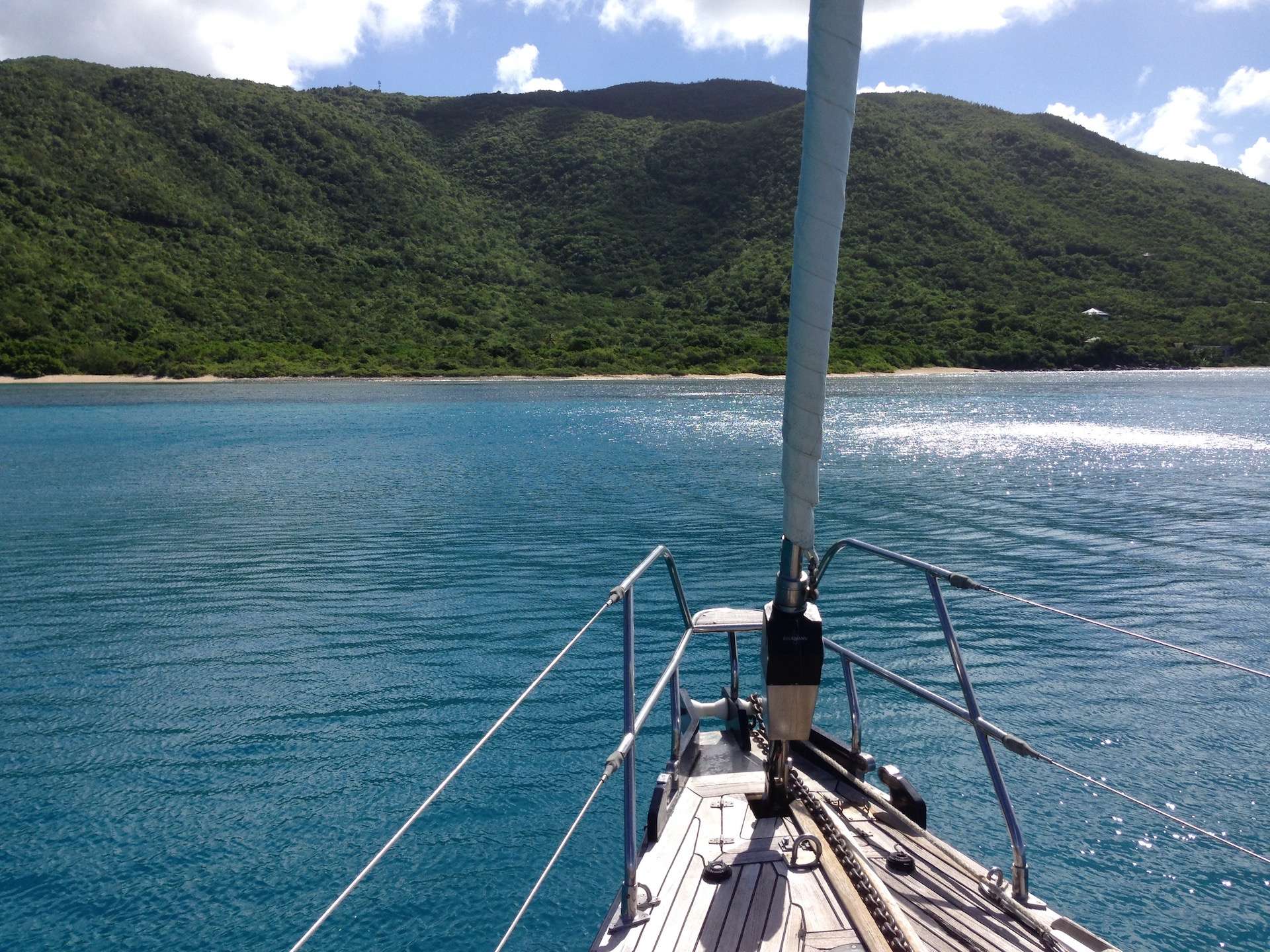 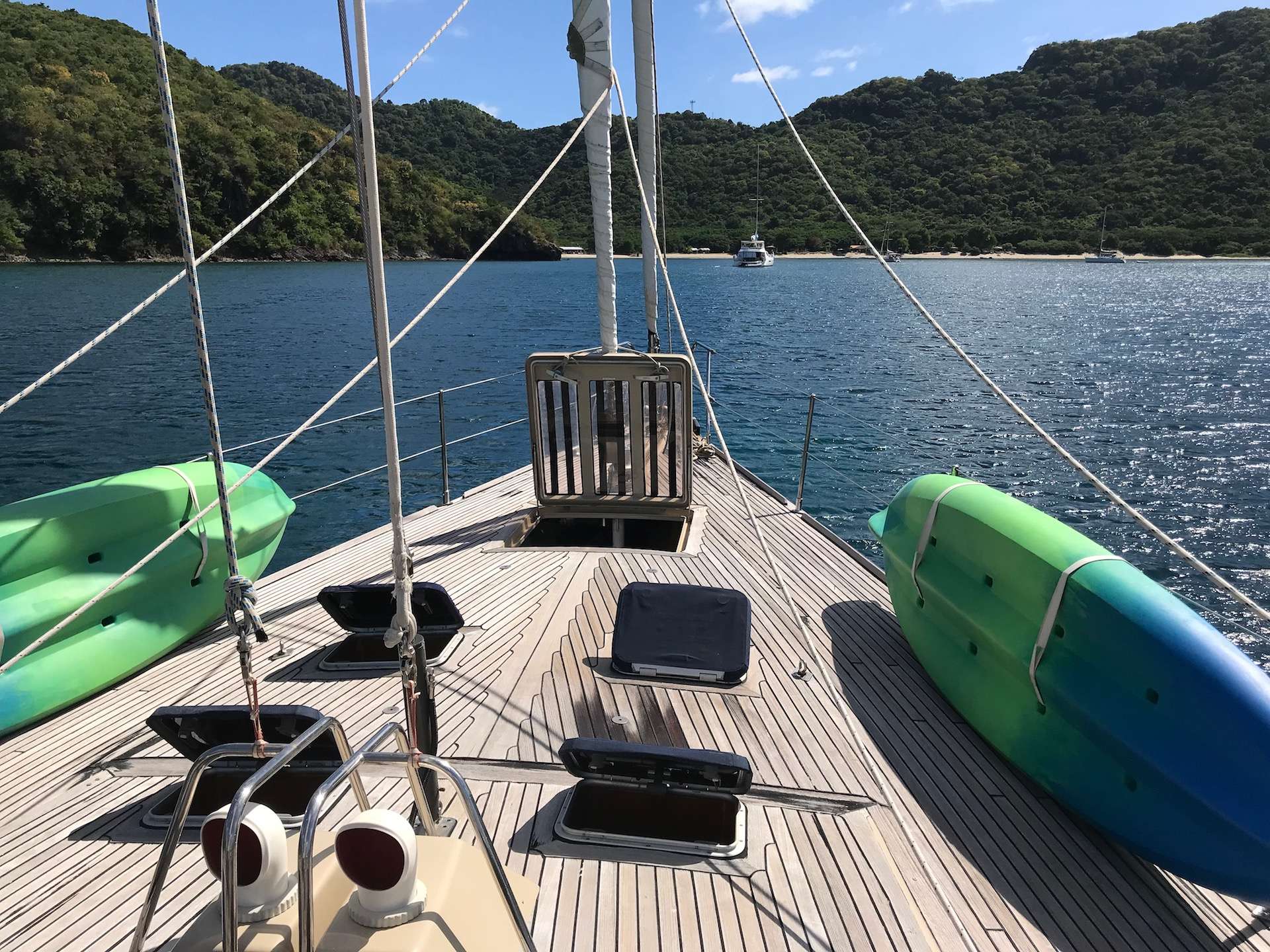 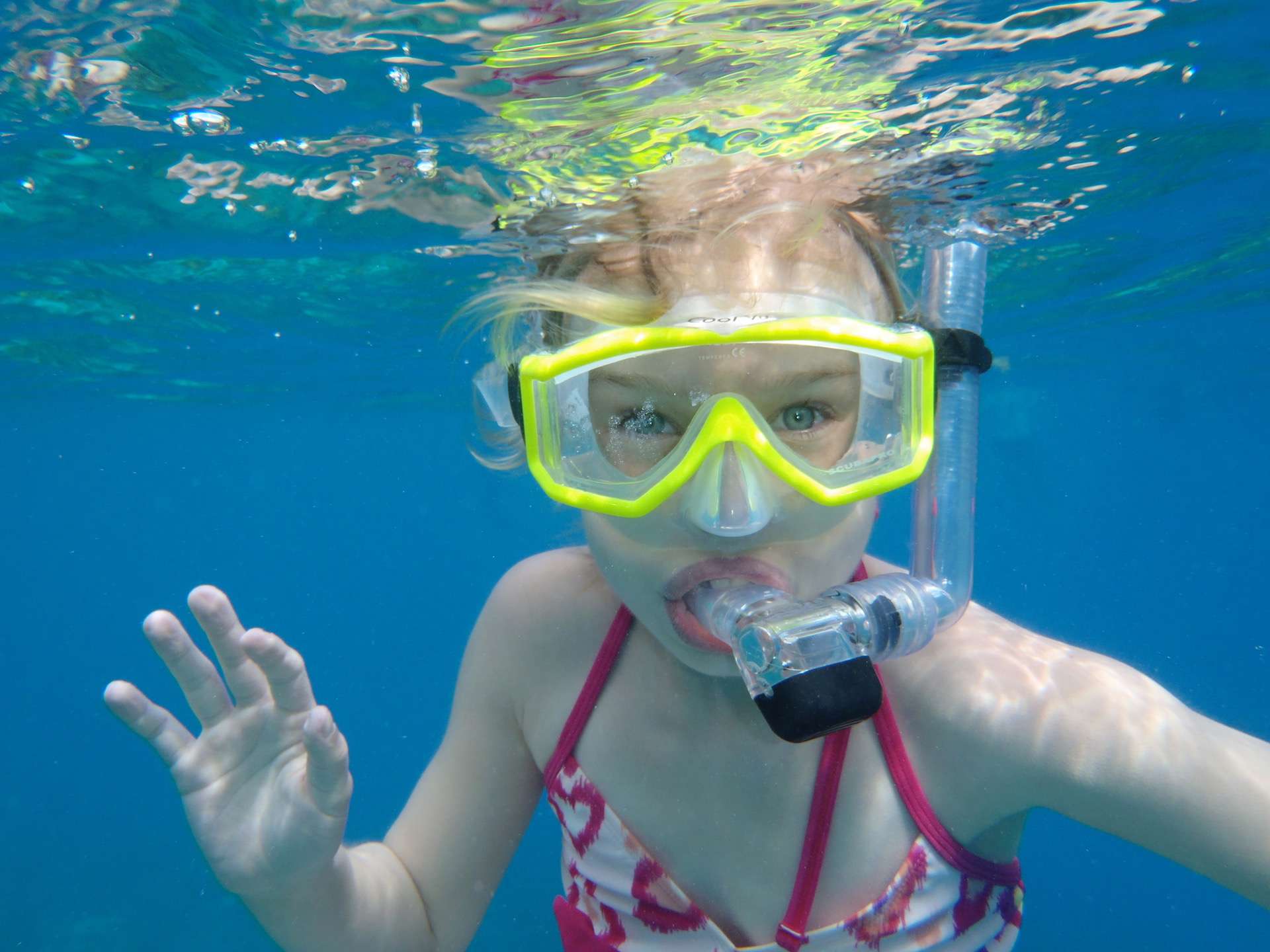 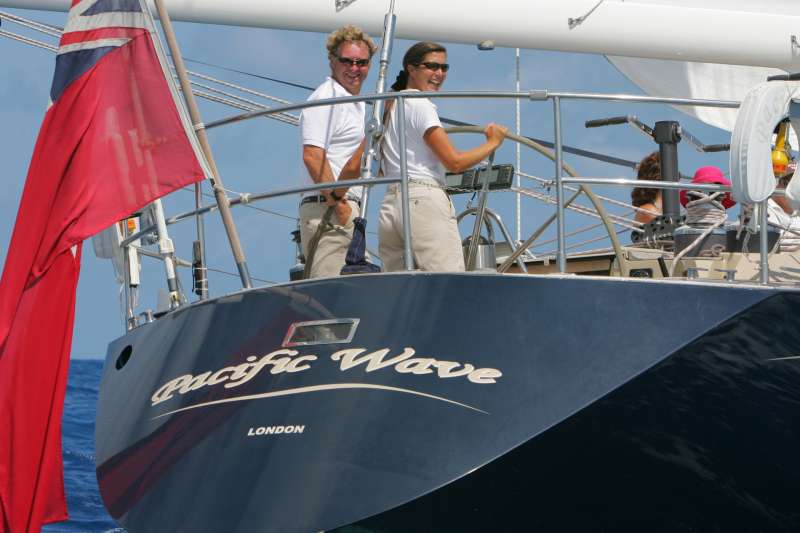 Lynn was born in Cheshire in West Central England but spent all her free time by the sea in a small coastal town in North Wales. From as early as she can remember she was on the water in some boat or another. Aged 14 she acquired her first 16ft speedboat which was in need of some TLC. Lynn removed all the yellow paint taking the hull back to bare Aluminium and restored it in beautiful Flag Blue. Her father had a successful construction company and as a schoolgirl Lynn kept the books for the family business. This led to a degree in accountancy following which she started a professional career as a Chartered Accountant. Lynn has worked in senior finance positions for some of the World's biggest Insurer's, such as Euler International, Endurance Worldwide & Groupama. Based in the City of London she travelled all over Europe and specialised in setting up from scratch new Insurance Companies. After work she loved her TVR sports car and golf. She was also a qualified aerobics instructor and in the evenings after work she taught aerobics for 12 years. For her vacations Lynn loved to travel to the Far East, Middle East, and golf courses all over Florida; always taking to the water wherever possible.

Her busy career took her away from her first love of sailing but since 2001 she's been back on the water qualifying with an "MCA Master 200 tons" licence and an "RYA Commercially Endorsed Yacht Master" ticket for sailing vessels and has been sailing full time for many years most of the time as Skipper of medium to large yachts. She owned her first yacht in the UK for four years (a lightweight Scandinavian built racer called Temptress) and cruised and raced her extensively up and down the south coast of the UK. She's raced seriously at regatta's such as Cowes Week, Cork Week, Antigua Race Week & St Maarten Heineken Regatta. She's sailed on a 100ft Wally up and down the Caribbean and a large Oyster from Ireland across the Mediterranean to Croatia. Lynn was a Rear Commodore of the Little Ship Club, the oldest sailing club in the City of London. Along with social activities and club cruises she also organised popular weekend racing. She started a winter racing series that encouraged members back onto the water and re-vitalised the club.

Lynn has intimate knowledge gained from years of experience of both Caribbean and Mediterranean sailing which includes both island cruising and full on racing. Lynn and Mark met at Antigua Race Week in 2004 and have been sailing ever since. Since purchasing Pacific Wave in June 2008 she has been sailing with Mark full time, travelling up and down the Caribbean every year from Puerto Rico to Trinidad.

Lynn is a keen diver and underwater photographer and is a qualified PADI Divemaster.

When not sailing or diving she is a keen golfer and accomplished horsewoman. She has an uncanny ability to find the best anchorages close to the best golf courses and the best stable yards.

Mark�s home county of Dorset in South West England was a good place to grow up and become involved in both sea and farming and, after his partner Lynn, it�s not surprising that his main passions are sailing and food. Mark's adventures started early, aged 18 he did his first big sailing trip - 1,300 miles in an old C&N sloop from Lymington on the south coast UK to La Coruna in northern Spain and back. Also at the age of 18, and travelling alone, he walked 5,000 miles from Cape Town South Africa to Cairo Egypt. It took seven months, cost 0, and included being arrested for spying in Uganda. After this and some time running around in the British Army it was a welcome rest to go to college aged 24 and study Agriculture. While there he found enough spare time to become elected President of the Students Union - campaigning tirelessly for cheaper beer. After college he was a shepherd for large flocks of sheep in southern England and then he farmed in south west Portugal, growing vegetables and raising sheep. He was a Royal Bath & West of England scholar, travelling to Australia and New Zealand to study problems with drug resistance in sheep flocks. After 6 years in Portugal he returned first to the Isle of Wight and then Cambridge UK, but travelled all over the world to buy produce and then sell it to UK supermarkets. He spent his free time dinghy sailing and racing at Grafham Water and on the Suffolk coast - and flying. Mark has been an aeroplane pilot for over 20 years and he likes to bring the discipline of flying to his everyday job as a professional sailor. In 2003 Mark returned to the Isle of Wight and went sailing full time but kept his toe in the agricultural water with sweet corn in Hereford and Christmas turkeys in Marlow. He now holds an "MCA Master 200 tons Unlimited Area" licence and "RYA commercially endorsed Ocean Master" tickets, both for sailing and power vessels.

Mark learned to dive age 13 in Malta and then with the British Sub Aqua Club. He dived wherever in the world his work happened to take him and he is a PADI Divemaster.

He speaks good Portuguese and gets along well in Spanish and French. Mark's previous career in agriculture brought him close to food preparation as well as food production and he has worked on road shows with some of the most renowned celebrity Chef�s of today. His style is tinged with global influences but mix Southern Mediterranean light cooking with classic cuisine and an intimate knowledge of quality fresh local ingredients.